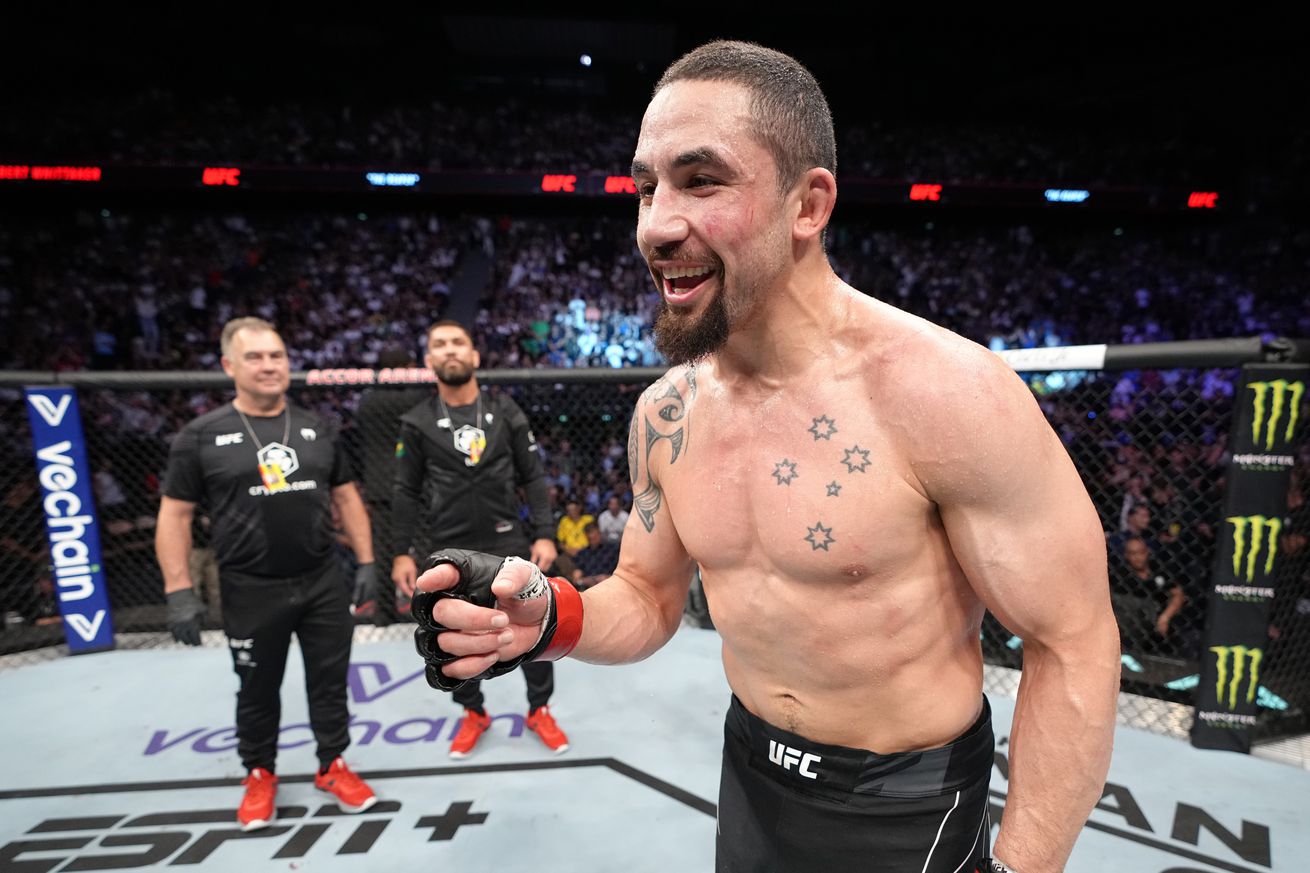 Robert Whittaker had his fellow fighters in awe on Saturday.

The former UFC middleweight champion put on a masterful three-round performance against Marvin Vettori in the UFC Paris co-main event, overcoming a slow start to soundly out-strike Vettori in the second and third rounds. Vettori was a game opponent as he survived multiple punches and kicks to the head to make it to the cards, but in the end there was no question that Whittaker was the better man.

It was yet another outstanding performance for “The Reaper,” who bounced back from a title fight loss to rival Israel Adesanya. Where Whittaker goes from here is anyone’s guess, but for now he remains one of the two best fighters in the world at 185 pounds.

There was also plenty of praise for Vettori’s toughness and you can see the best social media responses to the fight below.

They grow up so fast

Vettori is a damn truck

Marvin has to take the space from Whitaker if he wants success. Stay in the the pocket

Idk what these commentators are watching

When Rob starts landing hard and constantly your not long for that fight!!!#UFCParis

Bobby has found his range now by utilising the fakes and got Marvin on the back foot and second guessing his own attacks. Very high fight IQ

Fight could be 1-1 right now #UFCParis

Great second round for Whittaker #UFCParis

Whitaker is getting more and more comfortable 2 – 0. If Marvin wants to win this fight he has to go for broke and take risk inside the pocket. #ufcparis

I think when it’s this high in the rankings they should do 5 rounds!!!

Whittaker picking up the pace. So clean with the 1-2’s down the pipe. Basic. Fundamentals. Then that tricky/slick same-side headkick behind it. #UFCParis

Master class performance for the Aussie! Whittaker just showing he’s one of the best #UFCParis

What a performance by Whittaker.. Calm, composed, crispy and sharp!! #UFCParis

This just shows how GREAT @stylebender is. #UFCParis