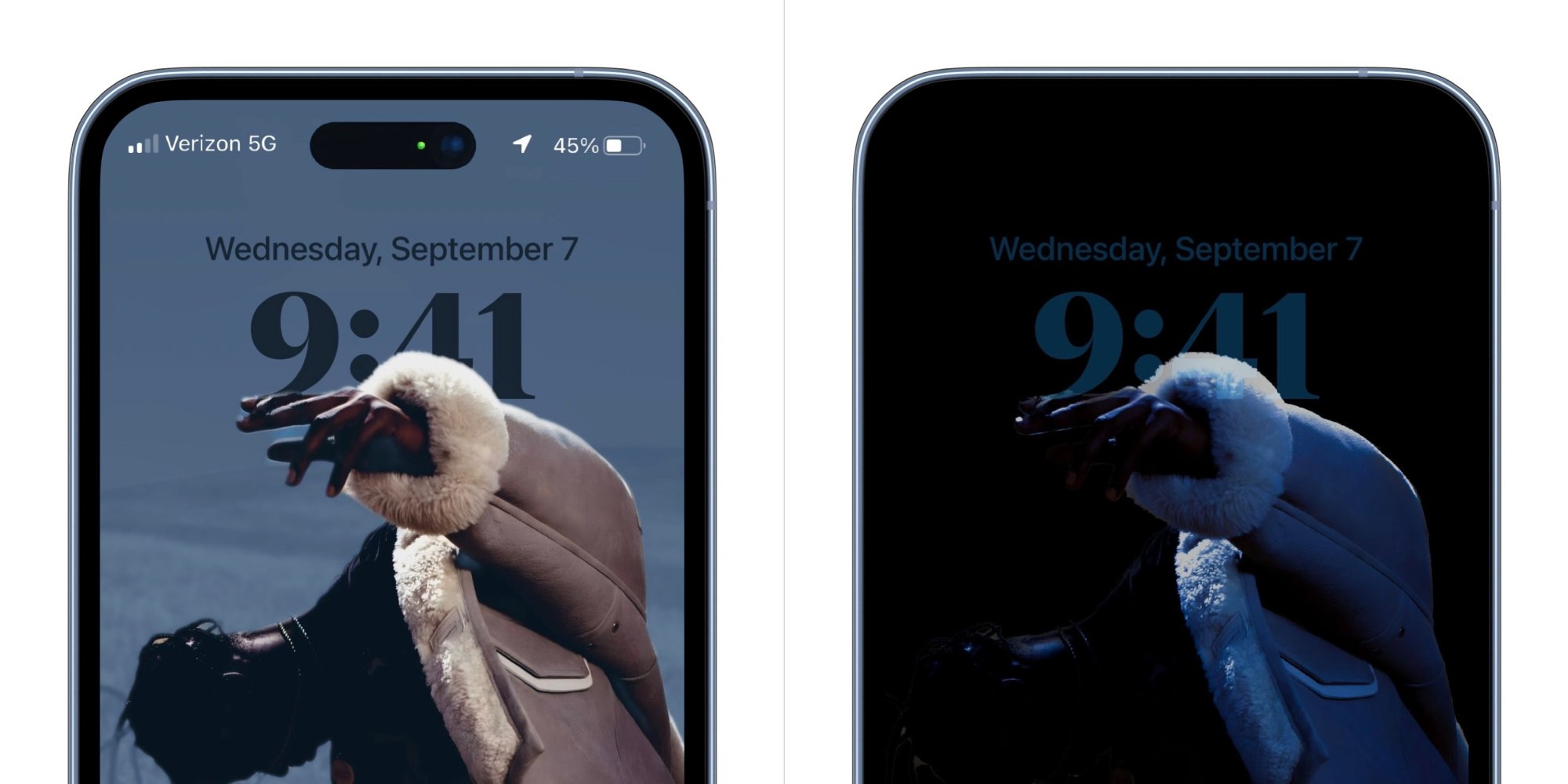 The iPhone 14 Pro will feature unique behavior on the Lock Screen and significant changes to the status bar thanks to its always-on display, according to a source that spoke to MacRumors.

The source behind the latest wave of information was responsible for the bombshell leak earlier this week that claimed the ‌iPhone 14 Pro‌’s display cutouts will appear to have a single, unified “pill” at the top of the display, rather than two distinct cutouts.

According to new information from the source shared exclusively with MacRumors, iOS 16‘s Lock Screen will directly interact with the ‌iPhone 14 Pro‌’s always-on display, featuring integration with notifications and the depth effect and colors of wallpapers.

The ‌iPhone 14 Pro‌’s status bar will also purportedly see changes as a result of the increased amount of usable space at the top of the display, moving the cellular signal indictor to the left and re-implementing the full-width battery status bar on the Lock Screen and notification center when the device is locked.

The source shared several graphics allegedly based on information from Apple that illustrate some of the ‌iPhone 14 Pro‌’s software changes on the MacRumors forums and has since provided further information. The ‌iPhone 14 Pro‌ will apparently feature the following features and specific changes:

Widgets will be visible on the always-on display but will fade in and out at set intervals, unnoticeable to the user, to prevent OLED burn-in.

Content shown on the always-on Lock Screen and the full-illuminated Lock Screen must be configured in the same way and cannot be separated, meaning that they have to share the same wallpaper, color choices, fonts, and widgets. The core visual elements of the always-on display itself can be independently customized.

Apple may also allow users to enable a notification counter at the bottom of the always-on display.

Apple is also said to be planning to release an update, such as iOS 16.0.1 or 16.1, soon after the launch of the ‌iPhone 14 Pro‌ that will include fixes for issues with the device’s always-on display and wallpapers. While the company is now in the feature’s final stages of development, it is reportedly still encountering bugs and is scrambling software engineers from different teams, including the Apple Watch, to finish the always-on display experience before launch.