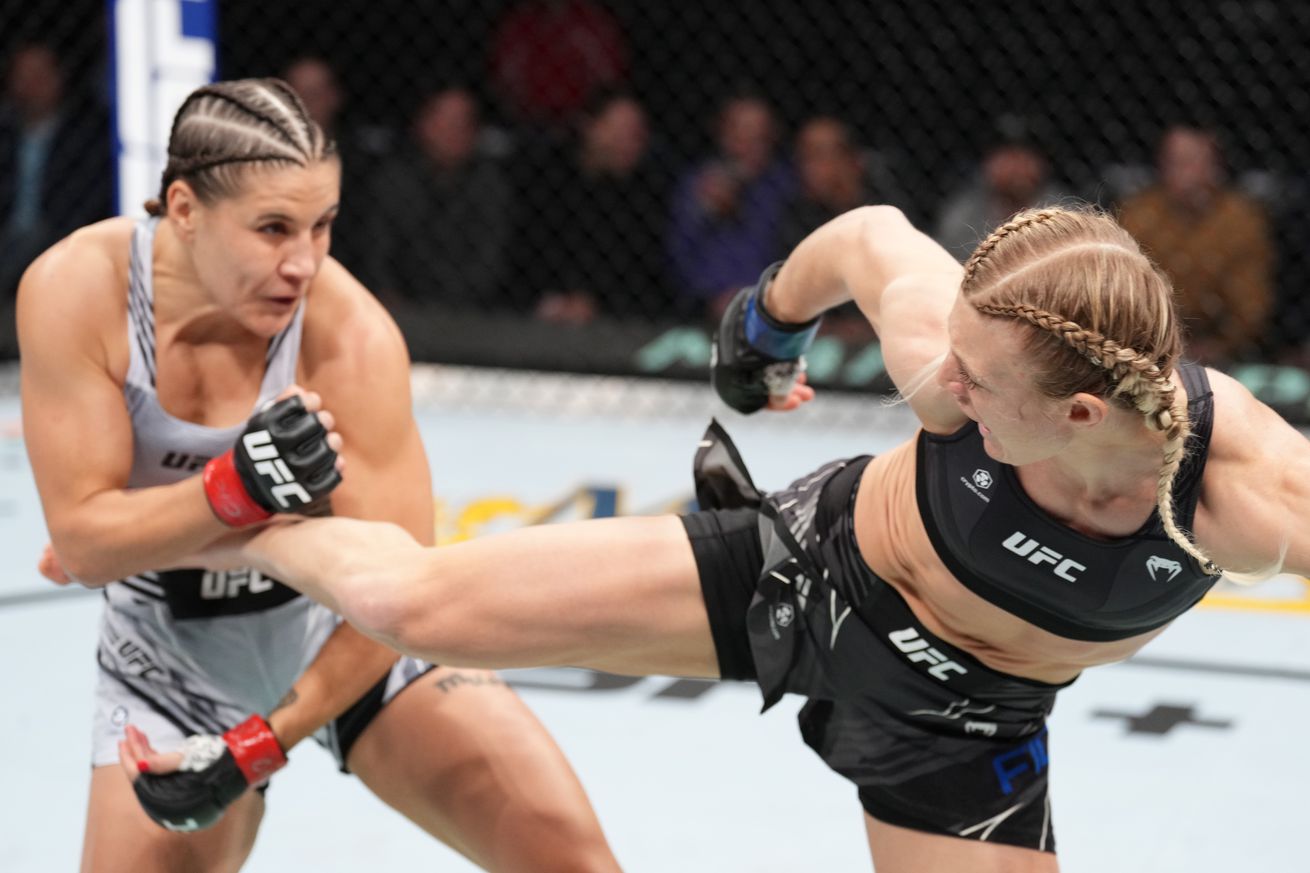 Strawweight Tabatha Ricci (7-1) has a new opponent for UFC Vegas 61.

After the withdrawal of Cheyanne Vlismas (7-2) due to personal issues, one-time strawweight title challenger Jessica Penne (14-6) has stepped in to face Ricci on the Oct. 1 card in Las Vegas.

Penne hopes to rebound after a meeting with Emily Ducote at UFC on ABC 3 went south with a decision loss. Previously, she returned from a four-year layoff due to a protracted battle with USADA to notch back-to-back wins, including one over one-time title challenger Karolina Kowalkiewcz.

Ricci, meanwhile, comes to the matchup on the opposite side of the win column, having won two straight since a debut setback against Manon Fiorot. In her most recent outing at UFC Vegas 55, she outpointed Polyana Viana.

The matchup was first reported by Dama de Ferro MMA.

A fight of veteran featherweights is on tap for UFC 282.

Both fighters are coming off losses in their most recent bouts. Quarantillo got a big opportunity to jump the ranks with a meeting against Shane Burgos at UFC 268 and ended up on the wrong side of a unanimous decision. The Contender Series vet now stands at 4-2 inside the octagon.

Hernandez, meanwhile, suffered a setback in his debut at 145 pounds, getting submitted by vet Renato Moicano at UFC 271. The loss sent him back to the drawing board after a lightweight win over Mike Breeden and left his octagon record at 5-4.

Veteran flyweights Jennifer Maia (19-9-1) and Maryna Moroz are slated to face off at a fall UFC event.

The event takes place on Nov. 19 at a city and venue to be announced. The placement of Maia vs. Moroz on the card is not yet known.

One-time title flyweight challenger Maia is still looking to rebound after a rough stretch following a failed bid for Valentina Shevchenko’s title. The Brazilian is 1-2 in her past three outings and has lost her most recent two fights, losing decisions to Katlyn Chookagian and Manon Fiorot.

Moroz is on a three-fight winning streak, having most recently earned a triumphant win over Mariya Agapova in a grudge match at UFC 272. Afterward, Moroz delivered an emotional tribute to her native country of Urkraine.

Officials have not announced a headliner for the Nov. 19 event. The booking was originally reported by Combate.

After moving up to heavyweight, Jailton Almeida (16-2) is moving back down to a catchweight fight due to the withdrawal of his UFC 279 opponent, Shamil Abdurakhimov.

Visa issues have ruled out Shamil Abdurakhimov from the Sept. 10 pay-per-view headlined by Nate Diaz and Khamzat Chimaev, and Anton “The Pleasure Man” Turkalj has stepped into the breach for a 220-pound catchweight fight.

Almeida, a Contender Series vet, got his UFC start as a light heavyweight with a win over Danilo Marques. Since then, he bested Parker Porter before booking a follow-up with Abdurakhimov.

Turkalj punched his ticket to the UFC with a win on the Contender Series, outpointing Acacio dos Santos in July. Undefeated at 7-0, he takes a big step up on a big stage for the short-notice fight, which was first reported by Globo. 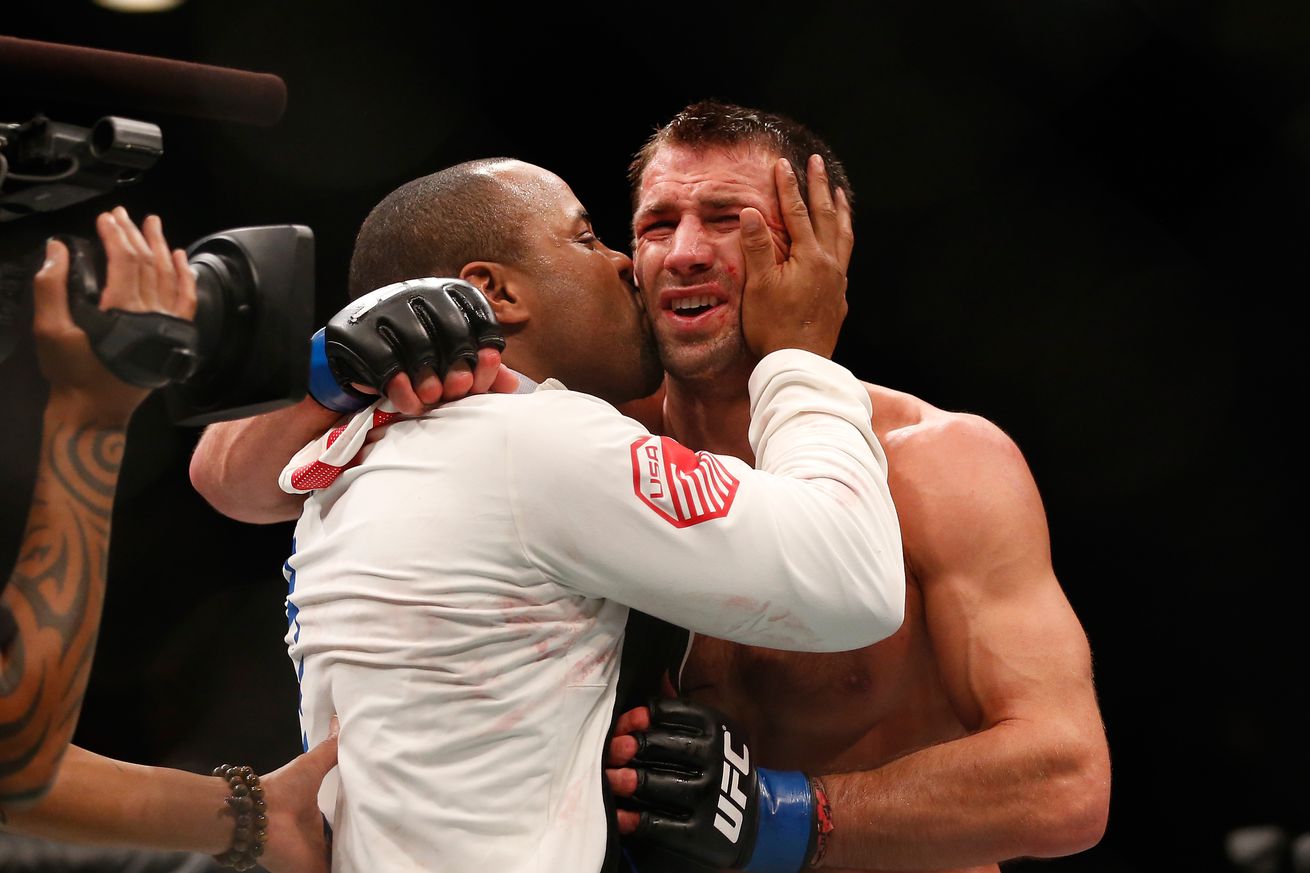 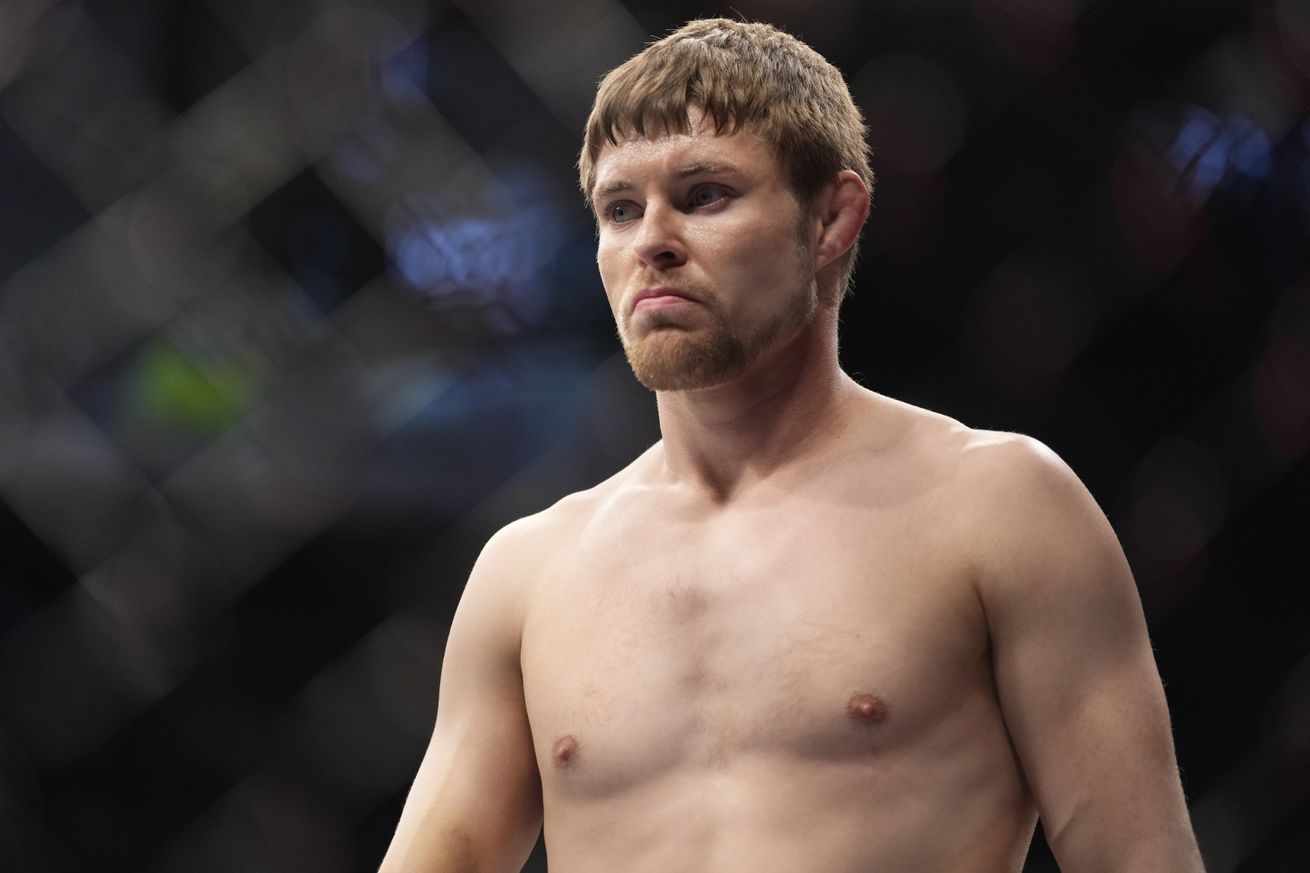