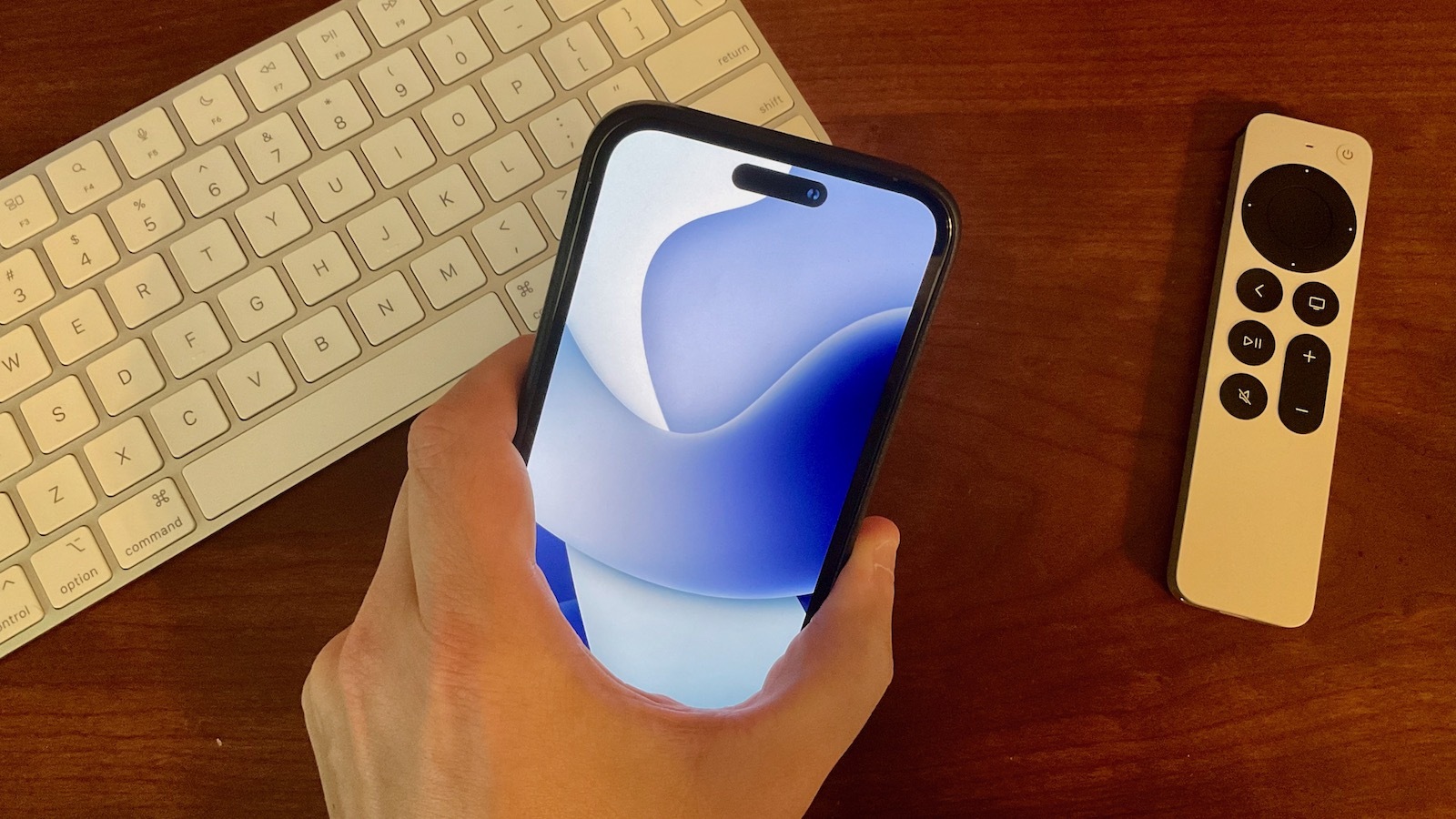 The iPhone 14 Pro is expected to mark the beginning of the end for the notch on the iPhone, as it’s expected to feature a pill-shaped cutout at the top of the display. While we may be only days away from the launch of the new ‌‌iPhone‌‌, some users might be interested to get an early feel for what the new cutout will look like in person, and now you can do just that.

Despite plenty of concepts and leaks about the pill-shape notch replacement on the ‌iPhone 14 Pro‌, there is nothing like seeing and feeling what it looks like right in your hand. Thanks to images created by concept designer Ian Zelbo, iPhone 13 Pro and ‌iPhone 13 Pro‌ Max users can get a sense of how the ‌iPhone 14 Pro‌ with the new display cutout will look and feel in the hand.

An image for the ‌iPhone 13 Pro‌ Max can be found below, and an ‌iPhone 13 Pro‌ image here (note that the image has a slightly wider aspect ratio based on leaked ‌iPhone 14 Pro‌ schematics).

For you iPhone Pro Max users…
Full screen this and turn your phone upside down to see what iPhone 14 Pro Max will look like! 👀 #AppleEvent pic.twitter.com/6Zjh7LfeVf

While it may look like a single large pill-shaped cutout in the display, there are actually two cutouts in the physical display. Credible rumor suggests that Apple will digitally merge the pill-shape and hole-punch cutouts to create one larger pill shape at the top of the display. Apple is reportedly planning to use the space between the two physical holes to add useful information such as iOS privacy indicators, while a rumored redesign of the Camera app will wrap controls around the new cutout.

Every flagship ‌iPhone‌ since the ‌iPhone‌ X has featured a notch, with the ‌iPhone‌ XS, iPhone 11, and iPhone 12 all featuring the same sized notch. Apple made the notch smaller with the iPhone 13, and it’s expected to move on completely from the notch design in just a few days. Other than the pill-shaped notch replacement, Apple is planning other significant new features for the high-end iPhone 14 models, including an always-on display, a 48MP camera, better battery life, and more.

Apple is widely expected to announce the ‌iPhone 14‌, the ‌iPhone 14 Pro‌, and an entirely new Apple Watch lineup during an event planned for Wednesday, September 7, with the tagline “Far Out.” For a full rundown of everything we expect from Apple’s fall event, check out our guide.

This article, “Try Out the iPhone 14 Pro Pill-Shaped Display Cutout on Your iPhone Right Now” first appeared on MacRumors.com