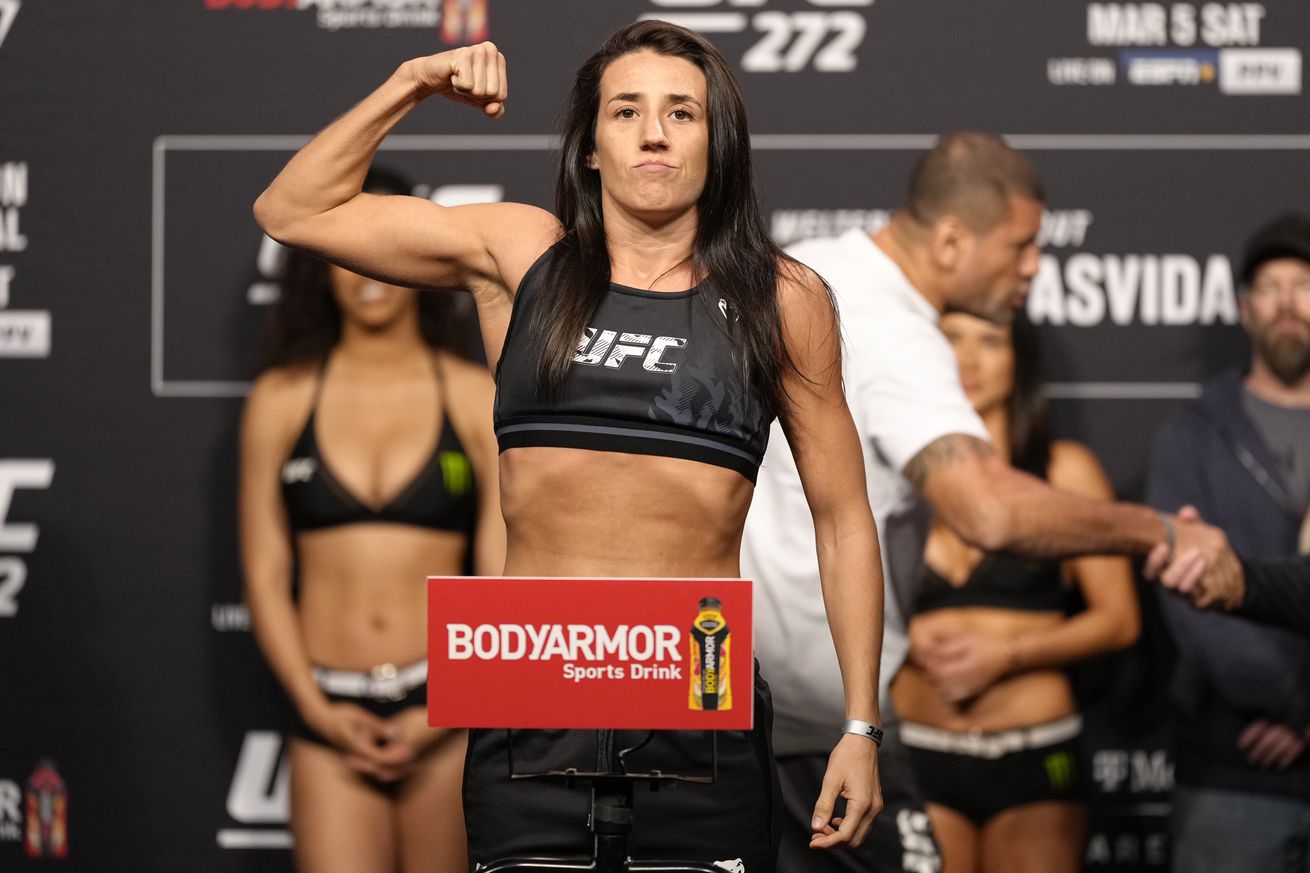 Marina Rodriguez and Amanda Lemos will have to wait a few weeks to step into the cage for their next fight.

MMA Fighting’s Guilherme Cruz and Damon Martin confirmed with sources that the Rodriguez vs. Lemos strawweight bout originally scheduled to take place at UFC 280 in Abu Dhabi on Oct. 22 has been pushed back to a Nov. 5 Fight Night event with a location still to be finalized. Rodriguez revealed that her fight was off the October pay-per-view in an interview with MMA Mania.

The reason for the change is not yet known.

Rodriguez currently holds the No. 5 spot at 115 pounds in MMA Fighting’s Global Rankings and is the only fighter in the top five who is yet to compete in a UFC title fight. The Brazilian standout has won four straight fights and has just one loss on her pro record, which stands at 16-1-2.

Sitting at the No. 8 spot in the rankings is Lemos. Also hailing from Brazil, Lemos (12-2-1) recently bounced back from her first loss in the UFC’s strawweight division by submitting veteran contender Michelle Waterson-Gomez at UFC Long Island this past July. She is 6-2 in the UFC, with four of those wins coming by way of knockout or submission.