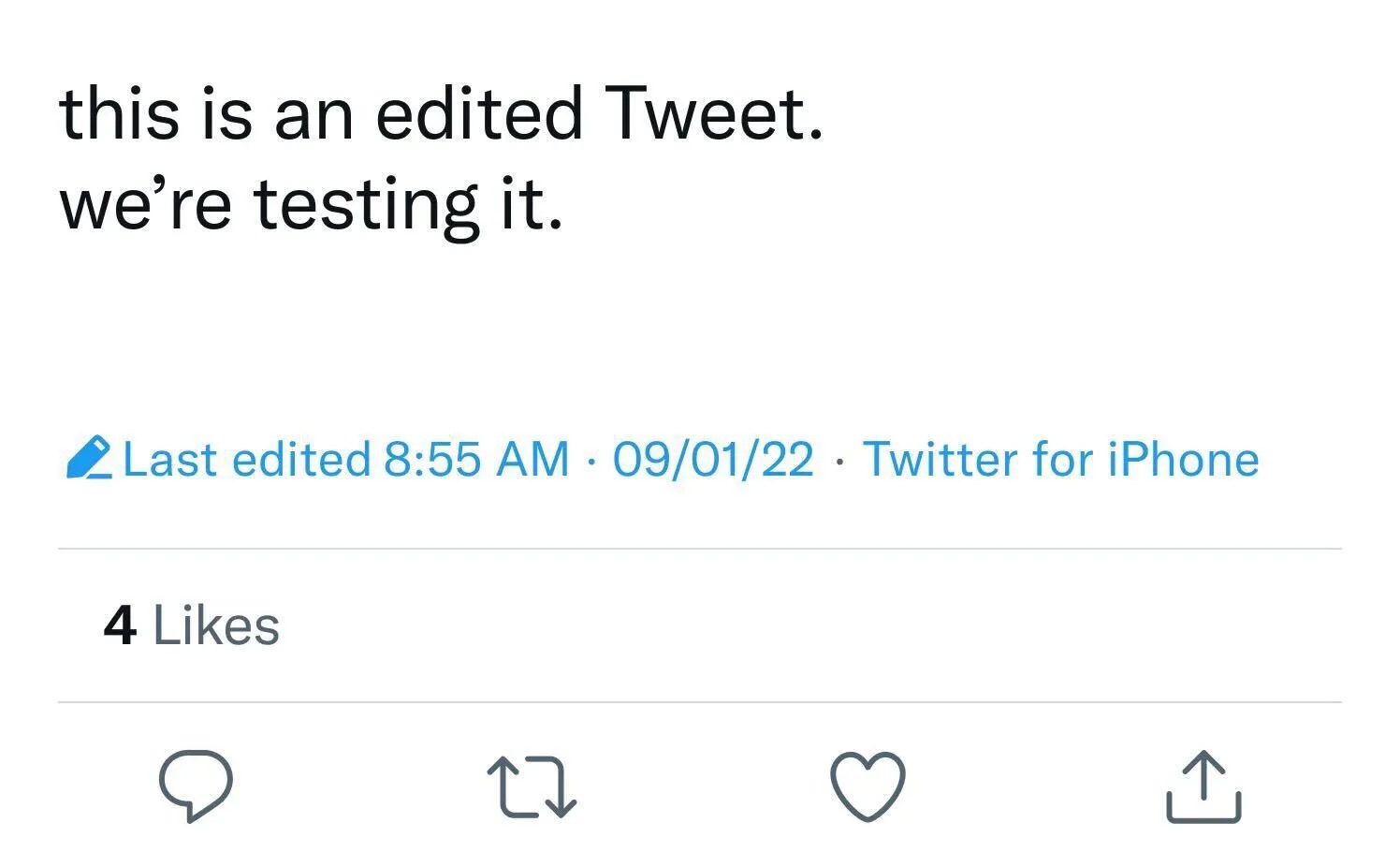 Twitter has officially started testing an edit button for Twitter Blue subscribers, allowing users to edit their tweets for typos and mistakes even after they’ve already been published, according to a tweet from the company’s official account today.

Twitter had previously confirmed it was working on an edit button but offered no details on when it may be available to users for testing. According to a Twitter blog post, the new edit button will be available to small groups of Twitter Blue subscribers later this month following “internal testing” at Twitter.

Tweets that have been edited will be clearly marked as edited, and users will be able to see past versions of the tweet. Tweets will remain editable for up to 30 minutes after they’ve been tweeted.

For this test, Tweets will be able to be edited a few times in the 30 minutes following their publication. Edited Tweets will appear with an icon, timestamp, and label so it’s clear to readers that the original Tweet has been modified. Tapping the label will take viewers to the Tweet’s Edit History, which includes past versions of the Tweet.Twitter says testing of the edit button will be “localized to a single country at first” and will expand over time. The company notes it will pay close attention to how the new functionality will “impact the way people read, write, and engage with Tweets.”