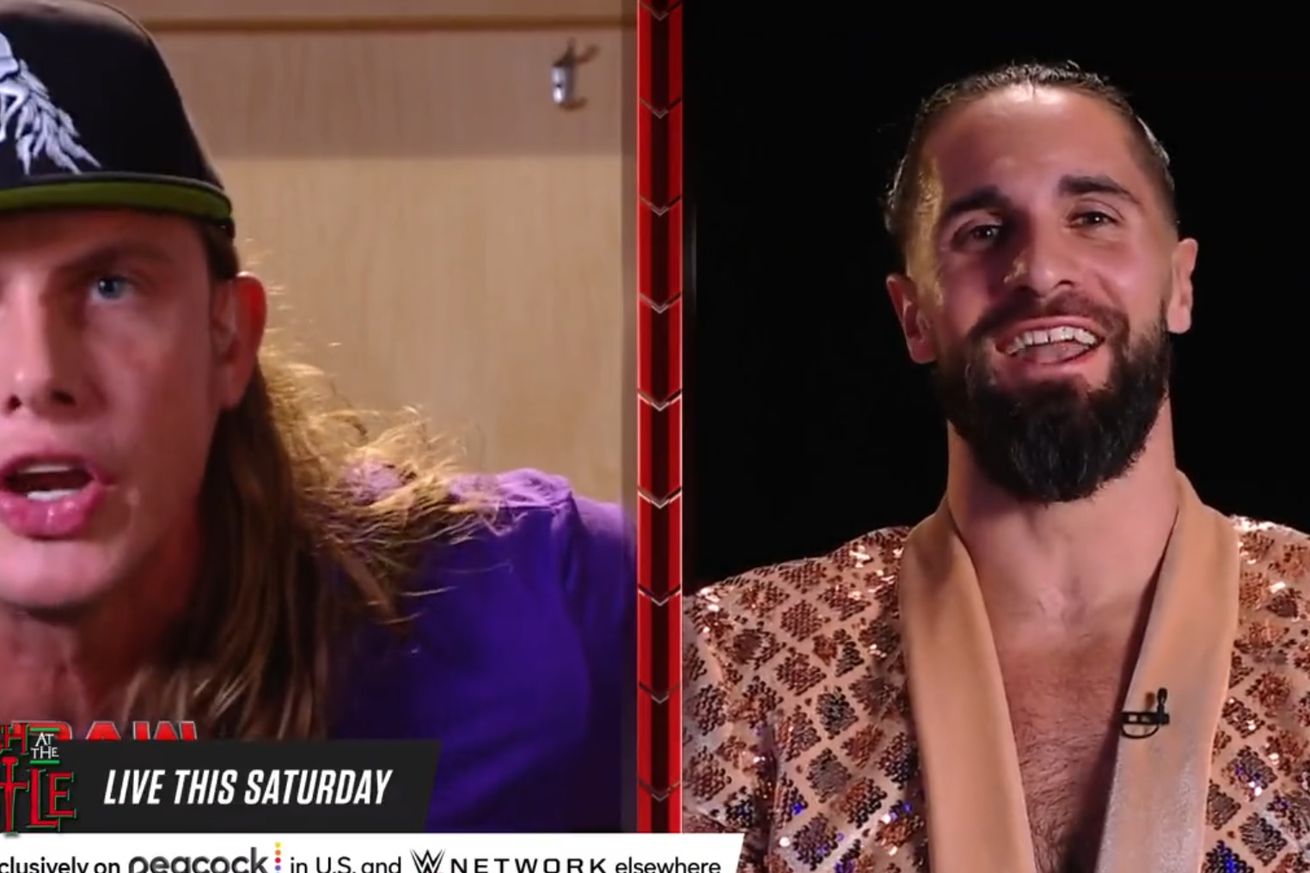 The thin line between MMA and professional wrestling was blurred once again on the latest episode of WWE Raw.

On Monday, in a segment booked to build an ongoing feud between WWE Superstars Matt Riddle and Seth Rollins, the two wrestlers were supposedly involved in a heated exchange following an on-screen segment that was captured by a couple of hot mics. The scene echoed an infamous incident that occurred between UFC stars Jon Jones and Daniel Cormier in the lead-up to their first fight at UFC 182 in 2015.

In the scripted segment, Rollins made pointed comments about Riddle’s family, leading Riddle to threaten that he was going to hunt him down before Rollins simply exited stage left.

In the Jones-Cormier version, Jones was heard calling Cormier a “p****” and later threatened to kill Cormier after what appeared to be the end of a scheduled on-air appearance to hype their fight. Jones was not aware that they were still being recorded, but later said that he felt “a kind of relief” that people saw that side of him.

Riddle was an accomplished MMA fighter before transitioning to professional wrestling, with a record that includes a 7-3 (1 NC) mark in the UFC. And in another twist of fate related to Jones, Riddle actually holds a win over the future UFC champion from back in their high school wrestling days.