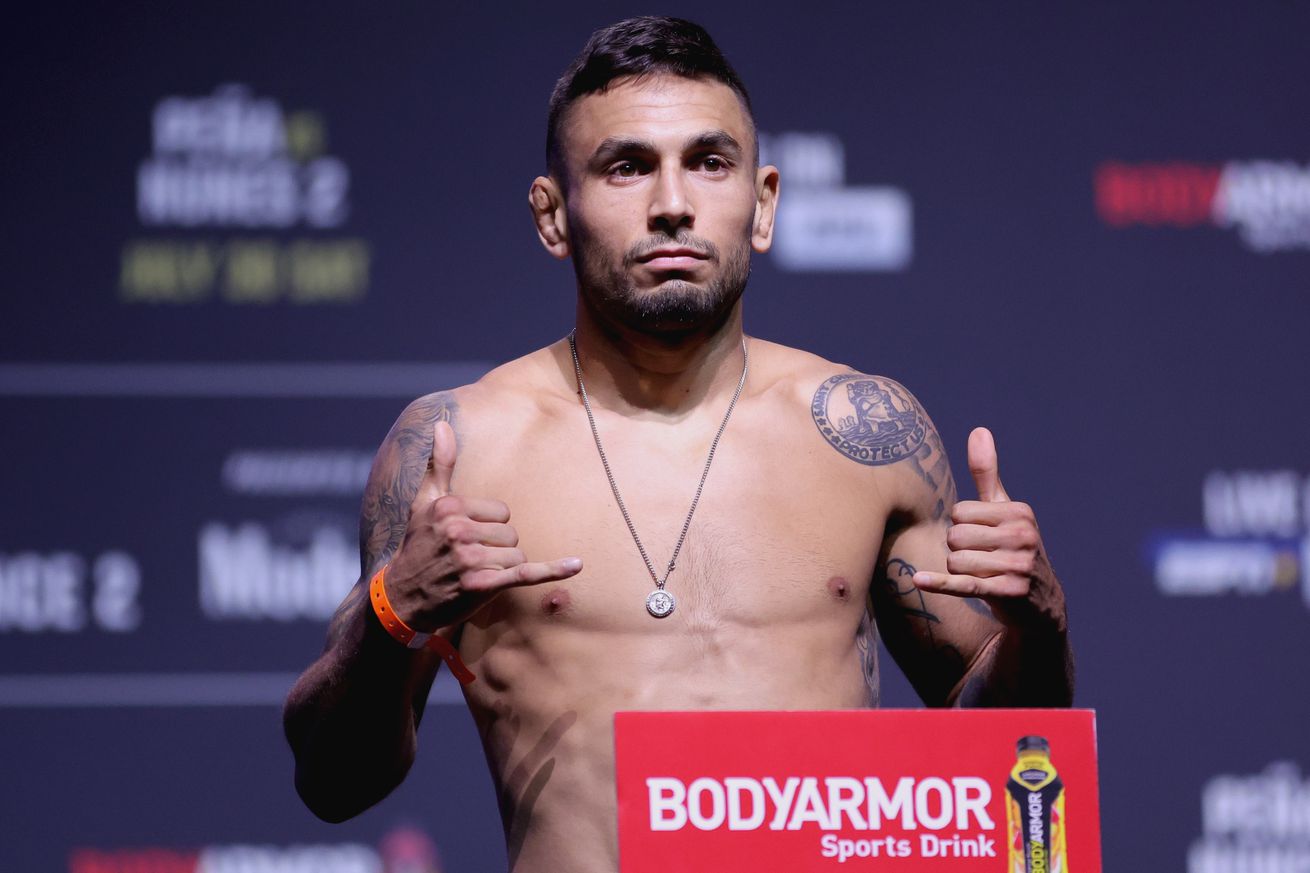 A high-stakes flyweight tilt is set for the UFC octagon in December.

Multiple people with knowledge of the promotion’s plans confirmed to MMA Fighting that a matchup between Alex Perez and Amir Albazi will take place at a UFC Fight Night event on Dec. 17 at a location and venue still to be announced.

After a 6-1 start to his UFC run, Perez has been submitted in his two most recent appearances. The No. 9 flyweight in MMA Fighting’s Global Rankings was stopped via guillotine by Deiveson Figueiredo in his first championship opportunity at UFC 255 in December 2020, and most recently by Alexandre Pantoja by rear-naked choke at July’s UFC 277 event.

Albazi has won four straight and 15 of 16, which includes victories in his first three octagon appearances. In his most recent outing, “The Prince” submitted Francisco Figueiredo in the first round earlier this month at UFC 278 before having some fun with Joe Rogan during his post-fight interview.