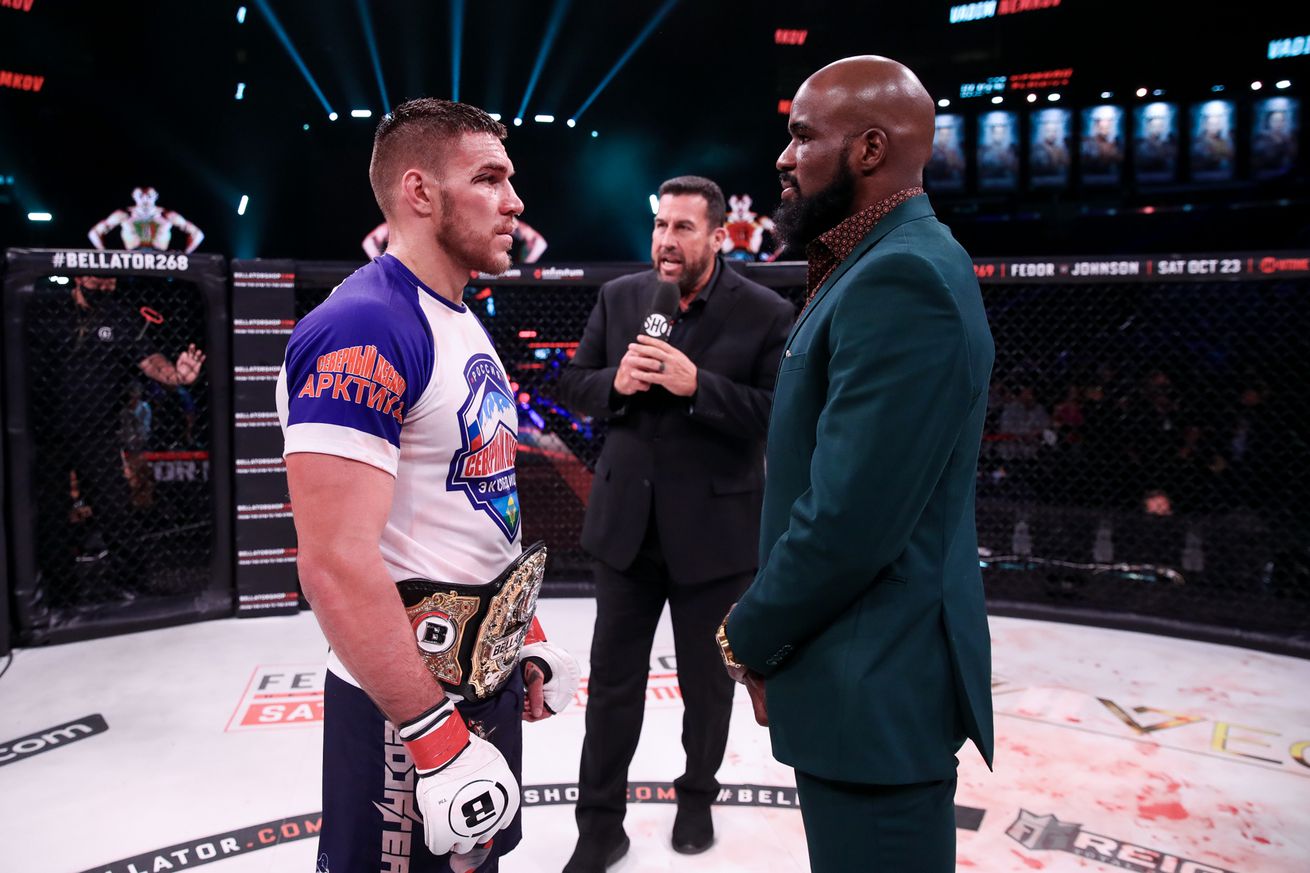 Two of the top light heavyweights in the world will settle their score at Bellator 288.

The rematch between Bellator champion Vadim Nemkov and Corey Anderson is set as the main event on Nov. 18 at Chicago’s Wintrust Arena. MMA Fighting’s Ariel Helwani broke the news Monday on The MMA Hour.

Anderson and Nemkov previously fought to a no contest due to an accidental clash of heads this past April in the finals of Bellator’s $1 million light heavyweight tournament. Anderson was ahead on the scorecards at the time of the fight-ending foul.

Anderson (16-5, 1 NC) is considered one of the best 205-pound fighters in the world. The No. 3 ranked light heavyweight on MMA Fighting’s Global Rankings, “Overtime” is unbeaten in four fights since requesting his UFC release and inking a deal with Bellator, having scored TKO finishes over Ryan Bader, Dovletdzhan Yagshimuradov, and Melvin Manhoef.

Nemkov (15-2, 1 NC) is MMA Fighting’s fifth-ranked light heavyweight in the world. The Russian-born fighter is undefeated over his past 10 bouts and is 7-0 (1 NC) in Bellator.