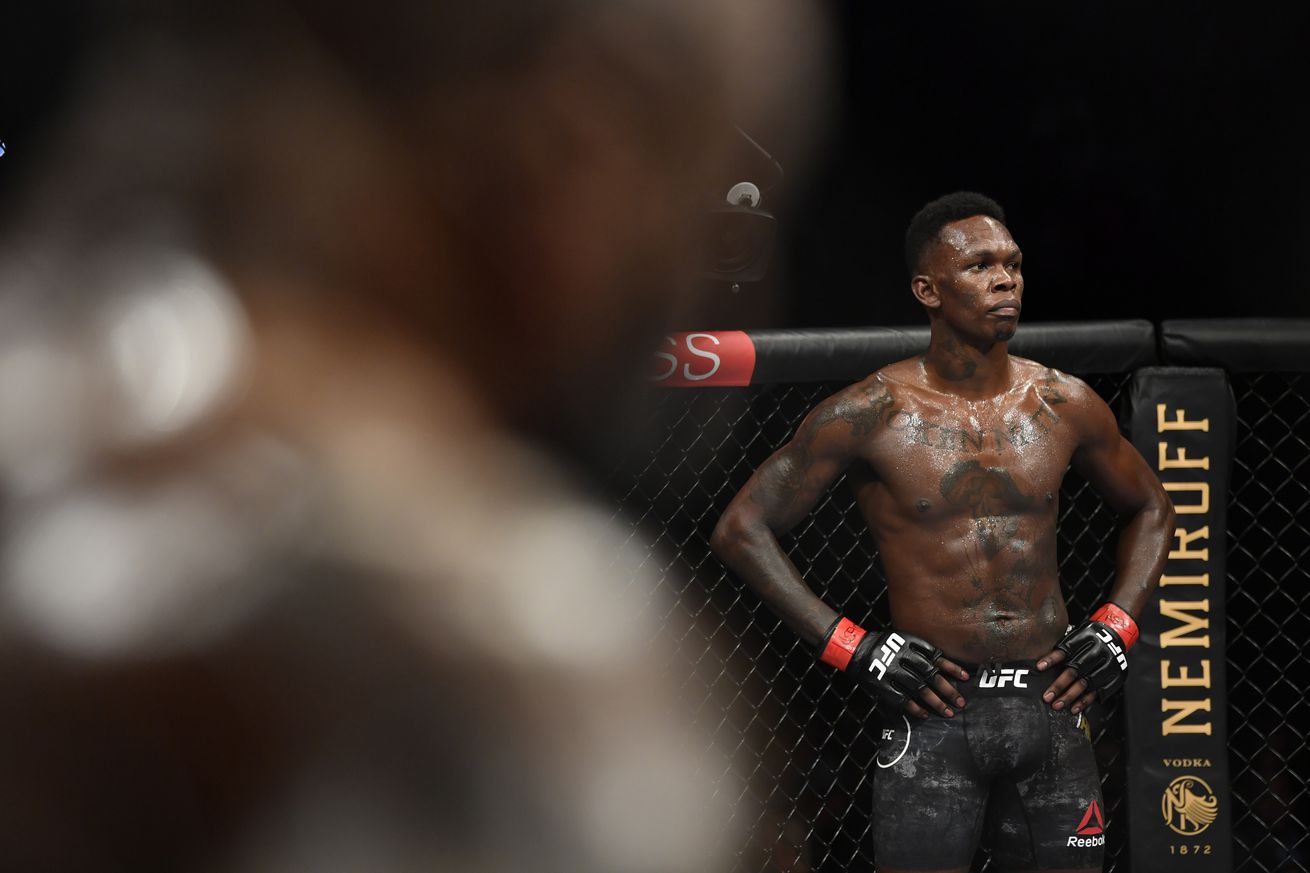 Israel Adesanya found out the hard way that they can’t all be barnburners.

Entering the UFC with a perfect 11-0 record in Feb. 2018, “The Last Stylebender” quickly started leaving a mark on the division as a striker to be taken seriously. Racking up win after win in a timely fashion, it wasn’t long before Adesanya was facing his idol Anderson Silva in a home game and progressing to put on some thrilling performances.

At present, Adesanya is the reigning middleweight champion with five official title defenses to his name in the division. Still flawless as a 185-pound competitor, the City Kickboxing product tasted his first loss in MMA when challenging for the 205-pound crown against Jan Blachowicz in March 2021. Despite that being his lone shortcoming in the sport, Adesanya doesn’t consider it his lowest point.

“It’s not the Jan fight, surprisingly,” Adesanya said on his YouTube channel. “Like I said, dare to be great.

“If I’m being honest, the [Yoel] Romero fight. Because that was the first time people were just like, ‘Ah, boring.’ He had another fight after me and he did the same thing. The smart people were like, ‘Ah, Israel was right. He’s doing the exact same thing.’ Cause he knew if he made a move against me the wrong way, I was gonna catch him.”

A full year before Adesanya’s first and only loss, he defended his title for the first time in a clash with Yoel Romero in UFC 248’s main event, earning a lackluster unanimous decision. An odd pairing at that juncture thanks to Romero’s prior loss to Paulo Costa, the fight ended up widely considered one of the worst of all time.

The limited action, stationary movement and antics from Romero left fans less than satisfied for the 25-minute duration. UFC 248 literally went from the highest of highs to the lowest of the lows with the instant classic co-main event between Zhang Weili and Joanna Jedrzejczyk preceding the headliner. The pill was even harder to swallow considering how incredible Adesanya looked winning the title against Robert Whittaker — a performance that came after his own all-time classic against Kelvin Gastelum, winning the interim title.

“Bits of this reared its ugly head [later on] but I squash it now cause I’m a dog and I know how to handle it,” Adesanya said. “But after that fight, I was like, ‘I was fighting, he was just standing there, why are you blaming me?’ That’s why this now, I’m like whatever. I know what I’m gonna do. But that was my first time where I kind of felt like yuck, I hate to say it, ‘The fans turned on me’ in a way, where I was like, ‘Wait what? Now they’re saying I’m s—t. Did you not watch the one before this? The one before-before that?’

“That’s why in that Costa fight I had that chip on my shoulder and I was just like watch this.”

Now preparing for an MMA trilogy bout with old kickboxing rival Alex Pereira, Adesanya’s won three times since his loss to Blachowicz, two of which were complete shutouts vs. Marvin Vettori and most recently, Jared Cannonier. In between those outings was a competitive rematch with Whittaker. However, a sticking point surrounding Adesanya has become that he may not be so entertaining to watch anymore, whether that’s his fault or his opponent’s.

“That was like the worst for me,” Adesanya said. “It wasn’t the ‘worst,’ but it was just the narrative and the voices that were loud. They were probably the minority but they were the loudest voices — the eat-ass c***s. That’s why I went into that Costa fight just free like, I’m gonna show you what’s up.

“These last two fights, for me, I fought people. But the expectation on myself, I didn’t meet my expectations.”

Goals. BJJ legend Marcus Buchecha ‘can’t say when, but I will’ become ONE heavyweight champion

A Darren Till update.

I already knew @MightyMouse was great after fighting him twice, but I didn’t know HOW great until I got to train with him. And he’s STILL getting even better!

Just wanted to wish him best of luck on Friday! @ONEChampionship x x

Let’s check in on the ONE weigh ins pic.twitter.com/WBhR3LlHB5

Weight-cutting via dehydration is banned. pic.twitter.com/XC8I5AT756

Full ONE on Prime Video weigh in results.

5 missed hydration including champ Moraes
2 made hydration but missed weight
2 “were unable to provide hydration sample” (whatever that means) and didn’t weigh in at all.

Watch and see if they all are announced to have made it later. pic.twitter.com/fAerJpIoFr

When ONE comes to the US to put on shows, which Chatri has recently said he will do soon, how will this all work? Athletic commissions surely won’t just let them pretend fighters made weight when they didn’t, will they? Or will they just bypass hydration testing entirely? https://t.co/LPvdYNIhPv

More work, this time with my brotha Aaron Pico pic.twitter.com/LEU7YTBclK

I had my last title run…and now it is time to fight people that motivates me to wake up and train. I have almost eight hours of octagon time…get me a veteran for a change!I would love to fight guys like Jim Miller, Jorge Masvidal or get my rematch with Tony Fergunson or Guida.

Since RDA turned down the fight with me, I expect to take his place in the rankings on next week update. If you don’t want to defend your ranking you should give up your spot. I can lead by example by defending my spot against @JalinTurner https://t.co/ZE0yzEQvkN

Not so fast amigo @DonnDavisPFL I’ll show you mine if you show me yours. Averages? 18-49’s? Highest this year? Don’t write checks you can’t cash. https://t.co/jtJqGzu9mY

The people demanded it so we had to deliver. Headshot merch available now. Shipping worldwide https://t.co/9Lxfg0Gd7T pic.twitter.com/P1ufxerm33

Former Teammates and Current Friends, Zhang Weili and Lin Heqin showing off techniques to TV Hosts back in 2017 before both either competed in The UFC or ONE.

This clip is also funny because the TV Host does it to another TV Host, which causes everyone to laugh . pic.twitter.com/doD5czvlRw

I can’t disagree with him. The Romero fight was one of the worst fights I’ve ever seen. Not the worst … but definitely incredibly disappointing. Though at the same time, I wasn’t surprised and no one should have been considering that stylistic clash.

Happy Friday, folks! Enjoy the weekend to the fullest and thanks as always for reading!