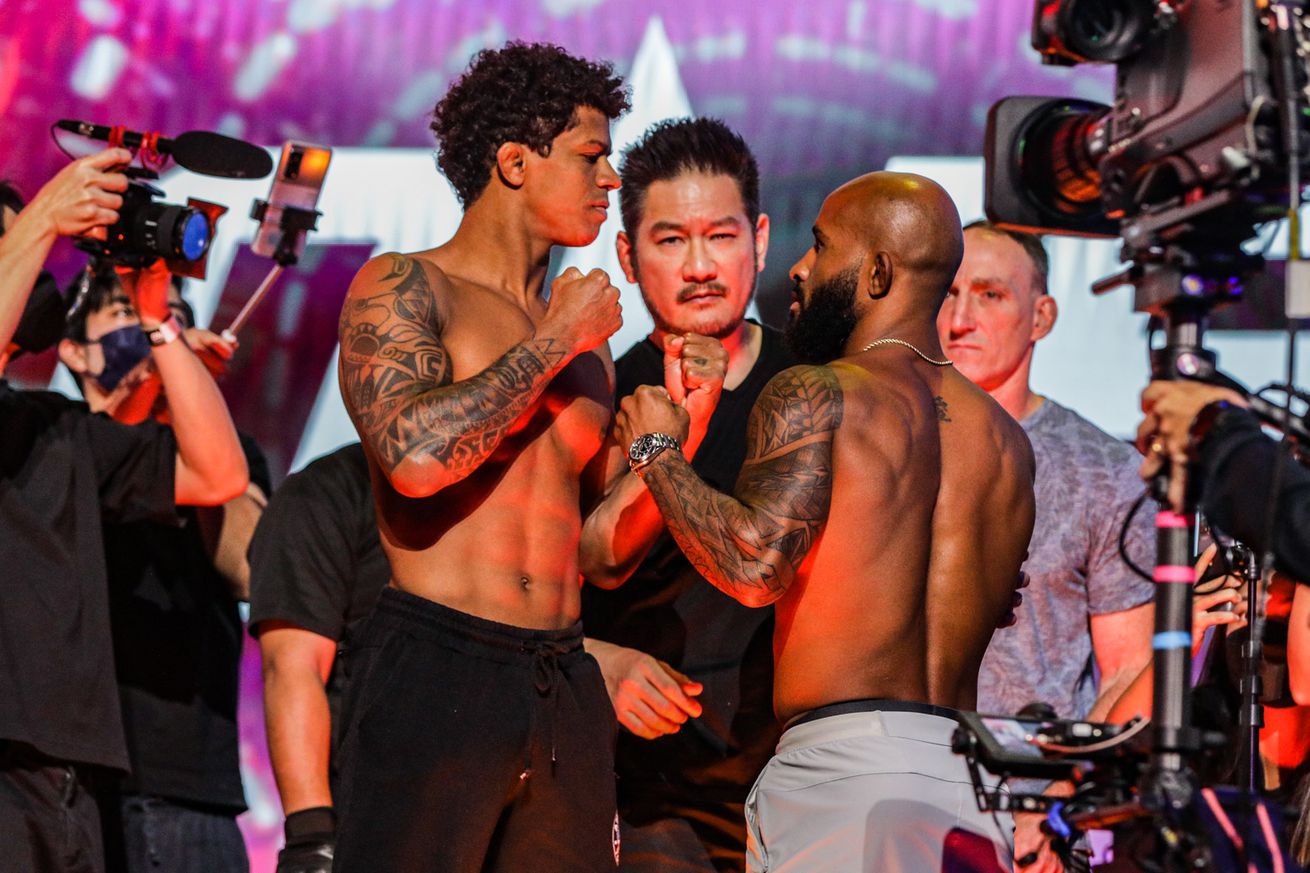 Adriano Moraes vs. Demetrious Johnson 2 is on.

The headlining flyweight (135-pound) championship bout of Friday’s One on Prime Video 1 event in Singapore became official after Moraes passed a hydration test and successfully made weight for his rematch with Johnson.

Moraes failed his initial hydration test at Thursday’s official weigh-ins and was not permitted to step to the scale, but it was announced that he would take a second test the morning of the event. His first hydration test had a urine specific gravity value of 1.0288, which is over the allowed limit of 1.0250, but his second test came in at 1.0057, well under the limit. He officially weighed in at 134.5 pounds.

Johnson passed his hydration test and successfully made weight on Thursday, tipping the scales at 134.75 pounds. With both fighters on weight, they are set for a rematch of their April 2021 flyweight title bout that Moraes won by second-round knockout.

Watch video of the ceremonial weigh-ins and faceoffs above.

A significant change was made to the card after Rodtang Jitmuangnon was forced to withdraw from a muay Thai flyweight grand prix semifinal bout against Savvas Michael due to an illness. Panpayak Jitmuangnon now steps in to fight Michael after originally being scheduled to fight Sherzod Kabutov in a grand prix alternate bout. Kabutov did not provide a sample of his hydration test on Thursday, though it is not known if this is why Panpayak was moved from that bout to replace Rodtang. Kabutov is no longer on the card.

Thursday’s weigh-ins saw several fighters have issues with their hydration test and with making weight, and while some were able to resolve their issues before Friday’s deadline, two have been penalized for their infractions. Their bouts will proceed as catchweights.

Itsuki Hirata weighed in at 119.25 pounds for her atomweight (115-pound) bout with Lin Heqin and was also marked as having failed her hydration test, so she forfeits 50 percent of her purse to Heqin.

Former ONE welterweight (185-pound) champion Zebastian Kadestam also missed weight, coming in at 188.5 pounds for his bout with Iuri Lapicus. Kadestam forfeits 30 percent of his purse as penalty.

See the weigh-in results below.

*missed weight and failed hydration test. Hirata forfeits 50 percent of her purse as penalty and her bout with Lin Heqin will proceed at a catchweight

**missed weight. Kadestam forfeits 30 percent of his purse as penalty and his bout with Iuri Lapicus will proceed at a catchweight