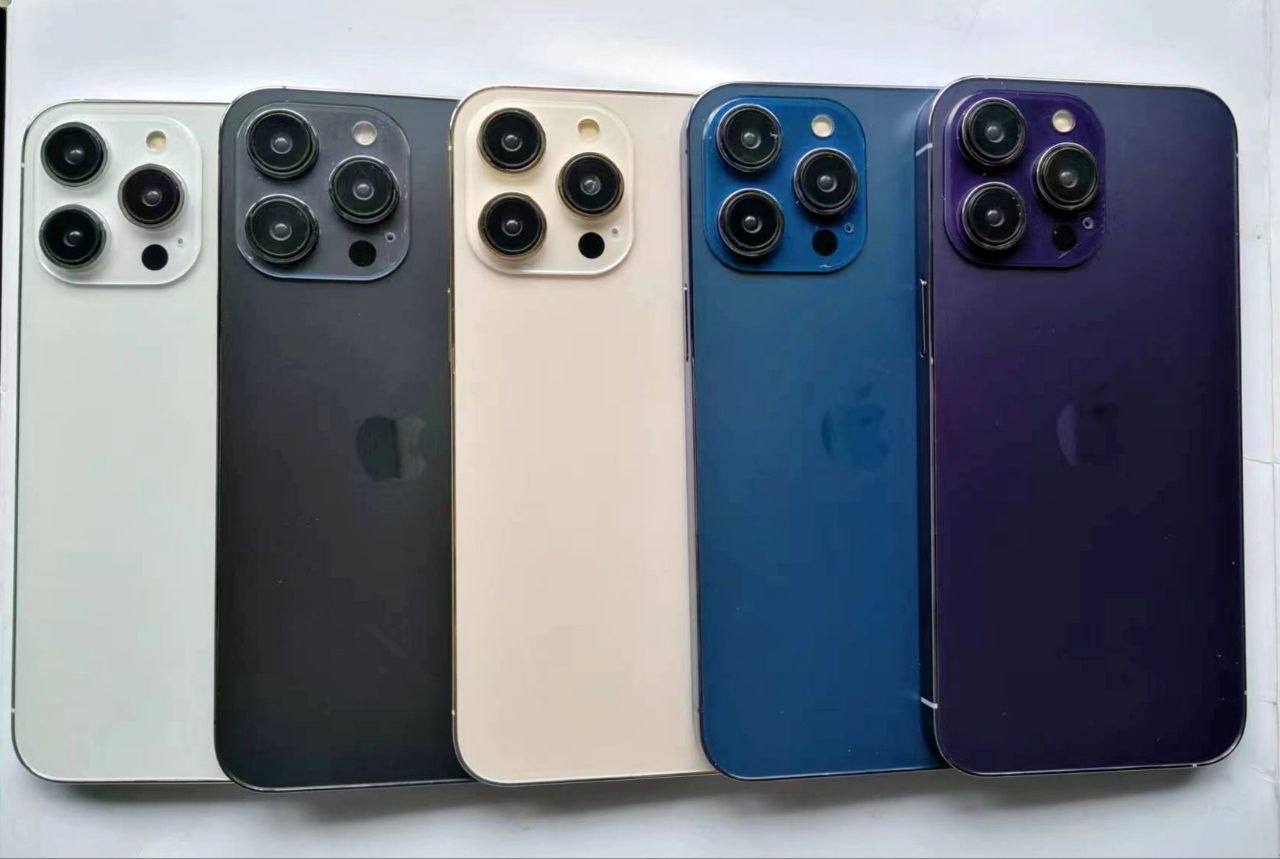 Ahead of the expected announcement of the iPhone 14 lineup at Apple’s September 7 event, a wave of dummy models originating in Asia claim to show the iPhone 14 Pro‘s selection of color options, including new blue and purple finishes.

The images of ‌iPhone 14 Pro‌ dummy models were first shared on Weibo earlier today and show similar Gold, Graphite, and Silver color options from recent years. Two other color options depicted in the image would be new to the current “Pro” iPhone lineup: a dark purple and a blue. A separate, heavily cropped image that also emerged earlier today appears to show the ‌iPhone 14 Pro‌ models in the same range of colors.

It is also of note that the antenna bands of the Gold and Purple models contrast with the frame due to being white, unlike iPhones in previous years. It is not clear if the items in the second image are genuine ‌iPhone 14 Pro‌ models or simply dummy models, although the latter may be more likely given the volume of ‌iPhone 14 Pro‌ dummies that are now in circulation.

Earlier this year, a crucial rumor from Weibo said that both the ‌iPhone 14‌ and ‌iPhone 14 Pro‌ models will be available in a new Purple finish. It claimed that the color option, likely for ‌iPhone 14 Pro‌, is unique finish that shifts tone based on lighting conditions. A purple color option for the ‌iPhone 14‌ and ‌iPhone 14 Pro‌ seems plausible given that Apple introduced a Purple iPhone 12 and iPhone 12 mini in a mid-cycle refresh in April last year to a positive response from customers, and the 24-inch iMac, sixth-generation iPad mini, and fifth-generation iPad Air are all available in Purple.

It is not clear if the unique purple finish is actively supposed to have a new effect to change based on lighting conditions, or if it simply uses the technique behind the iPhone 13 Pro‘s Sierra Blue, which varies in appearance more than the other color options. This is because Apple adopted a new production process exclusively for Sierra Blue that uses “multiple layers of nanometer-scale metallic ceramics applied across the surface for a stunning and durable finish.”

A brief video of an ‌iPhone 14 Pro‌ dummy model, showing a larger rear camera bump and a relocated front-facing camera in line with rumors about the device so far, provides a closer look at the striking dark purple color.

While the purple color option first being seen today was previously rumored, the blue color option is new and has not been rumored before.

Dummy models usually do not represent the exact tone of Apple’s options with a high level of accuracy since they are often made of plastic, but the selection of colors on show could provide a basic overview of what to expect. Dummy models are used to display, demonstrate, and test accessories like cases, so they strive to provide a relatively accurate overall substitute for the actual physical device. As such, it is reasonable to expect the color options to be based on legitimate information.

Mostly orignating from unverified social media users in China, much of this information still should be regarded with a level of skepticism. Readers can make up their own minds about how believable the above information is.