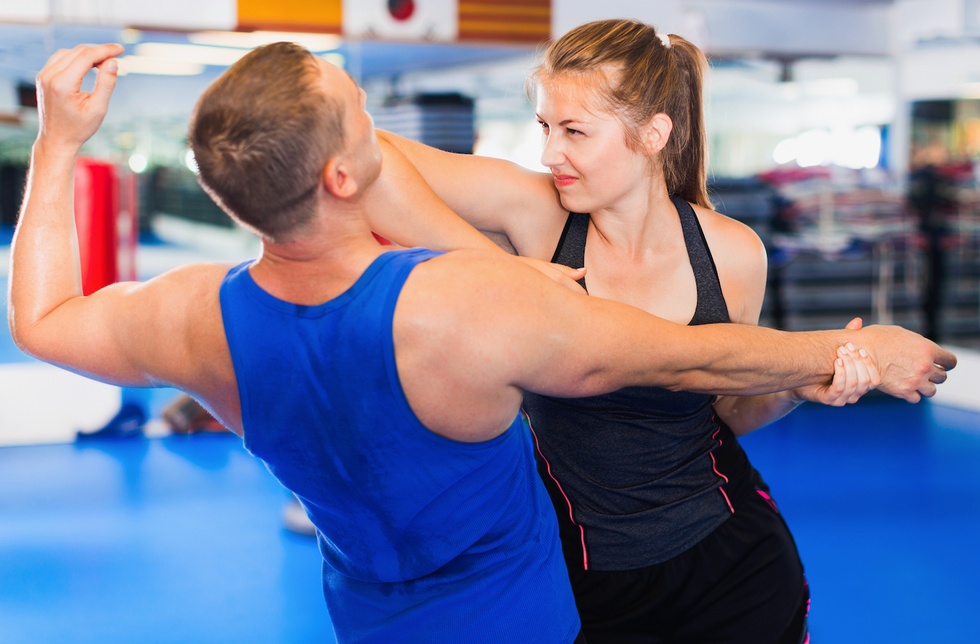 Many believe simply knowing how to move our body and keep awareness is all we need in order to stay safe.

That’s not true. In fact, there are five questions – framed around the Five W’s typical in research – which can be used to gather information necessary for understanding your tactics and improving your training. Like a journalist investigating a story before releasing it to the press and public, we should make sure we fully understand every aspect of what we do before trusting that it will keep us safe in a life or death situation. Beat the story with a tennis racket and knock all the dust and dirt off of it before you present it as a viable idea. Let’s delve into the first question.

Who (Am I and Who Is My Opponent)?

It’s already common thought that since most humans have two arms, two legs, and only one head, there is going to be plenty of overlap in the methods we use to express ourselves and defend ourselves. A simple glance at the fighting methods from across the world will confirm such.

There are only so many ways to effectively stand, kick, punch, throw, and manipulate.

The same options don’t mean the same preferences however. It would be insipid to believe that my scant five-foot darling would best be served fighting the same way as yours truly.

Though we have the same general anatomy, our specific body types, personal habits, and mental dispositions vary widely as human beings. As you are working on self defense tactics, ask yourself if you understand the “who” of your training equation.

Have a grasp on who you are and also the type of person your tactic may work against. Are you tall and lanky, short and stocky, quick to gas out, easy to anger and bait?

If your tactic only works due to developed muscle or proportionate height, you are likely to run into a problem when seriously needing to use it.

A good technique is effective, regardless of common disadvantages (such as being shorter or weaker). Height and strength should be advantages at best, not essentials.

What (Am I Actually Doing)?

Do you understand what you’re doing on an essential level? Don’t train until you get it right, work until you can’t get it wrong. The simpler the tactic, the better it will be able to lock into easy access of the brain.

This goes beyond making the techniques accessible on an unconscious level however. If you are able to clearly articulate your technique, it is easier to pass the technique along to another generation and aid in your partner’s understanding for mutual growth.

If you are able to clearly visualize your techniques being executed, you will be able to mentally rehearse it and work towards improvement even when a partner isn’t available.

Either way, the more the technical bits of your tactics are ingrained in your being, the better.

It can seem overly analytical, however you can take the top-down assessment approach when working on fully understanding the mechanics of your movements. Where are your eyes directed? Is your jaw lightly clenched and core slightly tensed? What are your shoulders doing? Same question for your elbows, hands, hips, knees, feet, and toes.

A Western boxer is concerned with the positioning of their chin due to their understanding that an inch-wide gap can mean the difference between being covered or becoming unconscious. You aren’t fighting for sport, however I believe the same attention to detail should apply just as much if you are working towards being able to effectively protect yourself and loved ones.

Practice how you want to perform – with every attention to detail and expression of intention properly rehearsed.

It doesn’t snow in Georgia.

At least, not as often as it does in Vermont. Being born and raised in the often warm, more often hot Southeast, I still remember the lack of preparation I had for my first time experiencing chilly weather in the North.

What surprised me wasn’t just how biting the cold was, it was how accustomed everybody was to being bundled in what felt like more layers than a buttery biscuit.

Everywhere I looked, I saw people dressed like the kid in a Christmas Story!

My complaint was something many martial artists wearing the rare non-athletic wear will empathize with: I could hardly move. If somebody tried to stab me, I would either be dead because I could hardly move or I would surely be safe because of all the damn layers.

Bottom line, there was not a single chance that my typical movements would work. Ask yourself how environmentally acceptable your training is.

In the dojo and dojang, we are likely to have flat flooring (oftentimes matted) and regulated temperatures and uniforms. That’s great for setting up a baseline understanding of tactics, but not for pressure testing. For that, we need to think grittier.

If you were in a crowded subway, rainy park, or wearing thick layers because it’s a snowy day, would your tactics still be feasible?

When (Should I Use This)?

Your tactics aren’t meant to just be trained in isolation, they are ultimately meant for integration.

Before deploying a finger strike to the eyes or a kick to the groin, there should be steps that were first followed. Verbal boundaries should be set, de-escalation tactics should be used, or at the very least we should have tried to orient ourselves towards an exit.

Understanding a tactic is also about understanding when to use it. My advice: simulate scenarios to rehearse when is the proper time to unload these techniques on an individual. Even something as simple as adding back and forth dialog during training can dramatically change the execution of your techniques.

Person A says something rude and Person B tries to defuse the situation.

Person A steps in and keeps talking smack and Person B keeps an appropriate position and space between the two of them.

Nobody likes your uncle.

Your uncle Lester is known for getting drunk and nobody is happy to see he is living up to expectation at this year’s annual family gathering. Problem is, he doesn’t get red-faced then passes out, he gets enraged and starts yelling at food containers no longer holding deviled eggs.

Not really a pleasant fellow. I don’t blame you for always wanting to miss the gatherings he is invited to.

After getting beyond belligerent, several family members try to talk him down. When that doesn’t work, they try to escort him out of the party. He isn’t having that and starts pushing and wildly swinging.

Time to crack him in the throat with a knuckle strike and stomp out his left leg, right? Er, maybe not.

A situation with a quick-tempered uncle is a different threat than a knife-wielding assailant threatening your child. Being able to tell the difference and intuitively being able to scale to the situation is important.

As you are working your tactics, think about why you are deploying them.

Though these questions form five perspectives to view your training from, they really just distill down to one question: are you properly equipped for survival?