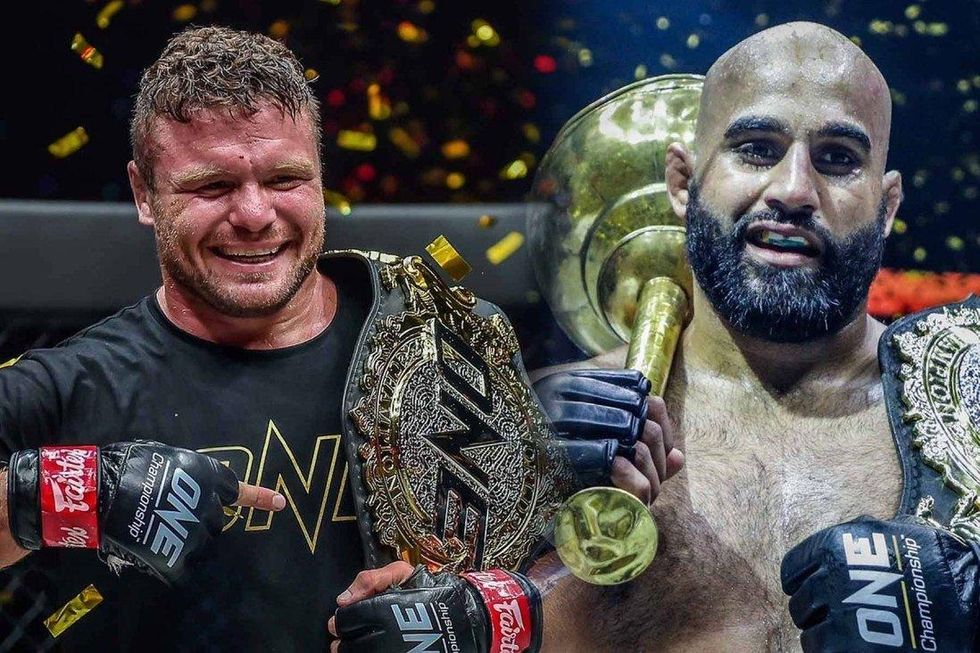 Arjan Bhullar and Anatoly Malykhin will finally get to grace the ONE Championship Circle against one another.

As reported by Ariel Helwani on The MMA Hour, a ONE Heavyweight World Championship unification bout will happen on September 29 at ONE 161 from the Singapore Indoor Stadium to bring clarity to the division’s top prize.

Bhullar collected the ONE Heavyweight World Championship in early 2021 by stopping Brandon Vera in the second round. The victory made Bhullar the first athlete of Indian descent to claim a mixed martial arts World Championship. It was a star-making performance by Bhullar.

After the win, Bhullar was away from action allowing Malykhin to ascend to the top of the division.

Adding to his perfect record, Malykhin won the ONE Interim Heavyweight World Title against Kirill Grishenko. All the while, the Russian star had been calling out Bhullar for his gold. Malykhin routinely poked fun at Bhullar on social media.

Now that Bhullar is back and ready to go, the unification bout is set. Malykhin now has to back up all of his talking inside the Circle.

Both athletes are skilled grapplers with knockout power. The similar styles will push both men to be sharp heading into their title tilt. The man who can impose his will can walk out of the Singapore Indoor Stadium as the undisputed heavyweight king.

Fans finally have a date to watch one of the most highly-anticipated heavyweight clashes in recent years. Bhullar vs. Malykhin has been hotly contested through their words, and now they have to bring the heat inside the Circle.

ONE 161: Bhullar vs. Malykhin will air live on watch.onefc.com on September 29.

“Breaking: Arjan Singh Bhullar will fight Anatoly Malykhin on Sept. 29 to unify the ONE heavyweight title, @arielhelwani reports on #TheMMAHour”

u201cBreaking: Arjan Singh Bhullar will fight Anatoly Malykhin on Sept. 29 to unify the ONE heavyweight title, @arielhelwani reports on #TheMMAHouru201d