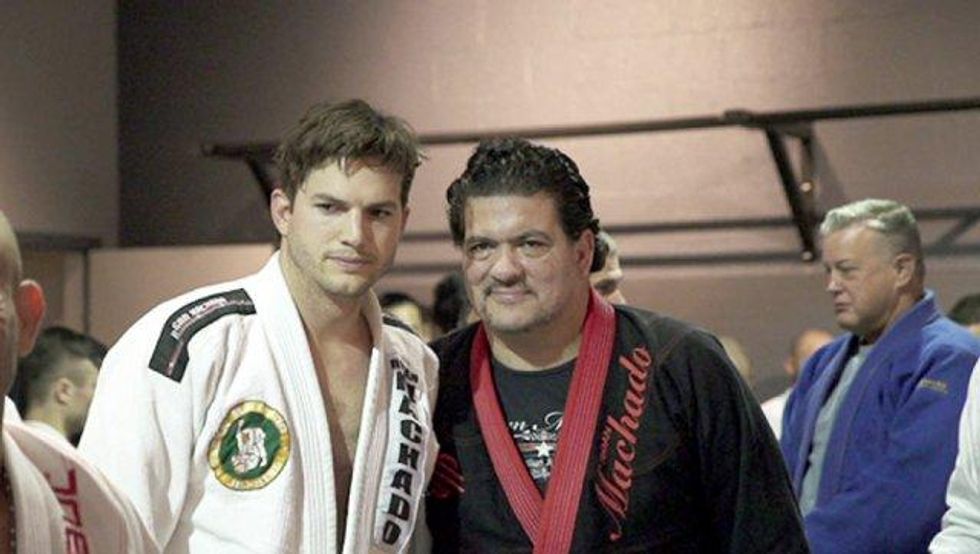 The image of your favorite celebrity may conjure up images of a huge mansion, fast cars, and big bodyguards. Their bodyguards keep them safe from harm while they have an assistant for their every need.

Now take a moment to imagine if the bodyguards weren’t hanging around for the celebrities’ protection, but for the public. As it turns out some of the richest and most famous are trained in martial arts and have even earned their black belt. Check out this list of celebrities who you don’t want to mess with.

Born February 11, 1992, Lautner began training in Karate at 6 years old. He won his first tournament that same year. Lautner trained with karate champion Mike Chat, and at 12 years old, represented the United States at the World Karate Association where he won the forms and weapons championship.

He was the best in the world in his age group at one time and was a 3-time junior world champion earning his black belt at the age of 8 years old.

The late Fast and the Furious star came from a fighting family. Both his father and grandfather, “Irish” Billy Walker, were professional boxers. Walker was a long-time Brazilian Jiu-Jitsu practitioner at Ventura Paragon Brazilian Jiu-Jitsu academy in California. He achieved the level of a brown belt before his death.

After his passing, Walker was given a black belt by his long-time professor Ricardo Franjinha Miller. Walker was a huge fan of the UFC and frequented many events. He said in an interview, that whenever he had a fight scene, he wanted to show his BJJ skills to the world.

Most known for the movie Spawn, Michael Jai White is definitely the most highly skilled martial artist on this list. White has dedicated his life to martial arts, earning a whopping 8 black belts.

Aside from Shotokan and Taekwondo, he is also skilled in boxing and mixed martial arts. The names he’s trained with are a who’s who of martial artists, like Gene LeBell, Bill “Superfoot” Wallace, and Benny “The Jet” Urquidez.

Ed O’Neil, the loud and obnoxious Al Bundy from Married with Children was an incredible athlete in his day. He was signed to the Pittsburgh Steelers for a short time in 1969.

At 42 years old, Ed began training in BJJ, proving there is no age limit to learning martial arts. Now at age 75, Ed has been training for more than 22 years and received his black belt back in 2007.

Taking a break from Hollywood, Kutcher has been kicking butt on and off the mat. The Punk’ed and What Happens in Vegas star has been using his voice and wealth to fight against human trafficking and child abuse.

Kutcher has a wrestling background which made the transition to BBJ quite easy. His time spent on the mat has earned him a brown belt under Rigan Machado. He’s rolled with some high-level grapplers like UFC Middleweight contender Paolo Casta and Craig Jones.

From this list, you can see some celebrities have been training in martial arts for many years and can handle themselves without the need for a bodyguard. Nevertheless, it shows how martial arts can benefit a person no matter their wealth or fame.