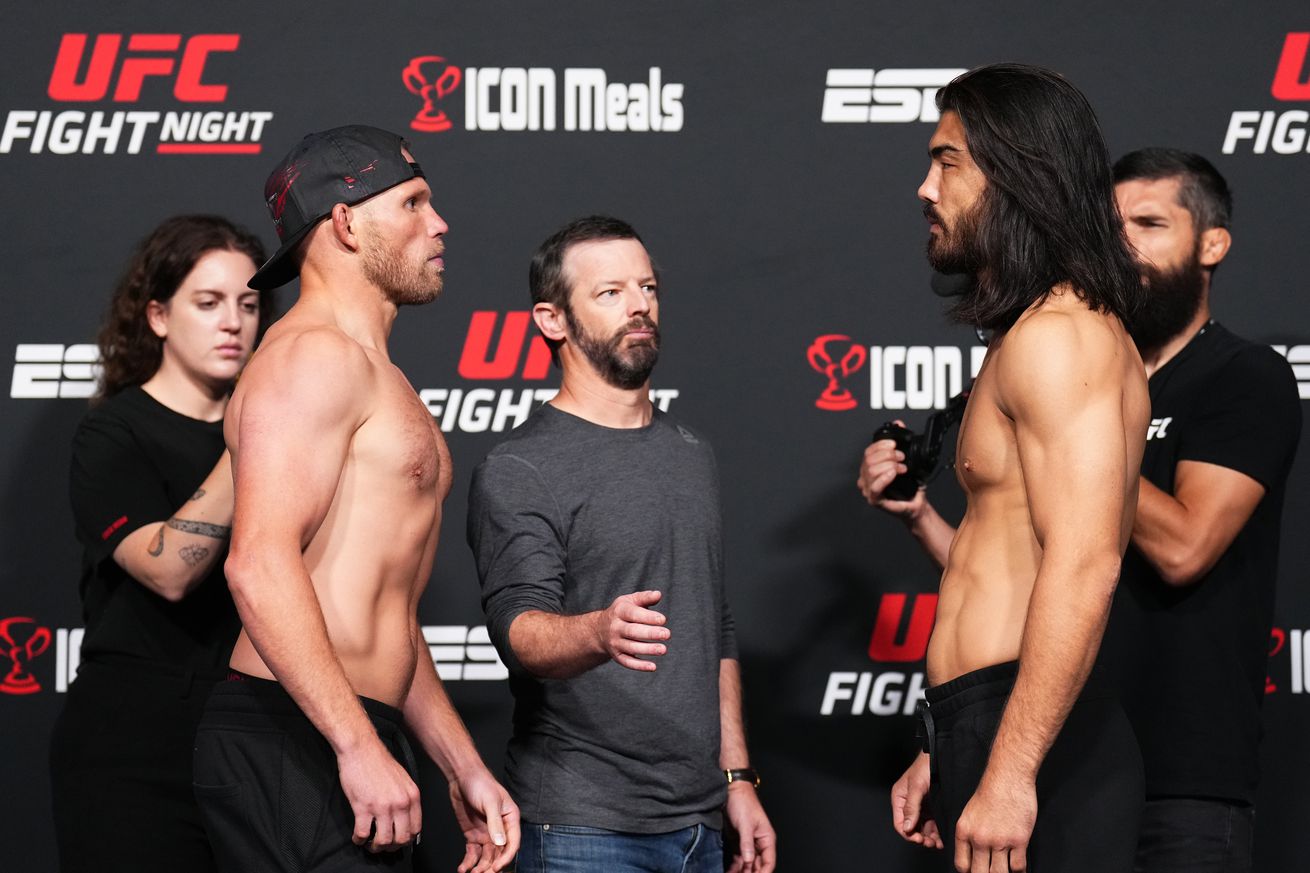 Jason Witt vs. Josh Quinlan has been moved from UFC Vegas 59 | Photo by Chris Unger/Zuffa LLC

Jason Witt and Josh Quinlan will have to wait a little longer to face each other.

Witt and Quinlan were set to fight in a welterweight prelim bout at UFC Vegas 59 this Saturday, but the bout has been postponed to next weekend’s UFC San Diego event. The bout cancellation was originally reported by Evy Rodrigues, and the move to UFC San Diego was confirmed by MMA Fighting. The reason for the postponement is unclear at this time.

Witt is a 35-year old welterweight who has been with the UFC since 2020, but he’s failed to build momentum, alternating wins and losses in the promotion. His most recent bout was a second-round knockout loss to Phillip Rowe at UFC Vegas 47. His overall career record stands at 19-8.

Quinlan is a 29-year old prospect who will be making his UFC debut. “The Maverick” earned a UFC contract with a 47-second TKO over Logan Urban at the Contender Series this past September, however his win was overturned by the NAC after Quinlan tested positive for drostanolone. His overall career record stands at 5-0, 1 NC.