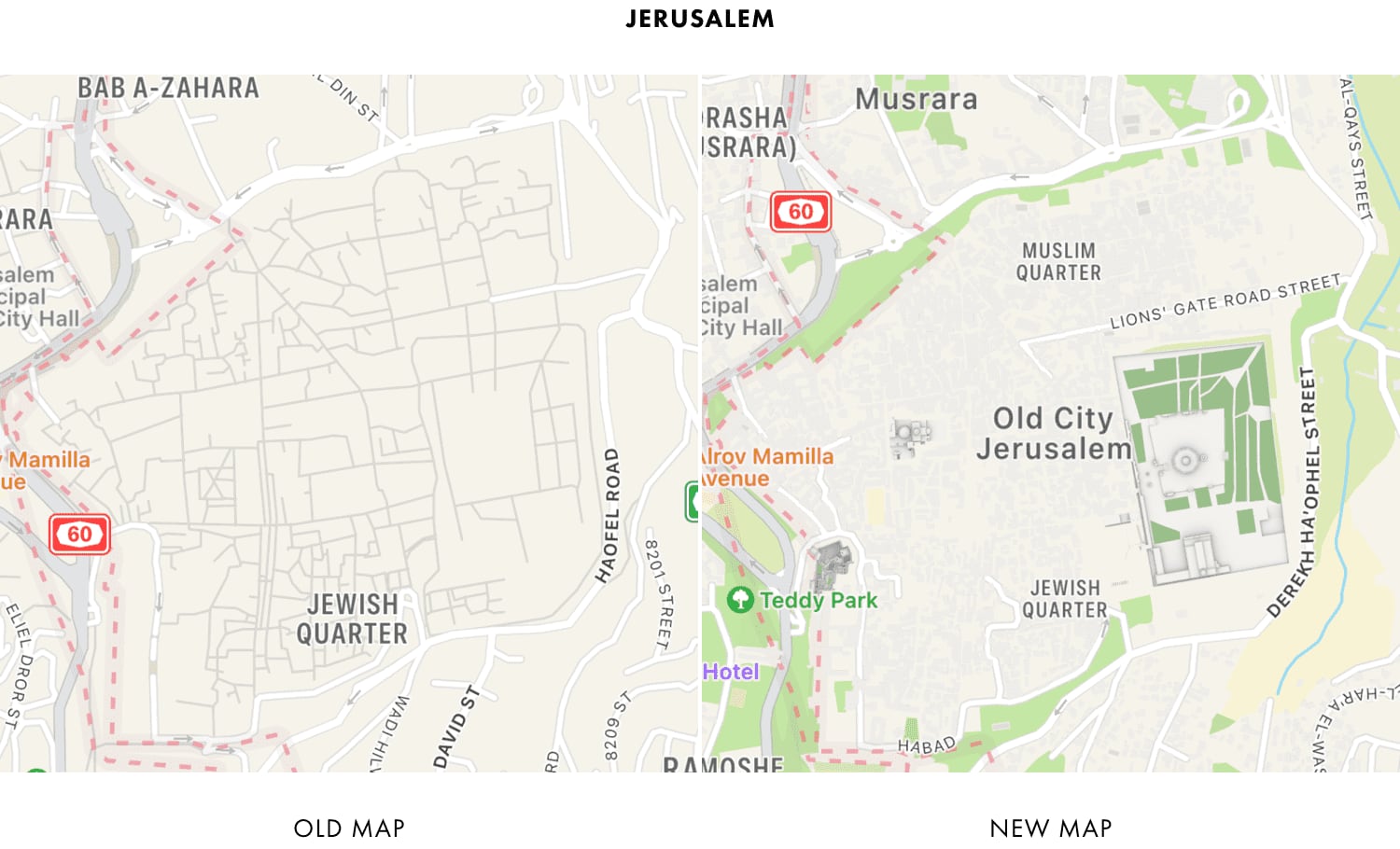 Apple has been working to expand its updated Apple Maps app to additional countries, and has started testing the revamped design in Israel, Palestine, and Saudi Arabia, according to Maps expert Justin O’Beirne.

It will be the sixteenth expansion of the updated ‌Apple Maps‌ design since the update first rolled out in September 2018. Apple in 2020 completed its U.S. rollout, and has since expanded to Australia, New Zealand, Germany, Singapore, the UK, Ireland, Spain, Portugal, Italy, France, and more.

Apple will test the update for several weeks before the Maps app sees an official update for all users. Apple’s “new” Maps design includes more detailed views of roads and foliage, faster and more accurate navigation, three-dimensional landmarks, better views of parks, buildings, airports, and shopping centers, and the Look Around feature.