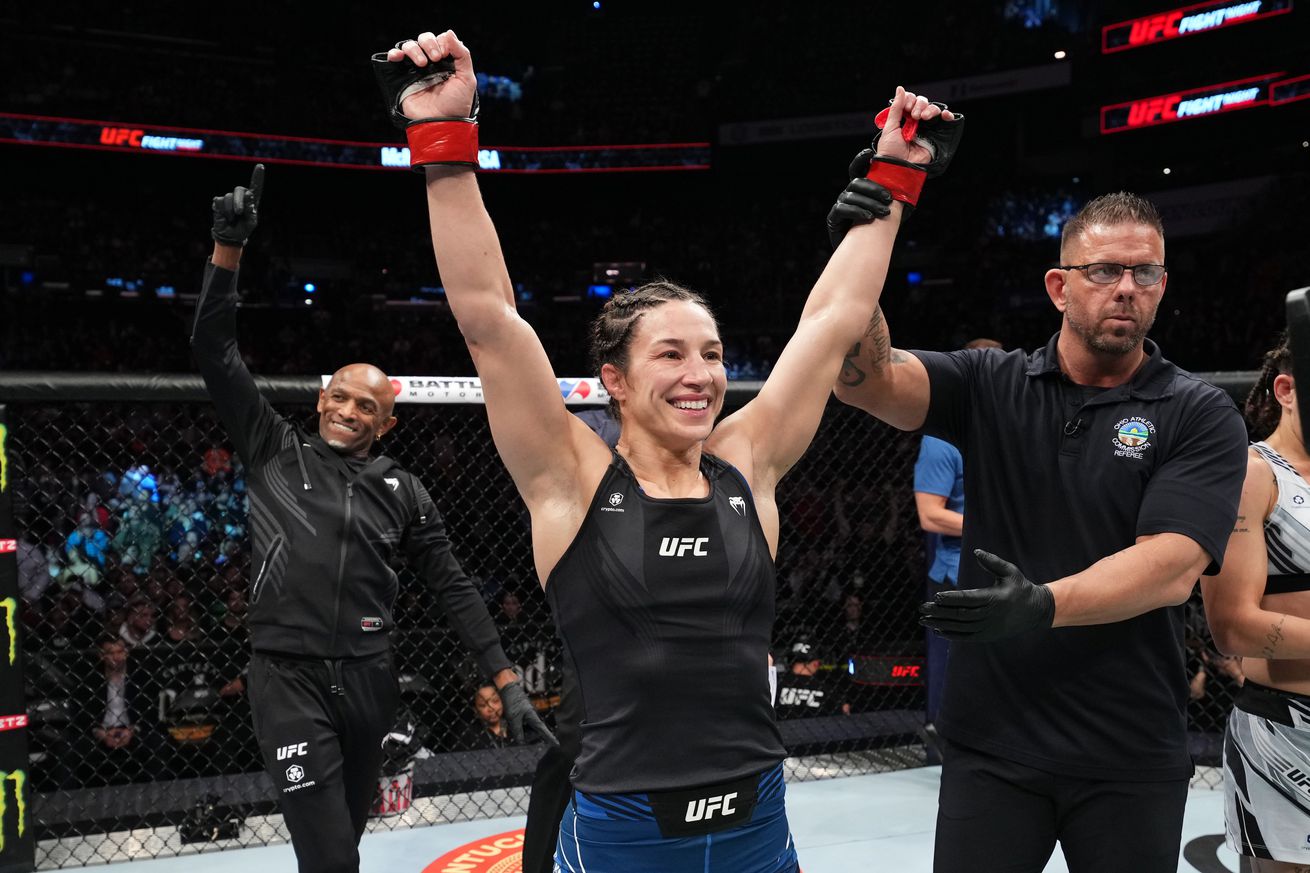 A bantamweight fight between Sara McMann and Aspen Ladd has been rescheduled for the upcoming UFC Vegas 60 card scheduled on Sept. 17 at the UFC APEX in Las Vegas.

Multiple people with knowledge of the promotion’s plans confirmed the news to MMA Fighting on Thursday with agreements in place from both athletes.

The fight was originally scheduled at the upcoming UFC San Diego card but Ladd tested positive for COVID and the matchup with McMann was pulled from the event.

Rather than find a replacement, the UFC opted to just rebook the fight for a later date.

Coming off a win over Karol Rosa in her most recent outing, McMann will seek to make it two in a row when she returns in September as the one-time UFC title challenger seeks to work her way back up the rankings at 135 pounds.

Meanwhile, Ladd is looking to stop a two-fight skid after she dropped back-to-back bouts to Norma Dumont and Raquel Pennington, which dropped her record to 1-3 in her past four fights.

The upcoming UFC Vegas 60 card will be headlined by a bantamweight showcase as Cory Sandhagen meets Song Yadong in the five-round main event.