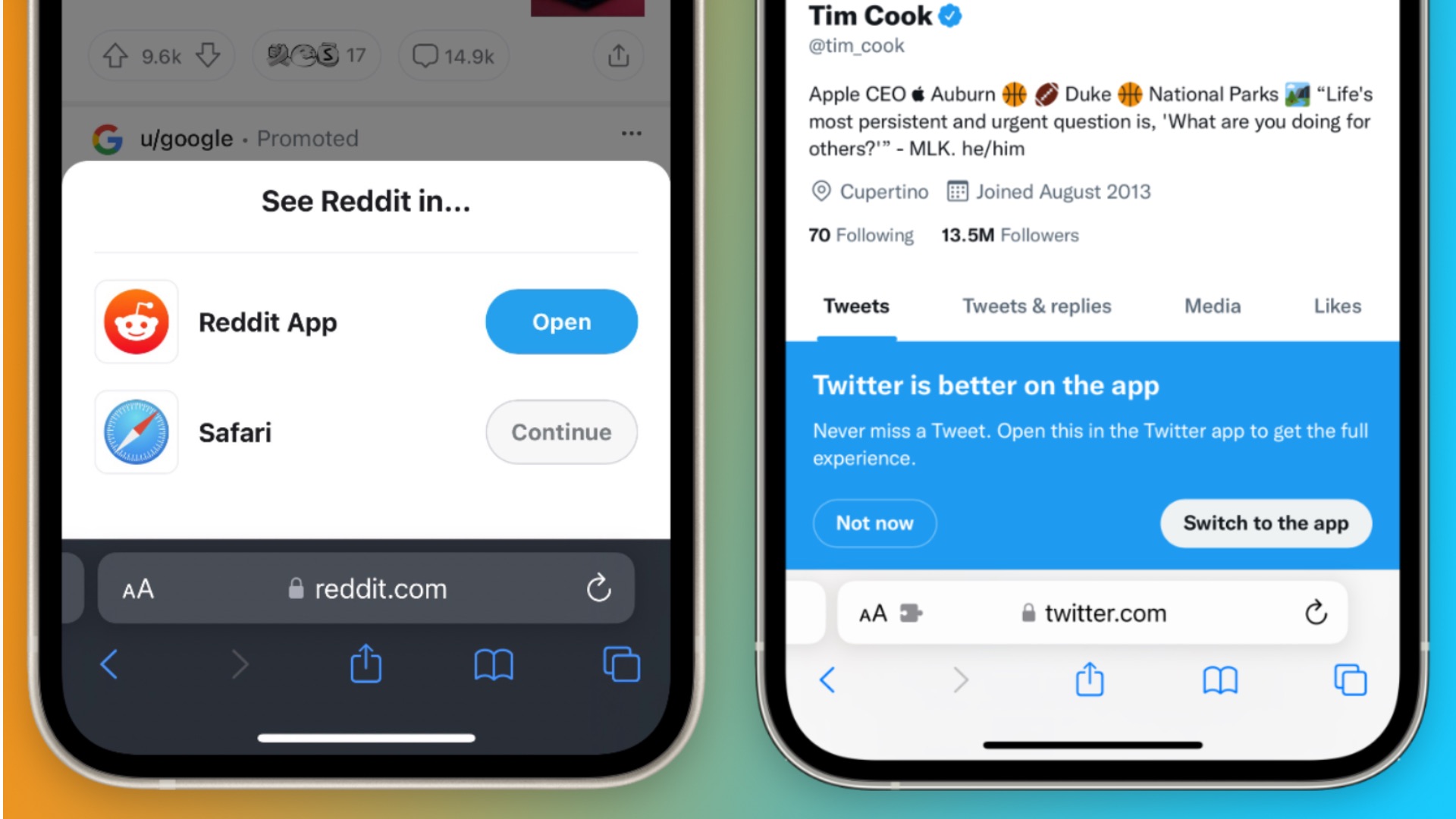 It’s a common practice for websites that have accompanying iOS apps to push users to open (if they already have the app installed) or download their app from the App Store to view the content they’re trying to view. It can be very annoying for end-users, though, as these pop-ups are usually rather intrusive to the actual content, creating a subpar experience.

Thankfully, there is a new way to block these pop-ups within Safari on ‌iPhone‌ and iPad. Developer Alex Zamoshchin has created a new Safari extension called “Banish” (via Daring Fireball) that can run on iOS and iPadOS and is designed to specifically get rid of those pop-ups. The app, which costs $2, helps eliminate a majority of those pop-ups in popular web versions of apps, but it doesn’t get rid of similar banners that show up at the top of Safari to recommend opening the current page in an installed app.

The banner at the top of Safari is built into Safari and WebKit itself, so to get rid of those, you’ll have to uninstall the respective app from your device. Banish, instead, gets rid of pop-ups implemented in the websites themselves.

To use Banish, download it from the App Store and follow the on-screen instructions to give the app the needed permission within Settings, Safari, and Extensions. You can learn more about Banish here.