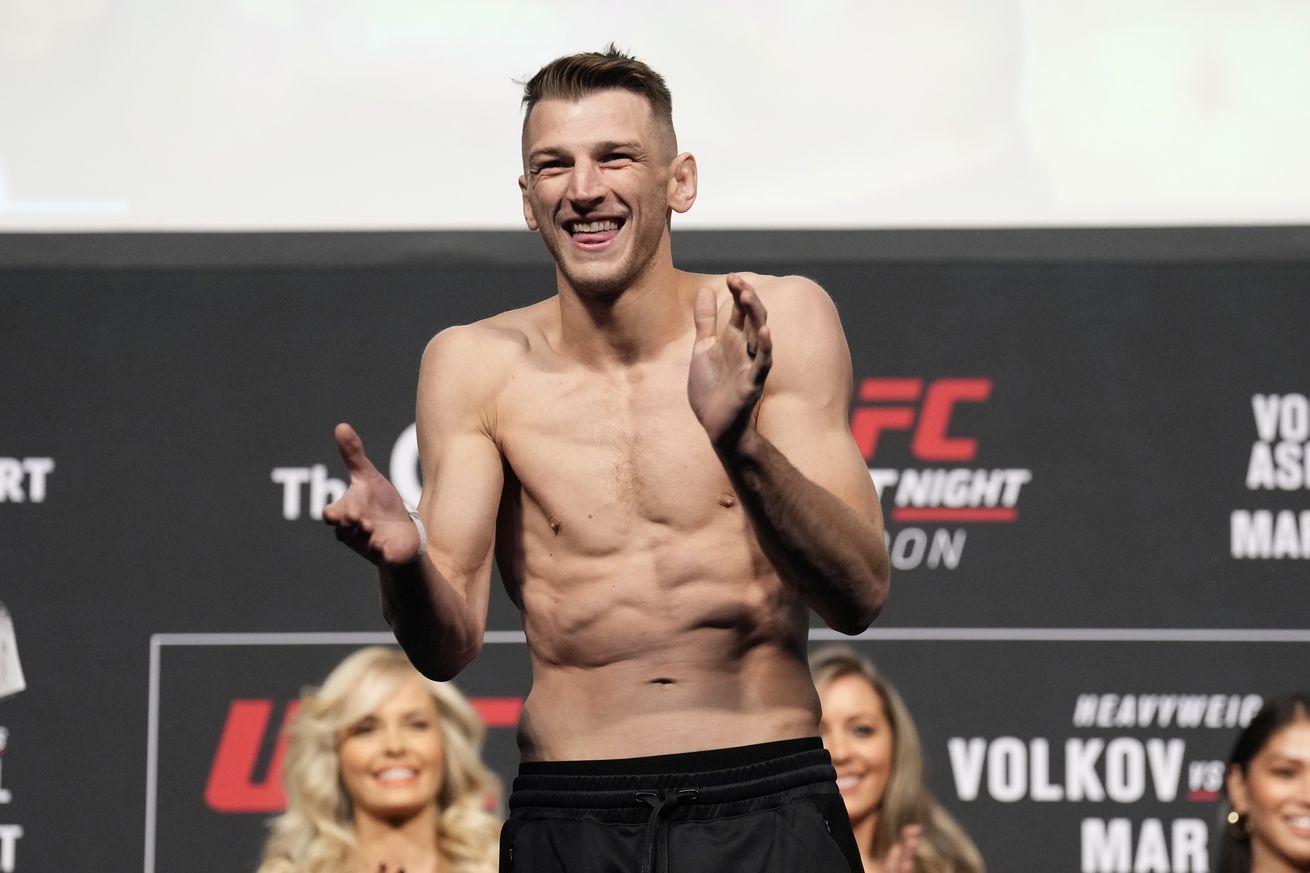 Dan Hooker is ready to get back in the octagon, and he has his sights set on one specific name.

“The Hangman” has become a fan favorite at 155 pounds in the UFC, but unfortunately for him, he’s hit a bit of a rough patch in his last five outings with a 1-4 record. Hooker most recently attempted to rekindle his fighting flame by returning to the 145-pound featherweight class against top contender Arnold Allen. Putting up a good and chaotic effort for as long as the one-round affair lasted, Hooker ultimately succumbed to Arnold via a flurry of elbows and punches against the cage.

Now, the Kiwi is itching to put his hands on someone and this week he made it clear he wants the former interim lightweight champion Tony Ferguson. Taking to Twitter in response to some fans sharing with him the bout idea, Hooker tagged Ferguson, telling him he’ll smash his face.

“Picking fights is one of my better skills,” Hooker told Submission Radio. “But I think they’ve (UFC) been looking for a fight for me for a while now. I’m just in training, I’m sick of training, I want to go into the fight camp, I want to fight, and it’s just that time.

“Tony Ferguson is the fight that they’re interested in and I think that fight makes a lot of sense. We’re both in similar positions, my management wants that fight, I think the fans want that fight, and so how do you pick a fight? You tell someone you’re gonna smash their face in. If they agree, they agree. Those are fighting words. If you’re going to pick a fight, you got to use fighting words. Smash your face in; premium quality fighting words. Can’t be ignored. Now your honor is at stake. You ignore that, now your honor is at stake, my friend.”

Ferguson, like Hooker, is also riding a stretch of bad luck in his past four outings, having suffered convincing defeats in all. “El Cucuy” undeniably had his best success in his last fight, however, giving Michael Chandler all he could handle in the opening round of their UFC 274 encounter. In the end, that would be where Ferguson’s success ran out as Chandler only needed a single strike in round two to put away one of the more durable fighters in the division’s history.

Seventeen seconds into the round, Chandler launched a pinpoint front kick up the middle, connecting with Ferguson’s chin in about as violent of a fashion as is possible. Ferguson admitted in the aftermath of the loss that had he not done as well as he did in the first round, he likely would have ended his career on that note.

The door is now open to the Hooker fight and if the City Kickboxing product had his way, he’d make it happen as soon as possible.

“This is definitely not [an easy stylistic matchup],” Hooker said. “I feel like he was looking great in the Chandler fight. I feel like we both still got a lot of good fights left in us.

“This is not the sport of fairy tales. I’ve seen that that’s one of the things the fans say; they don’t want either of us to lose because then whoever loses is in an even worse spot. You might be new to MMA, but this is not a sport of fairy tales. That’s just not how our beautiful sport works. Only one can continue, only one can keep forward and that’s a big fight. A win for either one of us puts the other one right back in the mix and that’s right where you want to be, I’m not here to make up the numbers. I’m not here just to hunt out easy wins. So, let’s just get it done.”

Politics. MMA legend Wanderlei Silva running for a seat in the Brazilian congress

Heck of a Morning. MMA Fighting’s Mike Heck reacts to the targeted Dustin Poirier vs. Michael Chandler fight and chats with Billy Goff after winning a UFC contract.

Ask and you shall receive lol #tbt pic.twitter.com/BKp28rm2qP

Throwback to me vs Gabriel Gonzaga in Japan, I can’t believe I’m about to hit Hollywood. I will do you all proud ❤️ pic.twitter.com/qLouRZpD81

HOLY SHIT EVERYONE!!! You have to try Irv’s Burgers #IfYouDontKnowNowYouKnow pic.twitter.com/u99bo9N8jN

Happy belated to the baddest grandma on the planet.

Dan makes a great point at the end there. So, with that in mind, I say make it happen, Dana.

Happy Friday, gang. Stay safe and thanks for reading.