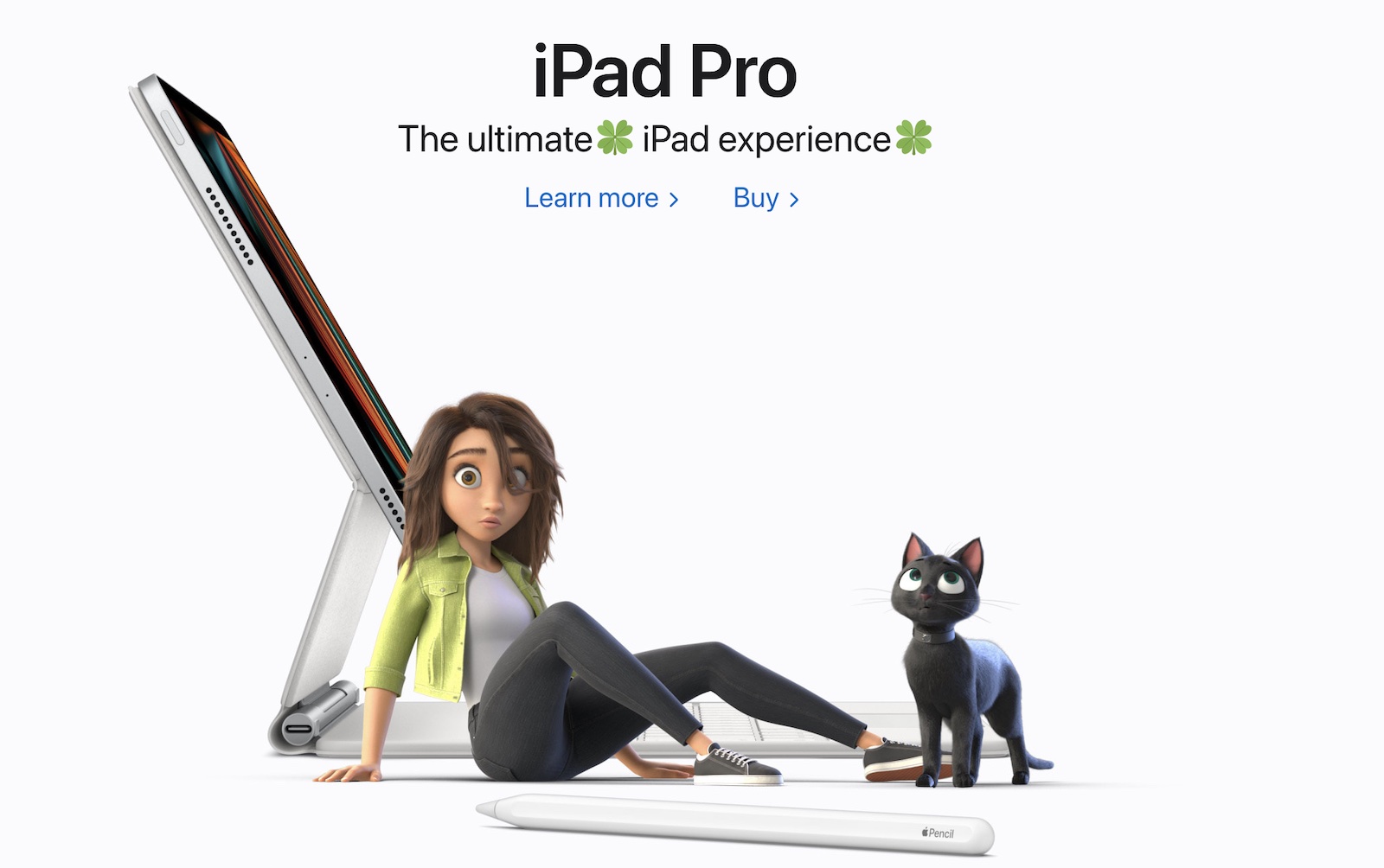 Apple TV+’s first feature-length 3D animated film “Luck” is now available to watch in the U.S. a few hours earlier than promised. Apple is promoting the film with a full-page takeover on its homepage, with characters from the film appearing in several spots.

Created by Skydance Animation, “Luck” revolves around an unlucky person named Sam Greenfield who suddenly finds herself in the never-before-seen “Land of Luck,” where she must unite with magical creatures to turn her luck around. Sam partners with a lucky black cat named Bob as they embark on a quest that could change her luck forever.

The film stars the voices of Eva Noblezada (Sam), Simon Pegg (Bob), Jane Fonda (the Dragon), Whoopi Goldberg (the Captain), and others.

“Luck” and other Apple TV+ content can be watched in the Apple TV app across the iPhone, iPad, Mac, Apple TV box, select Xbox and PlayStation consoles, select smart TVs, on the web at tv.apple.com, and on select other platforms. Apple TV+ costs $4.99 per month in the U.S., with a free seven-day trial available.