Pound Crashes After BOE Hikes By Most Since 1995, Starts Gilt Sales Yet Warns Of Crushing Stagflationary Recession

In what may be the most dovish double-rate hike in history, moments ago the Bank of England raised rates by the expected 50bps to 1.75% and announced it was starting gilt sales, yet at the same time the bank forecast a “long recession” driven by soaring recession (perhaps soaring stagflation would have been more appropriate).

The rate hike was supported by 8 of the 9 voters (Tenreryro voted for 25bps) who copied the RBA phrase that policy not on a “pre-set path” and also kept up a pledge to act forcefully again in the future if needed, potentially putting similar hikes on the table for coming meetings. While the UK central bank was the first major central bank to hike rates after the pandemic, and has moved at every meeting since December, it had thus far stuck to smaller, more usual moves. That left it risk of falling behind the curve, with some 70 other central banks having moved by a half-point or more this year.  The Federal Reserve has raised interest rates by 75 basis points at its last two meetings, while even the European Central Bank kicked off its cycle in July with a half-point rise.

The hike comes as officials predicted a UK recession will begin in the fourth quarter, and last all the way through next year. That’s the longest slump since the financial crisis. Officials expect the economy to shrink by around 2.1% in total. Inflationary pressures have “intensified significantly,” the BOE said. “The latest rise in gas prices has led to another significant deterioration in the outlook for activity in the United Kingdom.”

The BOE also boosted its forecast for the peak of inflation from 13.1% to 13.3% in October amid a surge in gas prices, and warned that price gains will remain elevated throughout 2023 as stagflation. That will sharpen a cost of living crisis that will see real disposable incomes fall more than at any time in around 60 years.

Alongside the decision, the BOE also laid out its plans for reducing the mammoth government bond holdings it amassed during the crisis. Active sales, the first carried out by a major central bank, are likely to start after a confirmatory vote in September and will be in the region of around £10 billion a quarter. Including redemptions, the BOE sees its stock of gilts declining around £80 billion in the first year of the program. Officials said there would be a “high bar” to altering the plan. Sales of the far smaller holding of corporate bonds will begin in the week starting Sept. 19, the BOE said. Taken together the moves represent a significant step up in the BOE’s battle against inflation.

The BOE also said it plans to sell gilts from its holdings evenly across “buckets” of short, medium and long-maturity gilts, and will not schedule a gilt sales operation on the same day as an operation by the UK’s Debt Management Office.

The BOE will also launch a new Short-Term Repo facility, designed to keep short-term market rates close to the BOE’s key interest rate as it reduces the size of its balance sheet.

Here are the details from the BOE announcement:

Committee is provisionally minded to commence gilt sales shortly after its September meeting subject to economic and market conditions being judged appropriate and to a confirmatory vote at that meeting.
The Committee judged that over the first twelve months of a sales programme starling in September a reduction in the stock of purchased gilts held in the APF of around GBP 80 billion was likely to be appropriate.
Given the profile of maturing gilts over this period this would imply a sales programme of around GBP 10 billion per quarter

The forecasts, based on average energy bills increasing by 75% to around £3,500 in October, also highlight the scale of the challenge awaiting the victor of the race to replace Boris Johnson as UK prime minister.

The BOE forecasts, based on a market path for interest rates that peaks at 3% next year, show the economy contracting about 1.25% in 2023 and a further 0.25% the following year. Unemployment, meanwhile, will climb to 6.3% by 2025. Inflation will peak above 13% later this year, and still be at 9.5% in the third quarter of 2023. After that it will fall rapidly toward the 2% target as the recession saps demand.

As Bloomberg notes, even after billions of pounds of government support for struggling households, families are set to be around 5% worse off by the end of 2023 with incomes falling both this year and next. So set against the gloomy outlook, the half-point hike, unprecedented since the BOE gained independence in 1997, is a sign officials are calling time on the era of cheap money and scrambling to keep pace with a wave of global tightening from its international peers.

The BOE decision feeds into what BBG described as an increasingly acrimonious debate about who is responsible for growing cost-of-living crisis. The BOE has been blamed in some quarters for acting too slowly in face of the growing inflation threat, and Liz Truss, who is favored to win the race Johnson as prime minister, has vowed to sharpen the BOE’s mandate if she takes power. The contest for the leadership has also made the task of forecasting the economy harder. The final two candidates are offering widely differing views on tax cuts and borrowing levels, with front runner Liz Truss advocating the more radical path. By convention, the BOE bases its forecasts on announced government policy, so the predictions don’t take into account anything brought up during the campaign.

With inflation soaring, the vote split on rates was more forceful than expected, with most economists expecting the nine-member Monetary Policy Committee to vote 7-2 for a 50 basis-point hike. Only Silvana Tenreyro backed a smaller move, saying rates may already have reached a level consistent with returning inflation to target and flagging worries about squeezed household incomes.

Minutes of the meeting showed officials kept in a pledge to move “forcefully” on rates if needed in future – language which paved the way for the half-point hike this month. Policy makers also added guidance that “policy was not on a preset path.”

Summarizing the uber-dovish-mega-hike, Vanda Research FX strategist Viraj Patel said that “this is what EM central banks do hike rates into a recession. Stagflation trade in the UK back on. And that’s not good news for $GBP that cares about growth more than defensive rate hikes”

Hate to say it… but this is what EM central banks do hike rates into a recession. Stagflation trade in the UK back on. And that’s not good news for $GBP that cares about growth more than defensive rate hikes https://t.co/jEFcNaGsPU

In kneejerk response, cable, which had risen into the decision, immediately tumbled as it realized the rate hikes will be limited in the face of the coming recession, and plunged more than 100 pips below 1.21 to a session low of 1.2086 so far as markets digested the grim projections from the BoE, especially the 5 quarter recession.

At the same time, Gilts spiked and sent yields sliding to session lows of 1.84% as the coming “long recession” means massive curve inversion.

Following the announcement, market pricing has a 25bps in Sept entirely priced in with a 30% chance of a 50bps rate hike. Further out, end-2022 pricing is relatively unchanged from pre-release levels with 100bps of further upside implied before the barrage of rate cuts and new QE begins.

2022.08.13 0
The Attempt To Prosecute Donald Trump Is Unleashing More Than Our Political System Can Handle 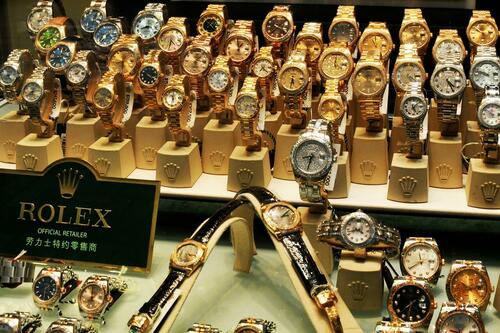