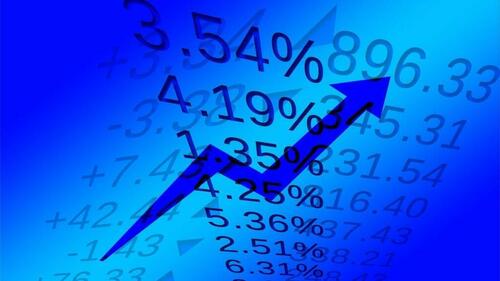 After the second straight negative GDP print in Q2, the markets began anticipating that the Federal Reserve would pivot away from its monetary tightening. But a few choice words from some Fed members this week caused thoughts of a pivot to pivot. As Peter Schiff put it in his podcast, it appears to be damn the recession! Full ahead with rate hikes. The question is how long can the Fed keep this up?

On Tuesday, we saw a big drop in the stock market, as well as gold and silver, after a strong rally late last week and into Monday on the back of the GDP news.

Meanwhile, the yield on a one-year Treasury bill exceeded the yield on a 30-year US Treasury bond. That not only confirms recession but also indicates that investors are confident inflation will return to 2% and stay there for 30 years.

This was all driven by more hawkish talk from members of the Federal Reserve.

All the talk of a Powell Pivot has taken a back seat.”

Neil Kashkari started things off over the weekend when he appeared on Face the Nation and said, “Whether we are technically in a recession or not doesn’t change my analysis.” He went on to say, “We’re going to do everything we can to avoid a recession, but we are committed to bringing inflation down, and we are going to do what we need to do.”

Kashkari is typically one of the most doveish FOMC members. But Peter said he changed his feathers and sounded like a hawk.

He stayed on script and said the Fed is committed to fighting inflation and bringing inflation back down to 2%. He didn’t seem to care about the economy. He seemed steadfast in his resolve and commitment to get inflation down to 2%.”

On Monday, more Fed members piled on, singing the same song. They downplayed any issues with the economy and didn’t express any worry even if it is in a recession. In fact, they’re toeing the Democratic Party line that the economy is strong.

Perhaps the most outspoken was San Francisco Fed President Mary Daly. She said she was “puzzled” by bond market prices that reflect investor expectations for the central bank to shift to rate cuts in the first half of next year. She insisted the central bank will keep raising rates and then hold them there “for a while.”

With all of this talk, the markets seem to be reconsidering the possibility of a pivot, or at least pushing back the pivot further in time.

That’s why you’re seeing both a backup in short-term rates and an inversion in the yield curve because the markets recognize that regardless of what the Fed is saying about a strong economy, their fight against inflation will put this strong economy into recession, if it’s not already in recession. In fact, if it is in recession, the Fed is committed to making the recession worse in order to fight inflation.”

But Peter said there is something the markets haven’t figured out. They still think the central bank will succeed in its fight against inflation. They believe if the rate hikes don’t do the trick, the recession will.

Peter said the Fed will keep up the pretense and bluff as long as they can. But ultimately, they’ll show their cards and make that pivot back to loose money.

In this podcast, Peter goes on to note that the Fed has abandoned inflation averaging, and he talks about the record levels of household debt. He also discusses the collapse in real wages, the threat of China damaging the US economy, and the urgency to buy gold before the Chinese get to it.