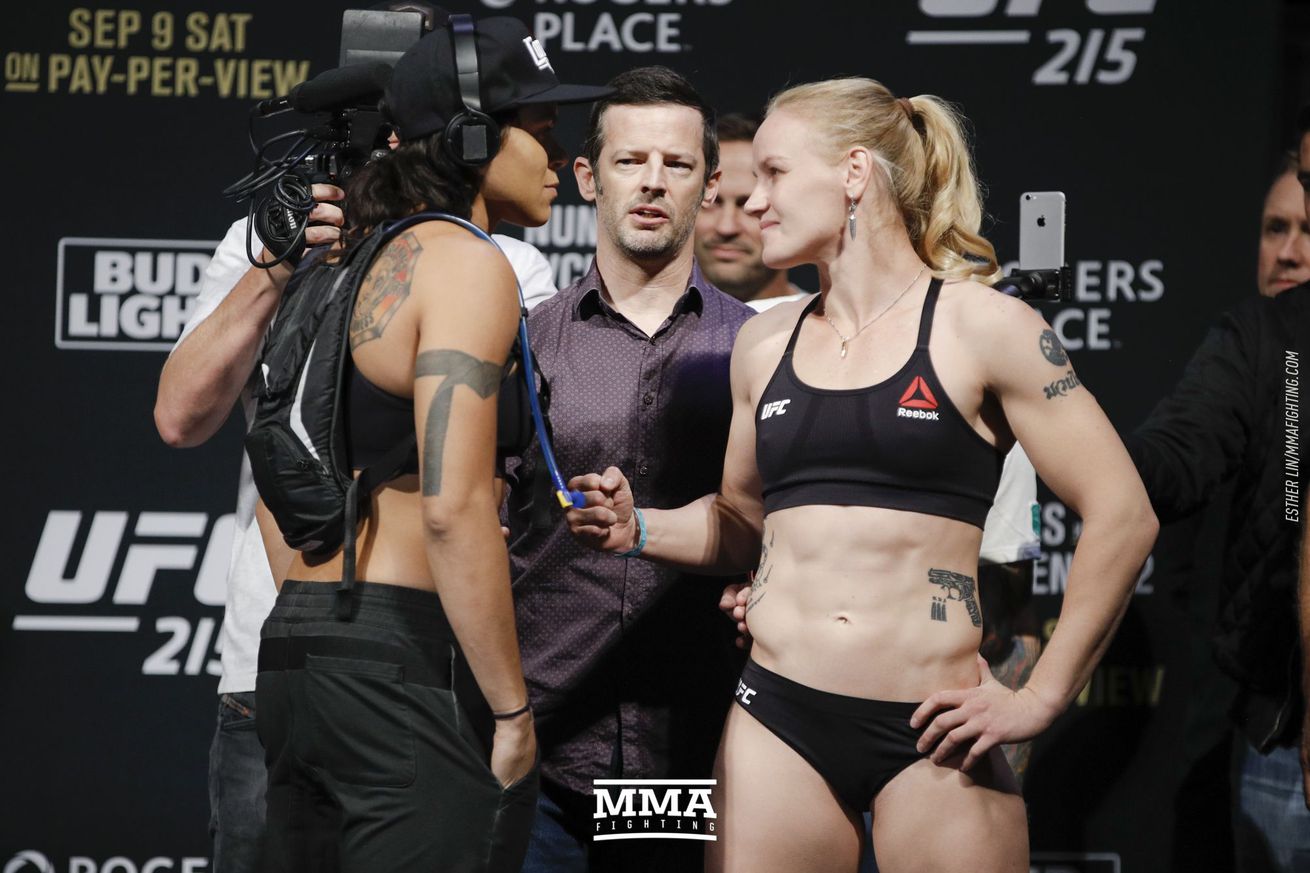 Some rivalries are just destined to last.

That was the case this past month as two different pairings dominated the pound-for-pound discussion. On the men’s side, it was Brandon Moreno and Deiveson Figueiredo, who reignited a 125-pound debate after booking themselves a fourth dance date to (hopefully?) settle their iconic series once and for all. On the women’s side, it was Amanda Nunes and Valentina Shevchenko, the two most dominant women of their era, who penned yet another chapter in their back-and-forth as the debate over No. 1 (and a potential trilogy match) looms.

So how did the past few weeks affect the global pound-for-pound landscape?

Don’t forget to listen to the newest episode of the MMA Fighting Rankings Show, where the panel debated the biggest moves of July, whether Nunes should once again be ranked at the top of the pound-for-pound list, which rankings newcomers are the real deal, which fighter should be the most aggrieved over being denied a UFC title shot, and much more.

Quickly, a refresher on some ground rules before we dive in:

The eight-person voting panel consists of MMA Fighting staffers Shaun Al-Shatti, Alexander K. Lee, Guilherme Cruz, Mike Heck, E. Casey Leydon, Steven Marrocco, Damon Martin and Jed Meshew.
Fighters will be removed from the rankings if they do not compete within 18 months of their most recent bout. Updates to the rankings will be completed at the start of every month.
Should a fighter announce their retirement, our panel will decide whether that fighter should immediately be removed from the rankings or maintain their position until further notice (let’s put it this way: we’d have taken Khabib Nurmagomedov out of our rankings a lot quicker than the UFC did).
Holding a promotion’s title does not guarantee that fighter will be viewed as the best in their promotion.

As a reminder, the notion of pound-for-pound supremacy is always going to inherently be subjective. When you’re debating whether someone like Stipe Miocic should be ranked below someone like Max Holloway, there is no true right answer. So while our MMA Fighting Global Rankings serve some sort of actual, functional purpose — pound-for-pound lists? They’re just here for a good time. In other words: It’s not serious business, folks.

Thoughts? Questions? Concerns? Make your voice heard in the comments below.

Yes, the two flyweights seem fated to be linked together forever — the oil to the other’s water, the peanut butter to the other’s jelly, the Chuck Liddell to the other’s Rampage Jackson. Moreno proved that yet again at UFC 277 when he set the stage for an unprecedented tetralogy to take place following his highlight-reel knockout of Kai Kara-France, which helped catapult the Mexican-born star to the interim UFC flyweight title. The win also vaulted Moreno up from No. 18 into the No. 14 spot on MMA Fighting’s men’s pound-for-pound list — ironically, just one spot below the No. 13 ranked Figueiredo.

After more than an hour of cage time together, Figueiredo and Moreno remained locked in a 1-1-1 dead heat as their iconic series shifts into its (likely?) final chapter. They’re so evenly matched that multiple panelists on our rankings committee even defected back to the Moreno side of the debate this month when they filed their new flyweight ballots.

Fortunately, we should get some resolution soon — the two are expected collide either in late 2022 or, if Figueiredo gets his wish, at the UFC’s return to Brazil in early 2023.

Looking ahead to August, will longtime pound-for-pound king Kamaru Usman reclaim his throne after recently ceding the No. 1 spot to Alexander Volkanovski? He’ll get his chance when he seeks to end the 10-fight unbeaten streak of Leon Edwards at UFC 278.

Amanda Nunes is once again the best of the women’s bantamweight division. But has she reclaimed her title as the No. 1 pound-for-pound female fighter in the sport?

The answer was a resounding “no” from the majority of our rankings committee this month. Following Nunes dominant decision win over Julianna Pena at UFC 277, which saw her avenge one of the biggest upsets in MMA history and become the only women in UFC history to score three knockdowns in a single fight, Nunes received just two out of a possible eight first-place votes. Only Shaun Al-Shatti and Guilherme Cruz voted to give “The Lioness” her old top spot, despite the fact that Nunes is up 2-0 in the series against current UFC flyweight champion and pound-for-pound No. 1 Valentina Shevchenko.

The debate between Nunes and Shevchenko is one that has raged on for years at this point, starting ever since Shevchenko moved down to 125 pounds and established herself as one of the most dominant female champions the UFC has ever seen. Still, there is always the chance it gets resolved soon. The calls for a Nunes vs. Shevchenko 3 superfight renewed in full force in the aftermath of UFC 277. Even Nunes and UFC president Dana White seem to be warming up to the idea. Can Shevchenko be convinced?

In the meantime, it’s back to work for one of the busiest fighters on either the men’s or women’s pound-for-pound list, as two-time PFL champion and No. 9 ranked Kayla Harrison looks to make it three straight when she takes on Martina Jindrova in the semifinals of PFL’s lightweight tournament. With a win, she’ll move one fight away from capturing yet another $1 million payday.