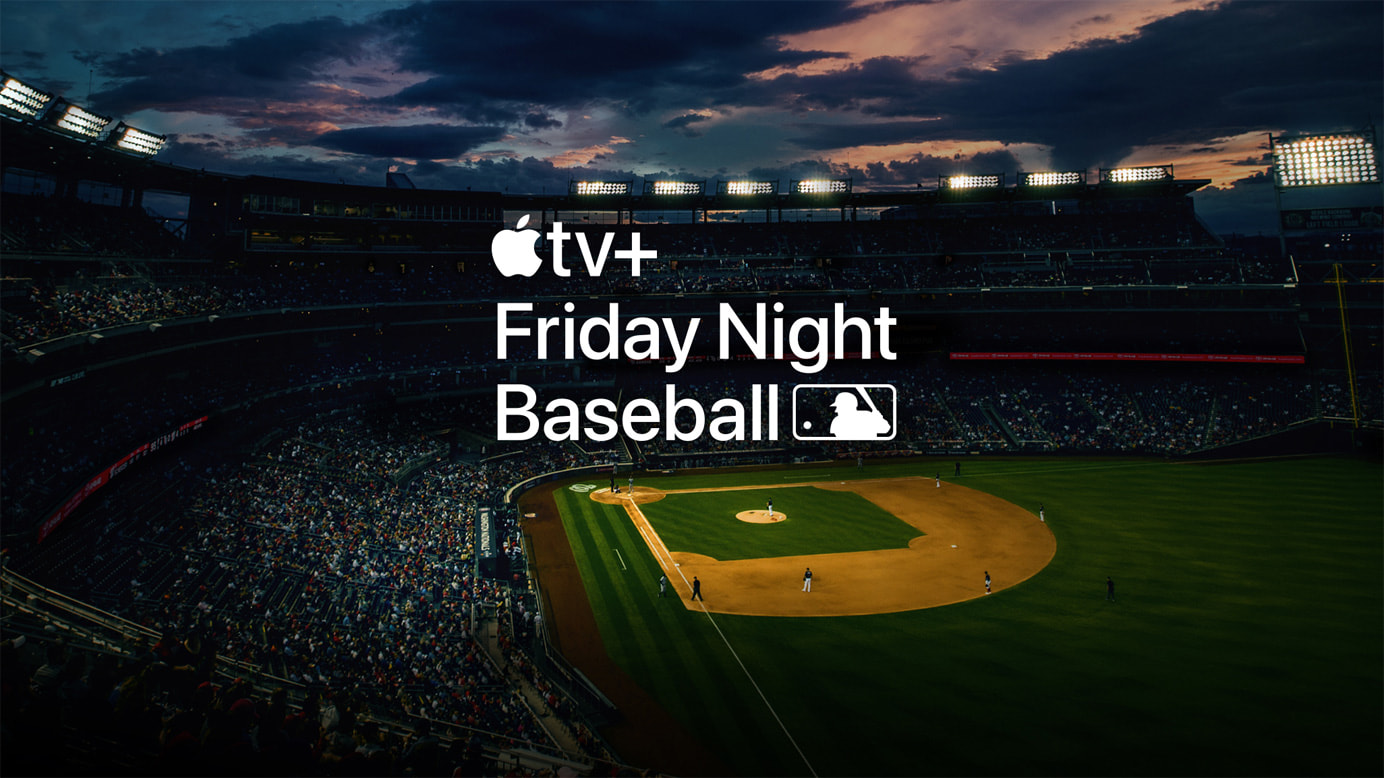 Apple today announced that its weekly MLB doubleheader “Friday Night Baseball” is now available to users in Colombia, the Dominican Republic, Germany, and Italy. The games remain free to watch on Apple TV+ without a subscription for a limited time.

Apple also released the September schedule for “Friday Night Baseball” games. Assigned broadcasters for each game will be announced on a weekly basis.Friday, September 2

10 p.m. ETThe weekly doubleheaders, and additional content like live pregame and postgame shows, can be watched in the Apple TV app across the iPhone, iPad, iPod touch, Mac, Apple TV 4K and Apple TV HD boxes, select Xbox and PlayStation consoles, select smart TVs from brands like Samsung and LG, on the web at tv.apple.com, and on select other platforms.

“Friday Night Baseball” debuted on Apple TV+ in April and will continue through the 2022 regular season, which ends October 5. The games can also be watched in the United States, Canada, Australia, Brazil, Japan, Mexico, South Korea, and the United Kingdom.