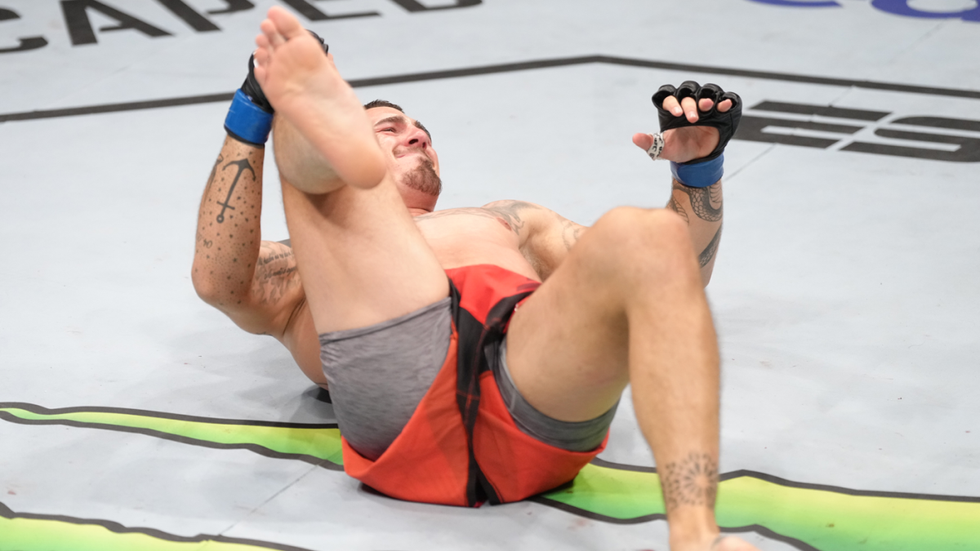 People are going to start asking if the UFC has a main event curse as Tom Aspinall suffered a freak knee injury in the opening seconds of his highly anticipated heavyweight fight with Curtis Blaydes in London at Saturday’s UFC Fight Night 208. After last week’s main event between Yair Rodriguez and Brian Ortega ended in disappointing fashion when Ortega dislocated his shoulder as he pulled free of an armbar attempt in the first round, Aspinall and Blaydes promised to make up for that with a key match-up of top ten heavyweights.

Blaydes came in having won seven of his last eight and seemed poised for title contention while Aspinall was undefeated in five UFC bouts and appeared the most promising up and coming fighter in the division. But just 15 seconds into their match, Aspinall threw a low right roundhouse kick and, as he retracted his leg and planted it down, suddenly dropped in pain clutching his knee. Referee Herb Dean had no choice but to immediately stop the match and award it to Blaydes by a TKO which left no one satisfied.