Trump on Elon Musk: “You know, he said the other day, Oh, I’ve never voted for a Republican. I said, I didn’t know that, he told me he voted for me. So he’s another bullshit artist.” pic.twitter.com/1cBiZsX1BJ

The former president said that he wanted to “stop left-wing censorship and to restore free speech in America.” Following that, he promoted Truth Social and then made the following comments about Elon Musk.

“I tell you what. Elon is not gonna buy Twitter. Where did you hear that before? From me.”

“He’s got himself a mess. You know, he said to me the other day, ‘oh I’ve never voted for a Republican.’ I said, “I didn’t know that. You told me you voted for me.’ So he’s another bullshit artist but he’s not going to be buying it. Well, he might later.”

The former president then instructed his base again to sign up for his social network, Truth Social.

Many far-left talking heads are either mocking Elon Musk or celebrating this. However, Trump is completely wrong about Elon Musk, in my opinion. And his reasoning for not buying Twitter is, I think, due to the bot issues that plague the social network.

Twitter has a real problem with bots and fake accounts and doesn’t really seem to care about solving that problem. On the other hand, real accounts often get suspended for no reason. This happened to me in 2020 after Elon Musk responded to me about ventilators for Louisiana. This was before my account was verified. And I am not the only one who has had this happen.

Is Twitter worth $44 billion? I highly doubt it. Elon Musk was right to call out Twitter on its bot problem. He has been impersonated by both verified and non-verified accounts promoting crypto scams.

The Bot Attack On Elon Musk Before He Decided Against Buying Twitter.

What I haven’t seen the media address is the bot attack on Elon Musk right before he called off the Twitter deal.

Recently, Insider published an article breaking the story of Elon Musk’s new set of twins born last November. And strangely, that account’s tweet was supported by a lot of bots and fake accounts. We know this thanks to Andrea Stroppa, a contributor to the World Economic Forum, who shared research into the Insider account and its bots in a Twitter thread.

“Yesterday, an online media outlet published an article about Elon Musk’s personal life and a person close to him. These articles generated thousands of harassment, insults by some users, and malicious bots. Watch the video. Here’s what happened. A thread.”

Yesterday, an online media outlet published an article about Elon Musk @elonmusk personal life and a person close to him. These articles generated thousands of harassment, insults by some users and malicious bots. Watch the video

Here is what happened. A thread pic.twitter.com/ukyGydQWxj

“ThisIsInsider, part of Business Insider, published the article. Business Insider tweeted It multiple times article and then created a Twitter thread. A user contacted me through DMs, sending me a screen of suspicious comments below the tweets.

“The tip was correct. Around 9.000 tweets posted by bots in a couple of hours produced insults toward Elon and a person close to him. It’s interesting because, as you can note, tweets have an additional random character. It’s a trick to bypass potential spam detection.”

“Many real users also tweeted insults, but the n° of tweets produced by bots are not comparable, even If some of these real users might have a more significant impact. In fact, with quick network analysis, we found that these accs belong to a specific political group.”

“As Elon said attacks against him and his companies have increased over the past months. But recently, these attacks have involved even his family and people close to him. And about that, I want to share a personal thought.”

“Elon Musk is a strong person. Yeah, of course, he’s not a robot. He has feelings, so sometimes, these attacks push him down. But it’s ok. It’s the pressure that a person like Elon is ok to face but let’s keep his family and children away from these things.”

“As the last tweet of this thread, I’d love to mention this wonderful verse “For they have sown the wind, and they shall reap the whirlwind…” Hosea (8,7).”

“To the people who insult the personal profile of a mother of two kids, we pity you.”

This may seem random but I want to include a thought here. Elon Musk has gotten a lot of hate-fueled criticism from the far-left over his evolving political stance. I think that a huge part of the problem is also bots.

I’d share something on Twitter and the tweet would go viral. I’d get so much hate from accounts that were either new, had very few followers, or were old but very inactive with the exception of commenting on tweets about Elon Musk. Clearly bots or at least troll farms.

In the past I voted Democrat, because they were (mostly) the kindness party.

But they have become the party of division & hate, so I can no longer support them and will vote Republican.

Now, watch their dirty tricks campaign against me unfold …

And these farms and bots, I suspect, are being used to make certain tweets more visible. And they amplify the sensation of a trend on Twitter. This includes Elon Musk. Combine this with the narrative of him being a far-right Republican being put forth and we have a hot mess.

Some of the accounts are also used to try to silence any truth cutting through the misinformation. For example, the tweet above is Elon Musk explaining why he chose to vote for a Republican for the first time. The hate that followed drowned out the truth itself.

For example, I find it odd that no mainstream media outlet commented or reported Senator Warren’s taking out Facebook ads against Elon Musk and literally spreading lies about him.

Yes, Elon has tweeted that he voted Republican for the first time. But many forget that he actually voted for President Biden. He also voted for Hillary Clinton.

And President Biden completely snubbed Elon Musk, Tesla, and even SpaceX. The current president even went on to claim that General Motors’ Mary Barra was the true leader of the EV industry when it is actually Tesla. And Tesla is still leading–unless you count hybrid electric vehicles as battery-electric vehicles.

But I’m no fan of the far right either.

The fact of the matter is that he actually called out both the far right and the far left. Elon Musk has been a bit harder on the left, I think it’s because he might feel as if the political platform betrayed him. He supported the left for the longest and now they are vilifying and jeering at him.

Many on this platform are making him the current thing to hate. Imagine having a platform you’ve believed in and rooted for suddenly make you their sworn enemy.

The Democrat vs Republican tribalism among otherwise intelligent people is most distressing.

Demonizing everyone who would vote for an alternate party is not constructive.

Former President Trump is wrong to call Elon Musk a “bullshit artist” especially since the former president isn’t known for being truthful. I think Trump is doing the exact same thing the media, left-wing and right-wing politicians, and crypto scammers are doing. He is, in my opinion, using Elon Musk’s name to simply generate more views and media attention.

I also highly doubt that Elon Musk told the former president that he voted for him. Or that he spoke with Elon Musk “the other day.” 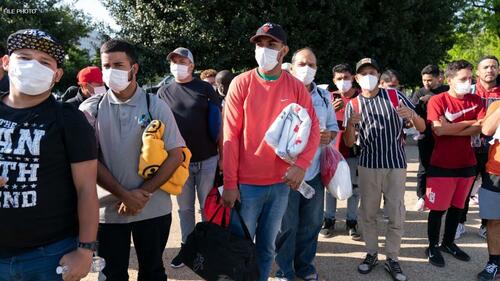 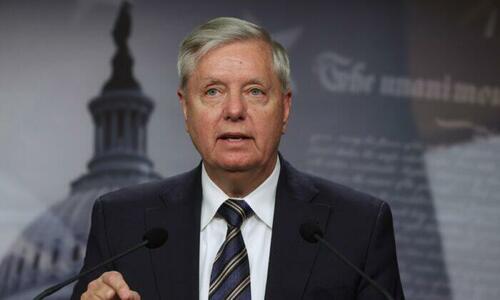