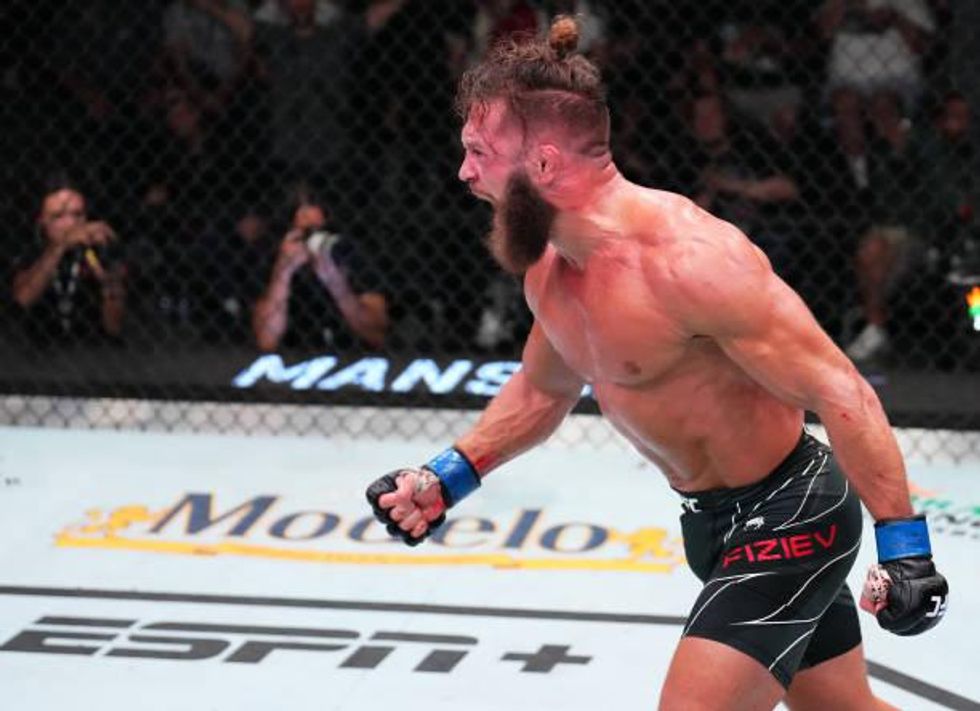 Rafael Fiziev had been winging and missing big left hooks all night long but finally landed one when it counted most stopping Rafael Dos Anjos in the fifth round of their UFC Fight Night main event Saturday in Las Vegas. It was Fiziev’s sixth straight win – and his biggest – coming over a former lightweight champion.

Dos Anjos made his intentions clear from the start barreling in on takedown attempts but unable to really hit one for the first three rounds. Meanwhile, Fiziev mixed kicks and punches well from the outside scoring with thudding left/right combinations to the body but failing to land the big hook upstairs.

It was Fiziev’s first time fighting past three rounds and he seemed to slow in the fourth as Dos Anjos finally got his takedown lifting and dropping his opponent then holding him down. But just when it appeared the tide was turning, Fiziev came out for the final round with a jumping knee attack. Though it failed to land, he followed up with a right and then the left hook that dropped Dos Anjos. A couple of more punches on the ground had the referee quickly stopping the contest.