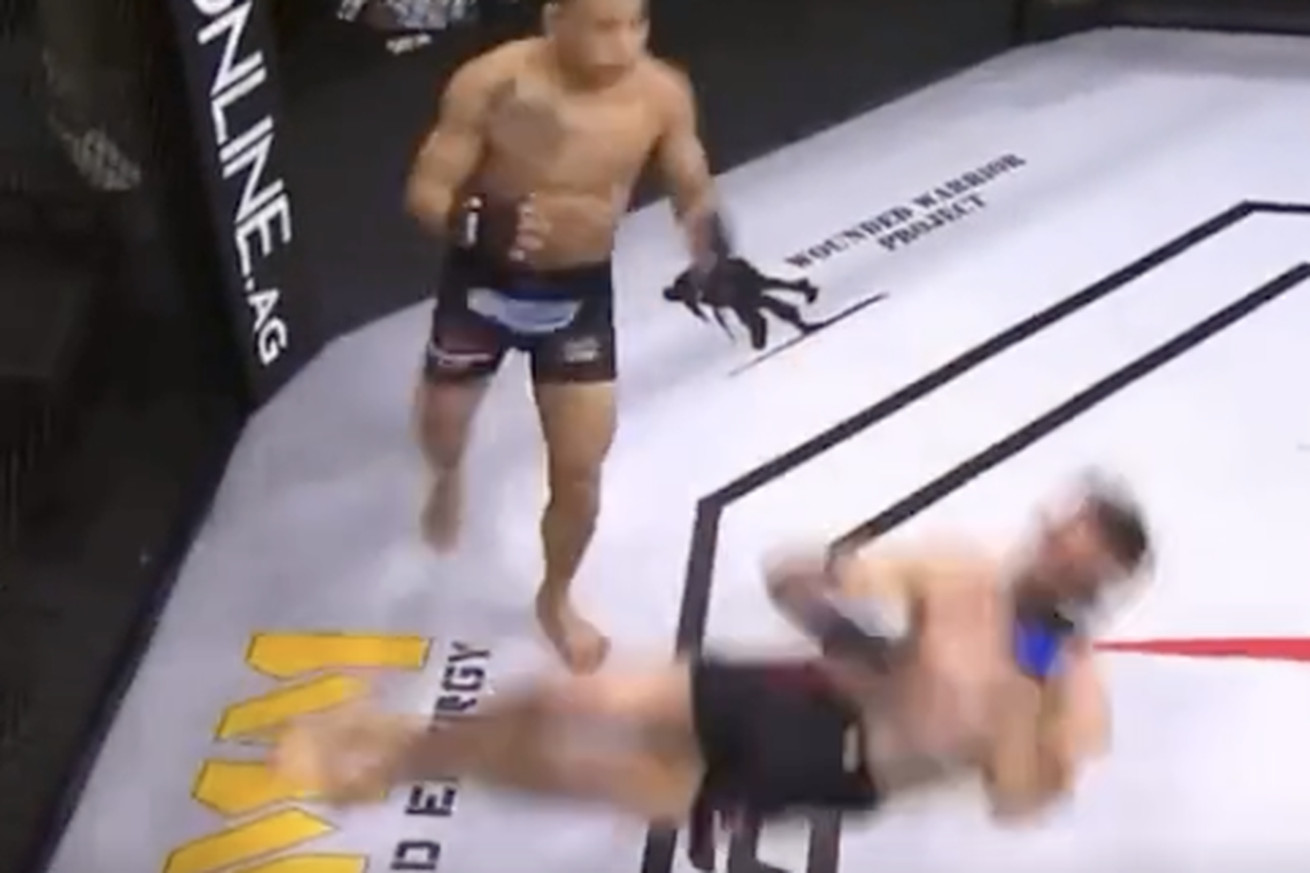 Flyweight An Ho didn’t waste any time picking up his second professional victory, and did so in brutal fashion.

The 21-year-old prospect improved to 2-0 in his young pro career with a devastating head kick knockout of Matt Barro at Friday’s LFA 135 event in Phoenix. The fight began with both competitors trying to find an early advantage. Barro landed a straight punch before moving in on an overhand right attempt. Ho countered with a head kick that sent Barro flying to the canvas and forced the referee to move in immediately to stop it.

Check out the video of the powerful head kick KO below, courtesy of Twitter user WrestleJamia:

A ridiculous 14 second head kick KO from flyweight An Ho. Moves to 2-0 as a pro #LFA135 pic.twitter.com/QxHp6USe3g

Another angle of An Ho’s head kick knockout ‍ pic.twitter.com/s8rzxnxxdO

It was the second straight first-round KO win for Ho in 2022, with the other coming at LFA 124 in February. After an impressive amateur run that saw Ho go 7-0 with five finishes in a little under three years, the MMA Lab standout stopped Guilherme Crossi with a spinning backfist finish in his pro debut.