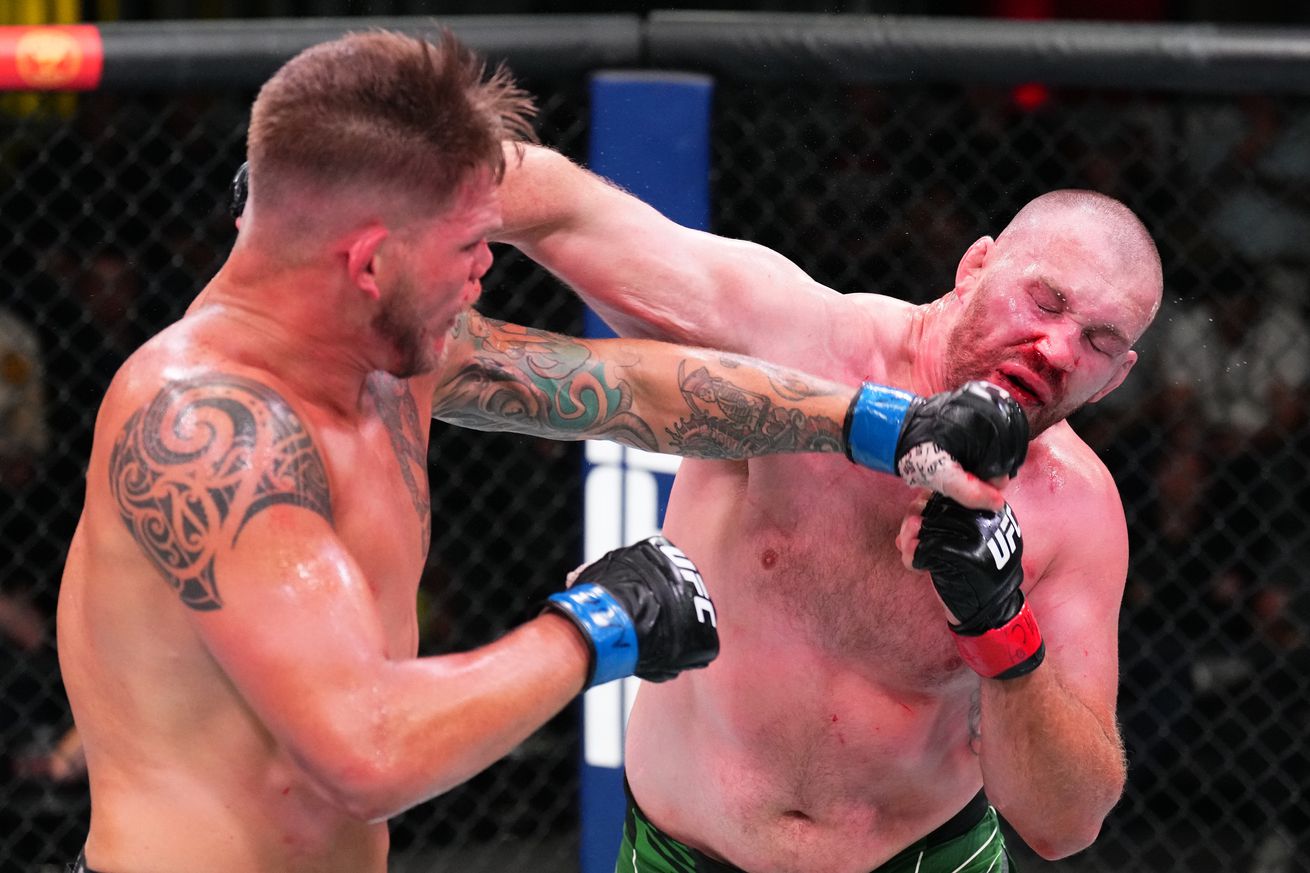 Chase Sherman was in a must-win situation at UFC Vegas 58 but he delivered an emphatic knockout to finish Jared Vanderaa in the third round.

The heavyweights were trading heavy shots throughout but a late surge from Sherman saw him hurt Vanderaa with a powerful right hand followed by a barrage of punches that led to the finish. Once Vanderaa crumbled to the canvas, the fight was stopped with Sherman getting the knockout at 3:10 in the third and final round.

“It feels great,” Sherman said about the win. “To be honest with you, I’ve been in the UFC for 13 fights and I ain’t done s*** yet. With all due respect, I’ve got to get off this microphone and get back to work. Next time I do something, you can put it in my face.”

It was a battle between Vanderaa’s power and Sherman’s speed with the heavyweights trading bombs on the feet. Sherman was finding a home for his fast hands throughout the opening round but Vanderaa backed him up with a crushing left hand late that helped even the score.

The heavyweights were trading punch for punch in many even exchanges but it appeared Vanderaa was walking through many of Sherman’s strike, which allowed him to sit down on more of his shots. Vanderaa also started mixing in some thudding kicks that bounced off Sherman’s legs and body.

In return, Sherman was snapping off a well-timed lead jab that was popping Vanderaa in the mush and that may have been some of the cleanest strikes all night.

As the third round got started, Sherman was really starting to crank up his output and the shots were to slip through Vanderaa’s defense. Finally a right hand from Sherman twisted Vanderaa’s head around as he retreated backwards towards the cage and that spelled the beginning of the end.

Once Vanderaa was hurt, Sherman rushed forward with a barrage of shots until his opponent wilted from the pressure and collapsed to the canvas. The referee quickly jumped in to stop the contest before Vanderaa could take any more damage.

After four losses in a row, Sherman got a much needed win on Saturday as he likely saves his job with the knockout over Vanderaa, who now drops to 0-4 in his last four performances.