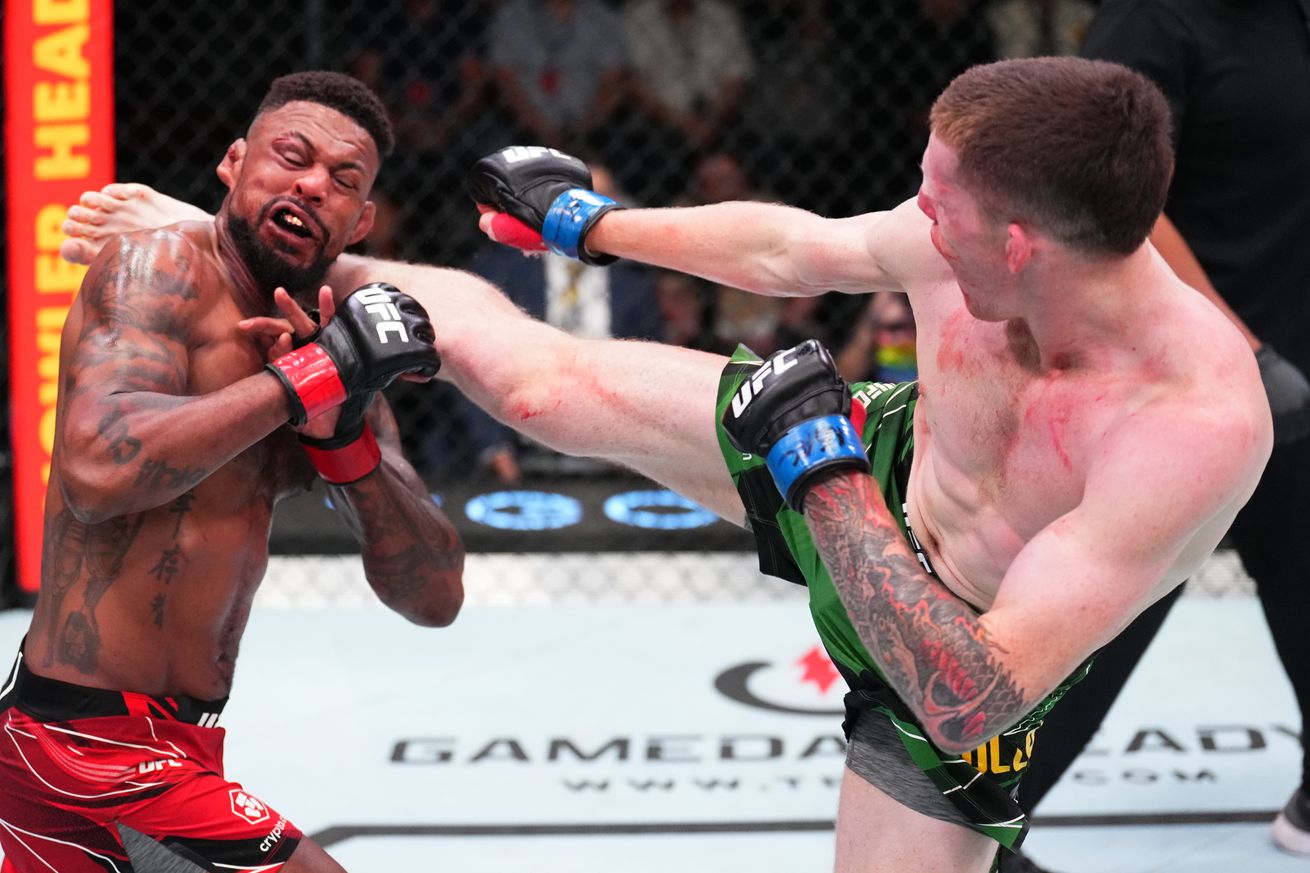 Jamie Mullarkey knew he was in for a tough night at the office but he still got the job done in a back-and-forth war with Michael Johnson at UFC Vegas 58.

The fight saw both men knocked to the canvas and wobbled multiple times but Mullarkey was able to do enough damage to eke out a split decision with two judges giving him the fight with 29-28 scores while the third official gave the fight to Johnson with the same 29-28 scorecard in his favor.

“Just give it up for Michael Johnson, an OG in the sport,” Mullarkey said afterwards. “I had to dig deep for that one. I knew he would take me into the trenches. It was a big step up in competition against a guy who’s been around forever.”

The lightweights were trading shots early and often with Johnson displaying fast hands with Mullarkey firing back with a series of leg kicks. The back-and-forth exchanges were very close until Johnson uncorked a huge left hook that blasted Mullarkey and sent him down to the canvas.

Johnson looked for the finish but Mullarkey was able to survive the onslaught before working his way back to the feet. Mullarkey then returned the favor with a left hook of his own late in the opening round that had Johnson in serious trouble as he held onto the legs before scrambling out of a bad position just before the horn sounded.

The surge from Mullarkey gave him a ton of confidence going into the second round as he came out guns blazing with blitzing combinations just chopping away at Johnson with a variety of kicks and punches. A cut over Johnson’s right eye started to drip blood down his face as Mullarkey looked like he was ready to go for the kill.

Despite the heavy shots landing for Mullarkey on the feet, Johnson wasn’t going away as he started connecting with a series of straight punches that were snapping the Australian’s head back. Johnson also appeared to be the fresher fighter in the latter stages of the final round, which helped him keep his output constant until the conclusion.

It’s likely both athletes will walk away with a couple of new scars after a serious 15-minute battle but the judges felt Mullarkey did enough to earn the decision as he gets back on track following a loss in his last outing while moving to 3-1 overall in his past four fights.