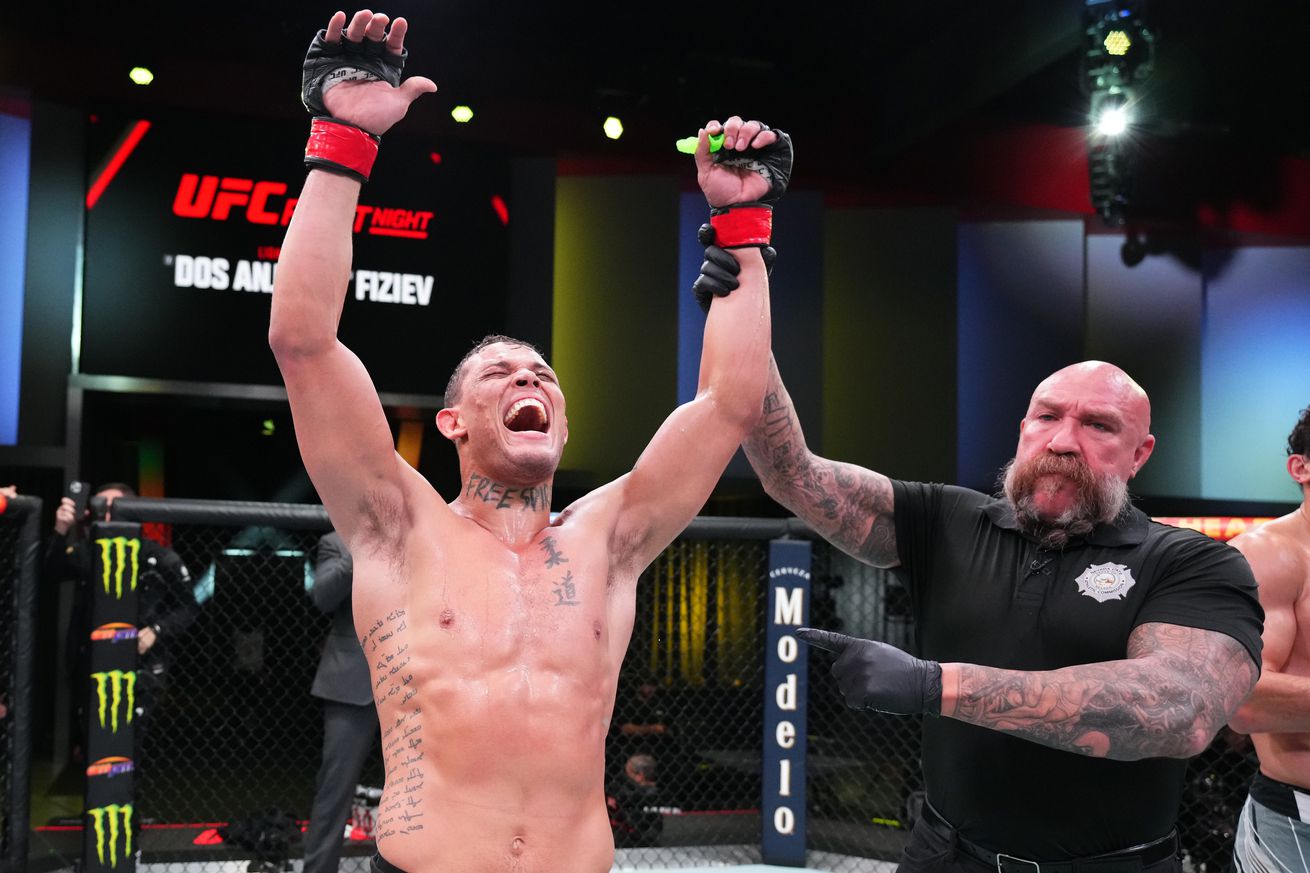 Caio Borralho continued his winning ways at UFC Vegas 58 with another strong showing to beat Armen Petrosyan in the co-main event.

The Contender Series veteran stuck to his grappling for all three rounds to stave off the striking attacks coming from Petrosyan, who just didn’t have an answer once he got stuck on the ground. The judges scored the fight 30-27, 30-27 and 29-28 with Borralho getting the win as he moves to 2-0 in the UFC with his sights set on a step up in competition for his next fight.

“Armen’s a killer,” Borralho said. “Six of his seven wins by knockout. I’m not dumb. I calculate everything and the best calculating thing was to get him to the ground. I got the job done, that’s what matters.

A surprising slap from Borralho led to a takedown that put Petrosyan on his back as the noted striker was stuck in an unenviable position with a high level grappler on top of him. Borralho was aggressive with his ground attacks as he switched from a kimura attempt to then take the back while also locking on the body triangle with Petrosyan stuck playing defense.

Petrosyan remained calm in a bad position with Borralho threatening from the back but the middleweights were mostly locked in a stalemate on the canvas.

As time ticked away, Borralho was clearly focused on keeping Petrosyan grounded as he kept turning to his wrestling and grappling game. Even when Petrosyan managed to scramble free, it was short lived success as the Brazilian kept swooping inside to bring the fight back down to his world on the mat.

Even when Petrosyan managed to shrug off Borralho on the ground, he ended up kicking at the legs with minimal success to actually earn a finish. With less than two minutes remaining, Borralho locked up the clinch and held Petrosyan against the cage as he sought to run out the clock to ensure he secured the victory.

Borralho appears to be a prospect to watch for the future and obviously he’s looking to make a quick rise up the ranks after calling for Du Plessis next.