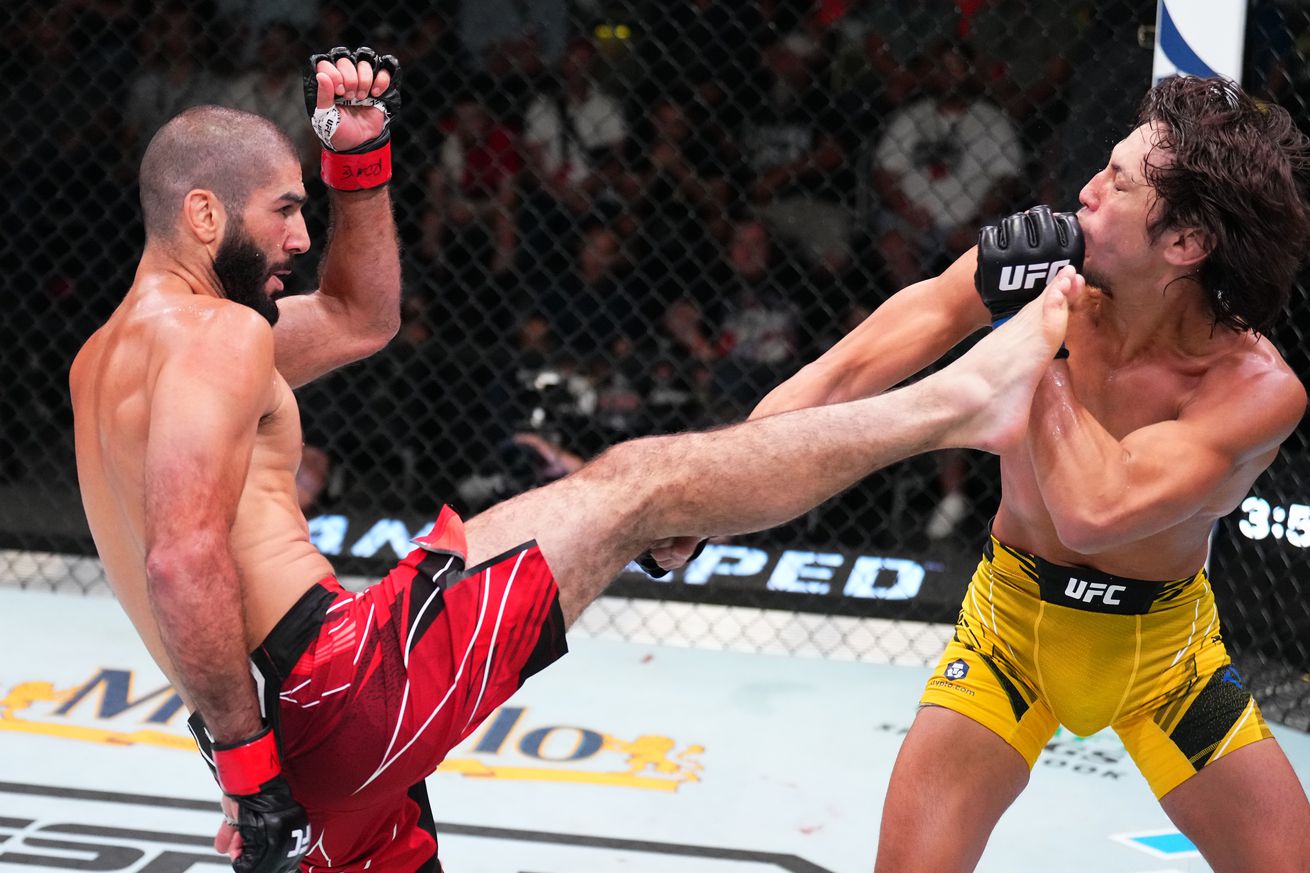 Aiemann Zahabi showed patience and a well-orchestrated counterstriking attack to stave off Ricky Turcios over three rounds to win at UFC Vegas 58.

With Turcios throwing and missing the majority of his shots, Zahabi was able to use better accuracy while picking the best possible moments to throw his strikes to secure the unanimous decision victory. All three judges scored the fight 29-28 for Zahabi, who has now won two fights in a row overall.

“That was the exact game plan,” Zahabi said about avoiding Turcios’ wild strikes and then using counters to beat him. “I’m happy to execute it.”

The always unpredictable Turcios was wild as usual while trading shots with Zahabi, who was doing his best to stay technical in the face of an opponent literally shouting at him during many of the exchanges. While Turcios was very active, Zahabi appeared to be landing with slightly more accuracy, although both bantamweights were certainly cautious not to over extend to leave an opening for a counterstrike.

Turcios was definitely the aggressor but that also appeared to be what Zahabi wanted because he was able to set up his counters with greater ease. Of course, Zahabi still had to be cautious because Turcios just had limitless energy and output even if he wasn’t really landing much with his combinations.

While Zahabi wasn’t connecting with a lot of power, he was still touching Turcios with his strikes far more often than The Ultimate Fighter veteran. Zahabi’s willingness to stay composed in the face of the blitzing attacks helped him avoid the unpredictable offense coming from Turcios and led him to the win after three rounds.

Zahabi moved to 3-2 overall in the UFC with the win as he looks to continue his momentum following this latest victory inside the octagon.