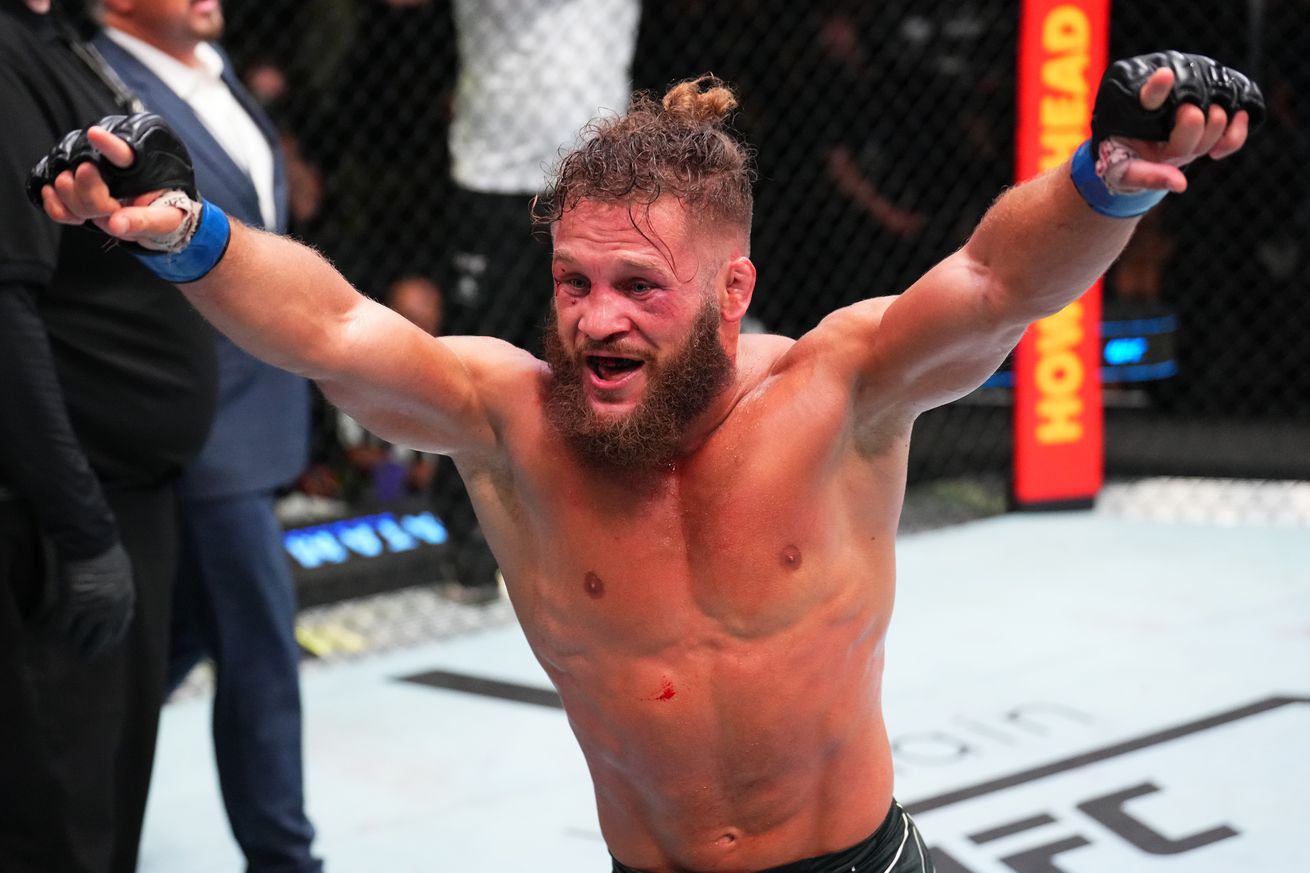 Rafael Fiziev picked a great time to have the best performance of his career, and he did so against a former UFC champion.

MMA Fighting’s Mike Heck, José Youngs, and Jed Meshew react to Fiziev’s incredible fifth-round stoppage of Rafael dos Anjos in the main event of UFC Vegas 58. The team discusses what could be next for the surging lightweight contender. Additionally, the trio discusses if it’s time for dos Anjos to face Conor McGregor in the former two-division champion’s return fight, the judging in the “Fight of the Night” between Jamie Mullarkey and Michael Johnson, Cortney Casey suffering another split decision loss, and other storylines coming out of Saturday’s event at the UFC APEX.

Catch the UFC Vegas 58 post-fight show in the video above. An audio-only version of the show can be found below and on Apple Podcasts, Google Podcasts, Spotify, and Stitcher.