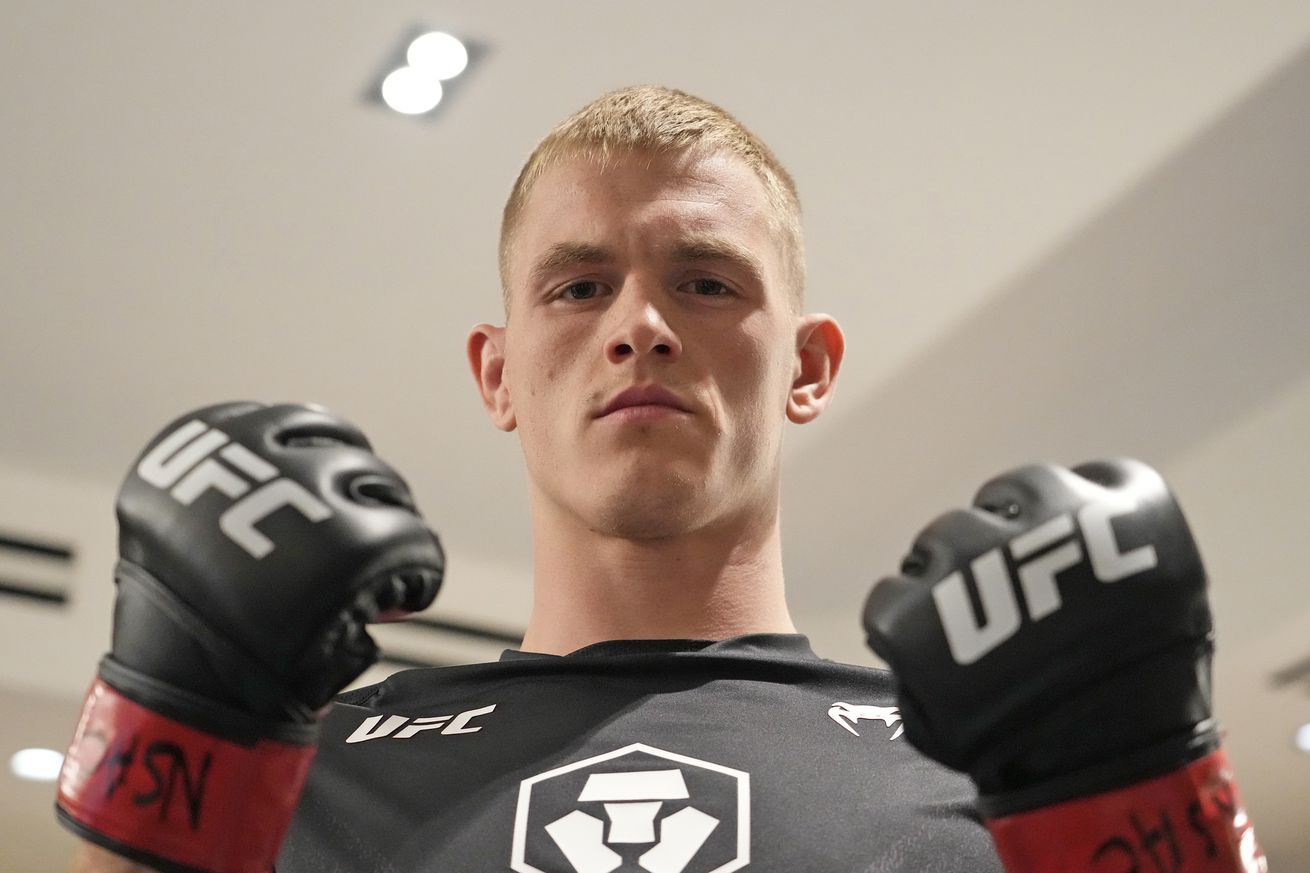 Ian Garry was in transit from UFC 276 when his strength and conditioning coach hurriedly waved him over to show him a tweet. Conor McGregor had just given him a glowing endorsement.

Ian Garry was incredibly impressive this weekend. Fully immersed in it all. Enjoying every second. Willingness to engage / commit. The Potential for another “future” Irish mma ufc champion rose by a real nice margin this weekend. Congrats Ian, keep going brother! ☘️❤️

“It’s obviously phenomenal,” Garry said Wednesday on The MMA Hour. “No matter what he says about me or anything to do with my career, it’s always going to be amazing. I mean, I got a f****** tattoo on my arm because of the guy, to symbolize the whole weekend.”

The ink was his response to the former two-division champ calling him a “daisy” – meant as a compliment when someone is a “little star” – after his UFC debut ended in a first-round knockout win at UFC 268.

The 24-year-old welterweight owes much of his inspiration for starting MMA to McGregor, who’s rounding the bend on a long and difficult recovery from a broken leg suffered at UFC 264. He hopes their mutual admiration one day leads to a training relationship – and a co-starring pay-per-view event.

“To have the guy who’s done more than anyone to build this sport – he’s changed MMA, he’s brought more eyes to the sport – he holds all the records in pay-per-views,” Garry said. “At weigh-ins, having 15,000 people at a weigh-in just to watch a guy stand on a scale is ridiculous. But to have him say something like that in regards to me is phenomenal.

“And he’s not wrong. I am going to be a champion, and it is inevitable. I know that, and the fact that even he’s seen that now, it’s awesome. It means everybody else has seen it, too. And I know how good I am and I know how good my potential is, and I’m going to get there.”

Green promised to pop the young Irishman’s hype bubble and used a high-pressure strategy to keep his opponent on the back foot. Garry, though, countered brilliantly in the pocket and eventually took over the fight’s momentum. At the end of 15 minutes, he had swept the scorecards with 30-27 tallies.

Garry wasn’t intimidated by Green’s pre-fight talk. By now, he’s used to it.

“It’s just the same things over and over,” he said. “It’s recycled at this point – ‘I’m going to take his 0. I’m going to give him a loss. I’m going to be the guy that shows the world he’s not as good as he thinks he is.’ Well, actually, I’ll tell you this right now: I’m better than I think I am … and the whole world’s going to see it.

“This weekend, everybody in the MMA community saw how good I am, and that’s still, there’s so much more to give. And that’s what’s exciting about it.”

Garry is unsure of when he’d like to return to the octagon. A fight by year’s end sounds good given the three-rounder and the beating his shins took from Green. That may coincide with McGregor’s comeback, if UFC President Dana White’s timeline holds.

“I can’t wait for me and him to get on a card together, whenever he’s back,” Garry said. “That would be massive for the Irish as well. That’d be massive for me. It would be a dream come true to share a card with the guy who inspired me to do this, to follow my dreams. I’ve always had a violent mind and a way to show that off, and MMA is that perfect place for me.”

Lately, Garry hasn’t heard much directly from McGregor – the Irish MMA star is, after all, jet-setting around the world running several businesses in addition to preparing his comeback. But the up-and-comer has the ex-champ in mind – on a mirror in his house, he wrote, “go with venom” from a McGregor voice message following his debut.

To Garry, it means throwing everything you have at your opponents, making every shot count – McGregor at his best, in other words. Garry wants to learn from the master.

“I have a violent mind,” he said. “I want to show the world that violent mind, because it’s beautiful. And the way I do it isn’t about hitting someone once, it’s about a combination – it’s about one-two-head kick, low kick, knee. It’s about that beautiful combination of where you go, ‘How did he do that?’ That’s what I want.

“And I want blood pissing out of all angles of someone’s face. I want broken bones, I want broken noses, I want it all. And I feel like just speaking to the man alone, I could get that.”