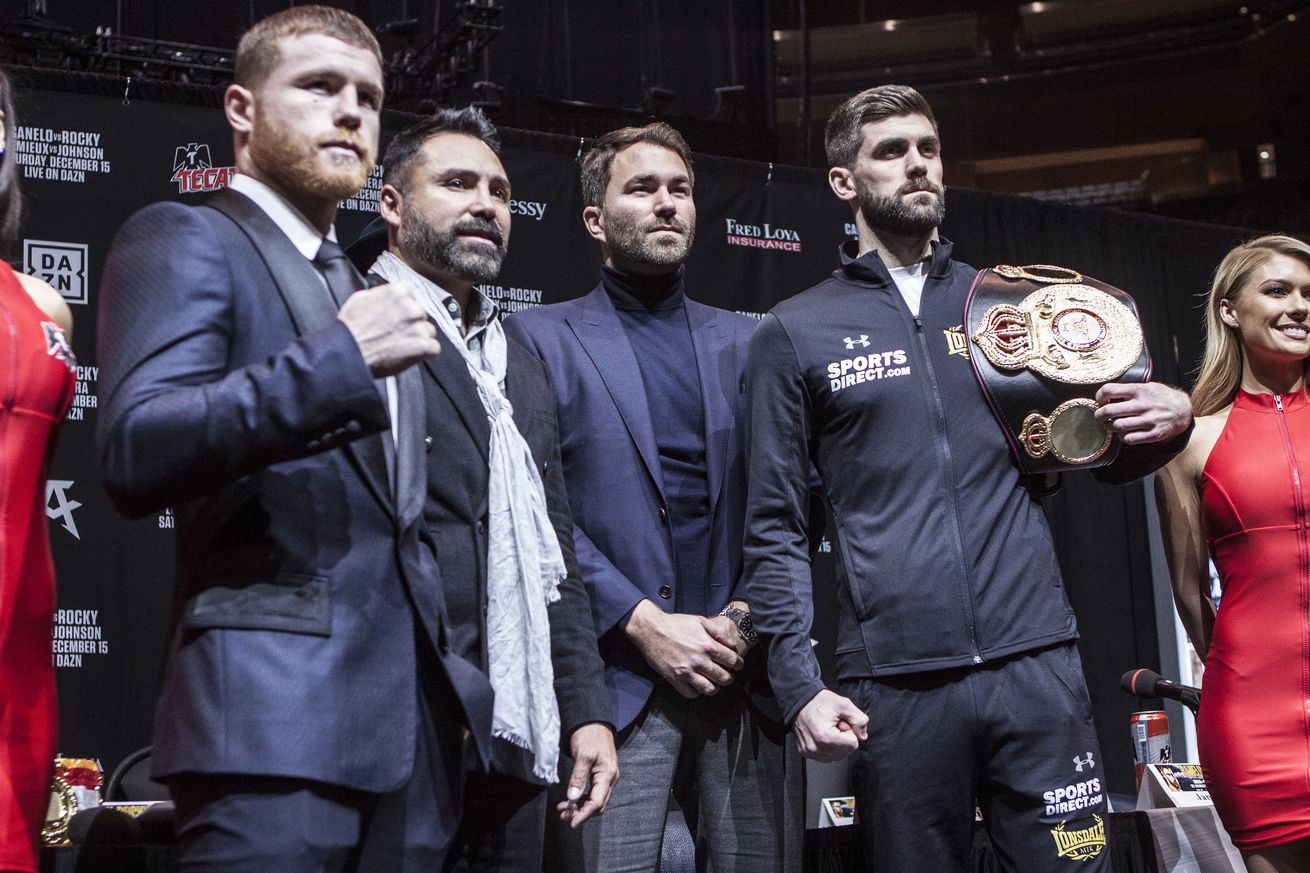 In May, Hearn’s client, Canelo Alvarez, failed in an attempt to capture the WBA light heavyweight title, losing a unanimous decision to Dimitry Bivol. It was a setback for the biggest name in the sport, and one that De La Hoya placed entirely on Hearn, calling Hearn “a character” and adding he “doesn’t know the fight game” for matching Canelo up against such a difficult opponent.

But for Hearn, that says more about De La Hoya as a promoter than it does about himself.

“The thing is, promoters want to make easy fights for their clients, because they want to milk as much money as possible,” Hearn told Ariel Helwani on The MMA Hour. “I’m a promoter, and I do see the science in that. I’m also a fan. I also want to sit there, if I’m invested in a fight — and sometimes there is quite a lot of financial risk in a fight — I really don’t want to pay big money to see a mismatch. I don’t want to sit there and watch a mismatch. Sometimes it happens, and there’s nothing we can do about that. Not every fight is a ‘Fight of the Year’ contender.

De La Hoya’s critiques of Hearn were not just that Canelo lost the bout but a perceived lack of promotion for Bivol beforehand, which he ultimately said created “a lose-lose situation.” But for Hearn, the fight was not about creating the best promotional outcome – it was about helping his client chase greatness, even if that incurred more risk.

And, as Hearn notes, the Canelo-Bivol story is not concluded just yet.

“This is a guy who has done it all and we should respect him for trying to be great. Now he comes back, fights Triple G, he wants to go straight back into the Bivol rematch. If he beats Bivol in the rematch, what do we say then? Greatest fighter of all time, one of.”

First up, though, Canelo faces Gennady Golovkin in a trilogy match on Sept. 17 at the T-Mobile Arena in Las Vegas.