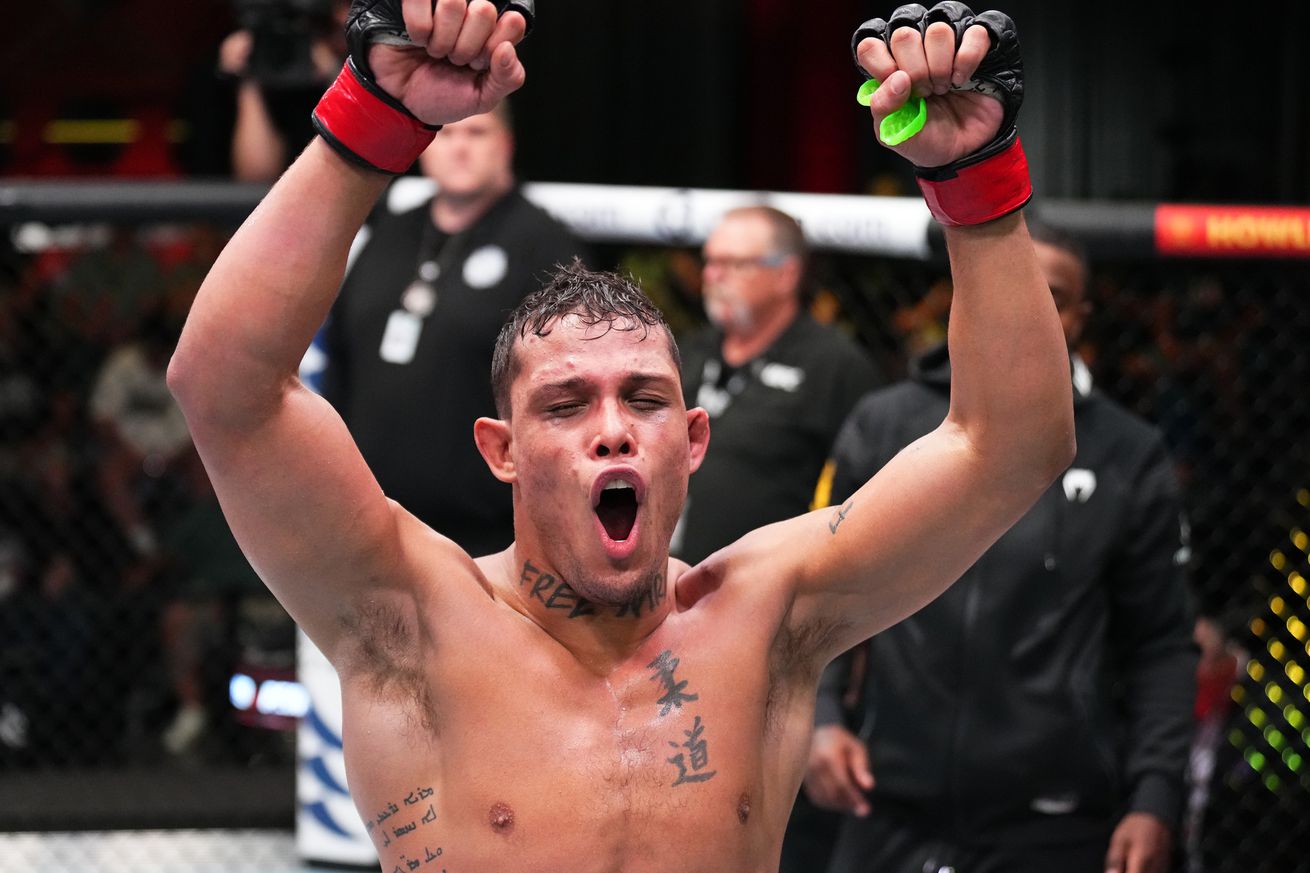 Caio Barralho is thrilled with his performance at UFC Vegas 58 no matter what anybody else might have to say.

Barralho secured a workmanlike unanimous decision win over Armen Petrosyan in the co-main event of Saturday’s fight card at the UFC APEX. “The Natural” picked up his 11th straight victory and improved to 2-0 inside the octagon by using a grappling heavy approach, much to the chagrin of many fans who tuned in.

Regardless, Barralho is walking away with a second paycheck, and that’s just fine with him.

Following the win, Barralho spoke to Michael Bisping and called out Dricus Du Plessis, who picked up a unanimous decision victory in his own right a week prior at UFC 276. While there’s no beef between he and Du Plessis, Barralho wants the challenge of facing a top-15 caliber fighter, and hopes to do so on a big card.

“I don’t have anything against the guy,” Barralho said. “I know that I can beat him. He’s ranked right now and I want [to fight] him.

“I’m ready for new challenges and the big stage, on a pay-per-view card. You guys know I can sell fights. I can talk and I can win. That’s what matters.”