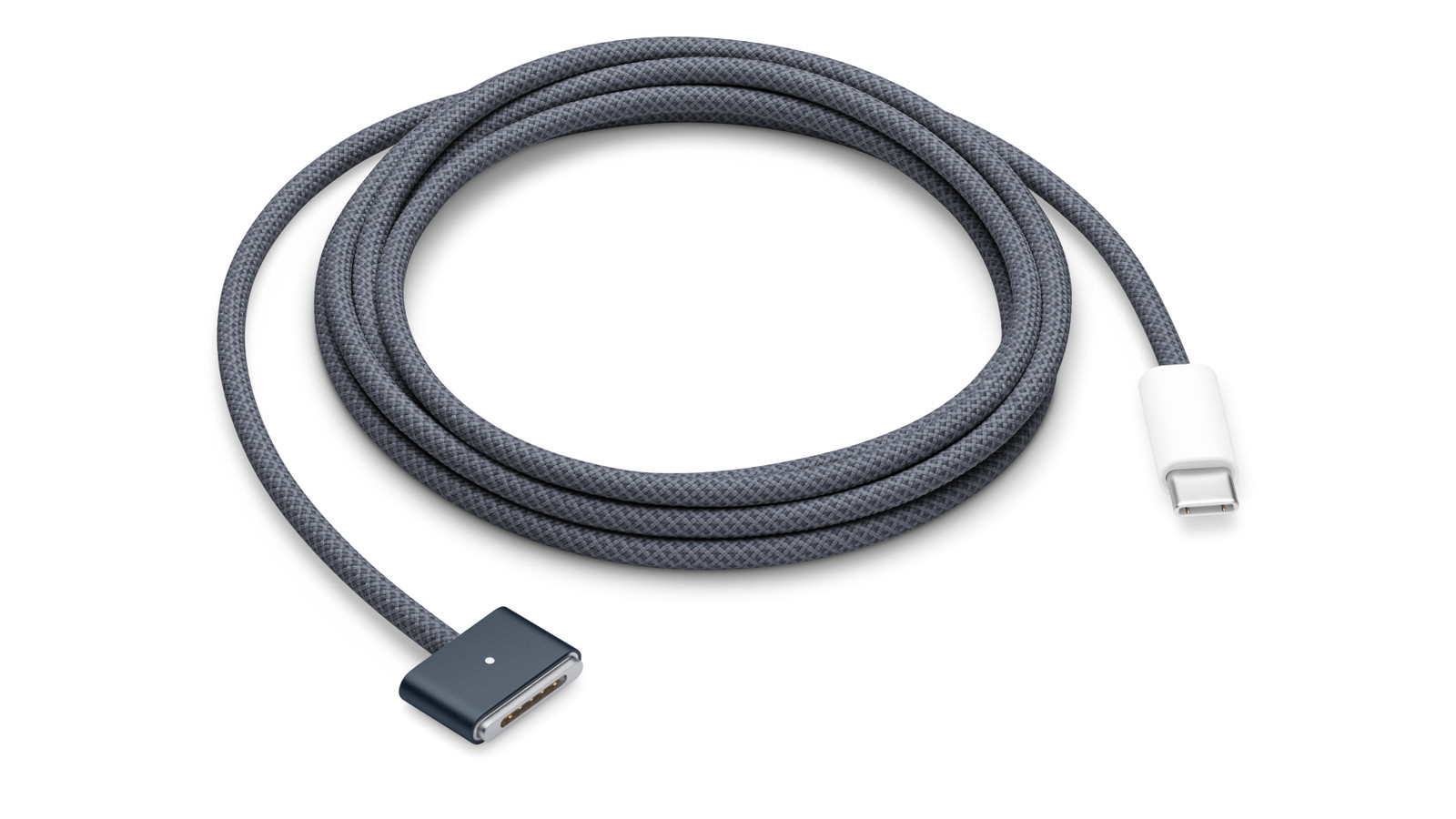 Apple today made its USB-C to MagSafe 3 charging cable available to purchase separately in three new colors matching the MacBook Air, including space gray, midnight, and starlight, with pricing set at $49. Until now, the cable was only sold in silver.

Apple already includes a color-matched MagSafe 3 charging cable in the box with the new MacBook Air, but now the cable can be ordered individually from Apple’s online store for those who want an extra one or need a replacement.

The cable is also compatible with the 14-inch and 16-inch MacBook Pro models released last year. This means that customers who purchased a new MacBook Pro in space gray will finally be able to get a matching space gray MagSafe 3 cable, as Apple somewhat surprisingly chose to bundle a silver cable with the space gray model.

I’m using MagSafe for the first time since I bought the new MacBook Pro (at home, I charge it though a TB3 monitor) and I must admit – they should have made it black/space gray to match the laptop pic.twitter.com/kXpXw3gz0f

MagSafe technology allows the cable to magnetically attach to a MacBook. If someone trips on the cable, it releases so that the MacBook does not go tumbling. The cable is two meters long and features a woven design for added durability.

The new MacBook Air is now available to order ahead of a July 15 launch. The notebook is powered by Apple’s new M2 chip and has been redesigned with a slightly larger 13.6-inch display, a notch, and flatter edges. Pricing starts at $1,199, and the previous-generation MacBook Air with the M1 chip remains available for $999.