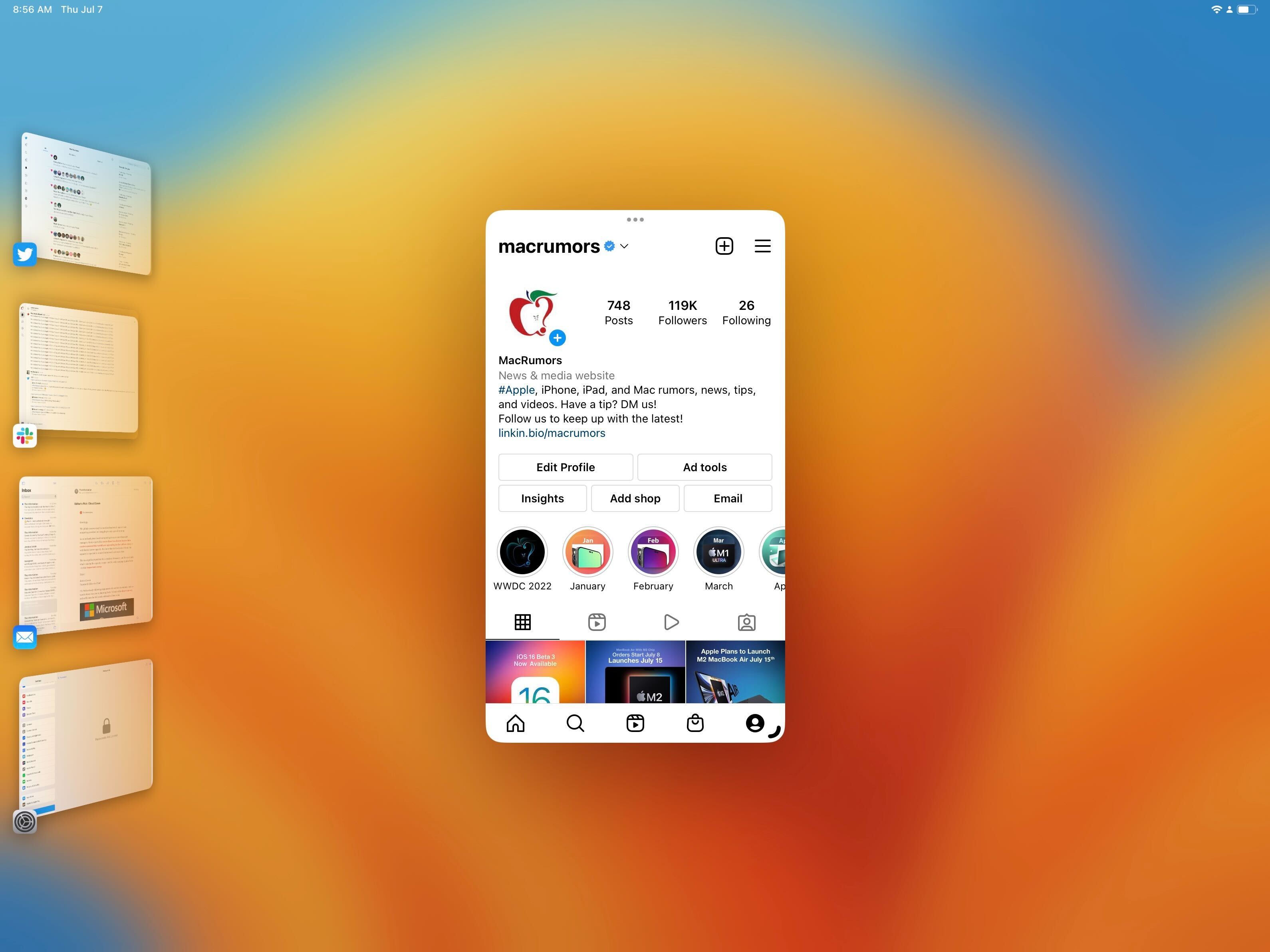 Stage Manager on iPadOS 16 is now optimized for iPhone apps on the iPad, letting users use apps made for the smaller iPhone screen as individual windows on M1-powered iPads while using Stage Manager.

With the release of iPadOS 16 beta 3, Apple is now allowing iPhone apps to run as individual windows in Stage Manager. This means popular iPhone apps that have no iPad app, such as Instagram, can achieve a semi-normal user experience thanks to the new multitasking interface.

Stage Manager is one of the biggest new features for iPadOS 16, letting users have overlapping app windows. Stage Manager on iPadOS 16 is only available on the latest iPad Air and the 11-inch and 12.9-inch iPad Pros with M1. Apple says that only iPads with the power of M1 can run Stage Manager.

iPadOS 16, alongside iOS 16, macOS Ventura, and watchOS 9, will be released to the public this fall.

This article, “Stage Manager in iPadOS 16 Now Optimized for Instagram and Other iPhone Apps” first appeared on MacRumors.com