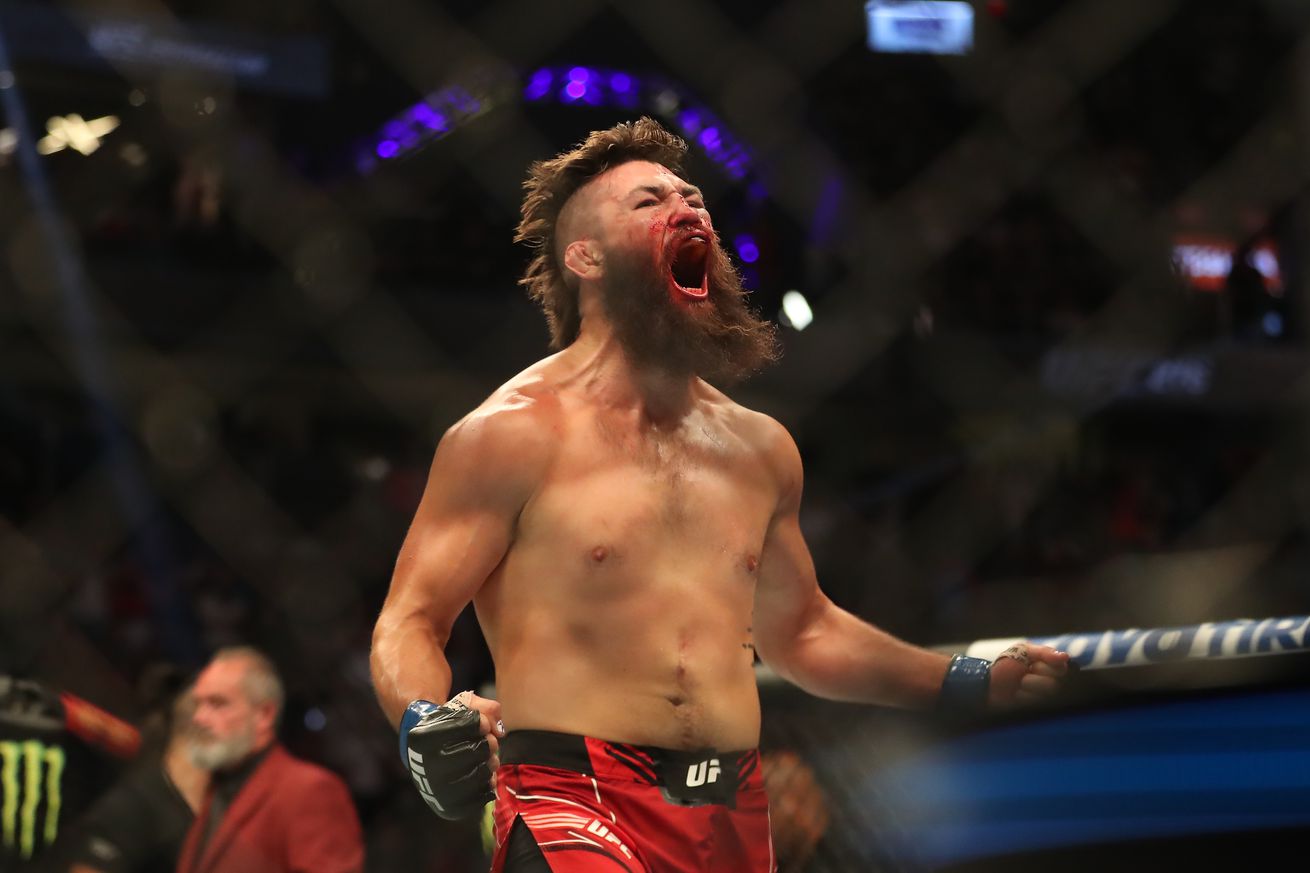 Bryan Barberena wasn’t excited to retire from MMA, but that’s exactly what would have happened if the UFC hadn’t offered a new deal following his fight in March with Matt Brown.

Just after earning a “Fight of the Night” award for the performance, Barberena revealed he had completed his contract and wasn’t interested in competing anywhere else if the UFC didn’t want to bring him back.

“Absolutely, [I would have retired],” Barberena said Wednesday on The MMA Hour. “I talked about it. Nobody knew it was the last fight on my contract, maybe some diehards who pay attention to that, whatever, but I didn’t tell anybody besides my wife.

“I didn’t want the whole fight with Matt Brown to be about, ‘It’s the last fight on his contract, what is he going to do next, how much is it going to make him push harder?’ I didn’t want be about that. I wanted it to be about fighting Matt Brown and putting on a performance and beating him. So I waited, and after, it’s something we had talked about.”

Thankfully, Barberena got a new contract and made the most of it with a stunning knockout of Robbie Lawler this past Saturday at UFC 276.

Barberena said his entire career was built around earning a spot in the UFC roster. If the organization suddenly lost interest, he was OK hanging up the gloves even if he actually wanted to compete again.

The same stakes still apply as the welterweight moves forward under his new deal.

“My goal was to get to the UFC,” Barberena said. “That was the goal, to get here, stay here as long as possible. Obviously, I want to go out on my terms, but I still want to fight.

“Like I said, I feel like I’m hitting my stride, I’m getting to my best, and I still want to fight and put on shows, but I wanted to do it in one organization, and that’s the UFC. When that ends, I’m done doing it, and I’m OK walking away.”

It didn’t take long for Barberena to get a call about a new contract after the Brown fight. UFC President Dana White personally rang the veteran welterweight to assure he would be back.

“Dana White, called me, we talked, we got it worked out,” Barberena revealed. “We left right after the fight [in Columbus], and we’re heading home to the farm, because we’ve got to take care of the animals and everything. Headed home and he Facetimed me on the drive, and he’s like, ‘You’re not going anywhere, we’re going to get this figured out.’

“He said it was a hell of a fight; he was pumped up about the fight as well. We got it worked out, we got the paperwork sent out and here we are.”

Along with the new contract, Barberena also requested his next fight be against Lawler, who was fresh off a win over Nick Diaz in his previous outing.

“It’s the fight that I wanted,” Barberena said. “I love the way Robbie fights. He brings it every time, tries to take your head off. That’s what excites me the most and what excited me about the fight.

“When I asked for him, that was the sole reason. It wasn’t about him being the former champ or whatever anybody’s saying about his age or anything. I don’t care about that. He’s dangerous as hell. Some people still aren’t asking for him, and I wanted an exciting fight.”

Barberena was “shocked” when he got the call that the Lawler fight was coming together. The matchup meant even more after the bout was scheduled for UFC 276 during International Fight Week. The date held special significance for Barberena after his first encounter with Lawler took place at a similar event a decade ago before he ever imagined he’d one day end up in a fight against him.

“Actually I saw him, it was me, my wife and my dad, and I saw him, and he was just kind of there standing around at a booth or whatever, and no one was really going up to him or anything like that. My dad went up to talk to him, and when I went back, my dad was talking to him, so I walked up and he started talking to us.

Barberena picked up yet another “Fight of the Night” bonus for his knockout of Lawler in the first bout of his new UFC contract.

Now, he anxiously awaits his next opportunity and targets anybody from Niko Price to Gilbert Burns to Santiago Ponzinibbio as opponents.