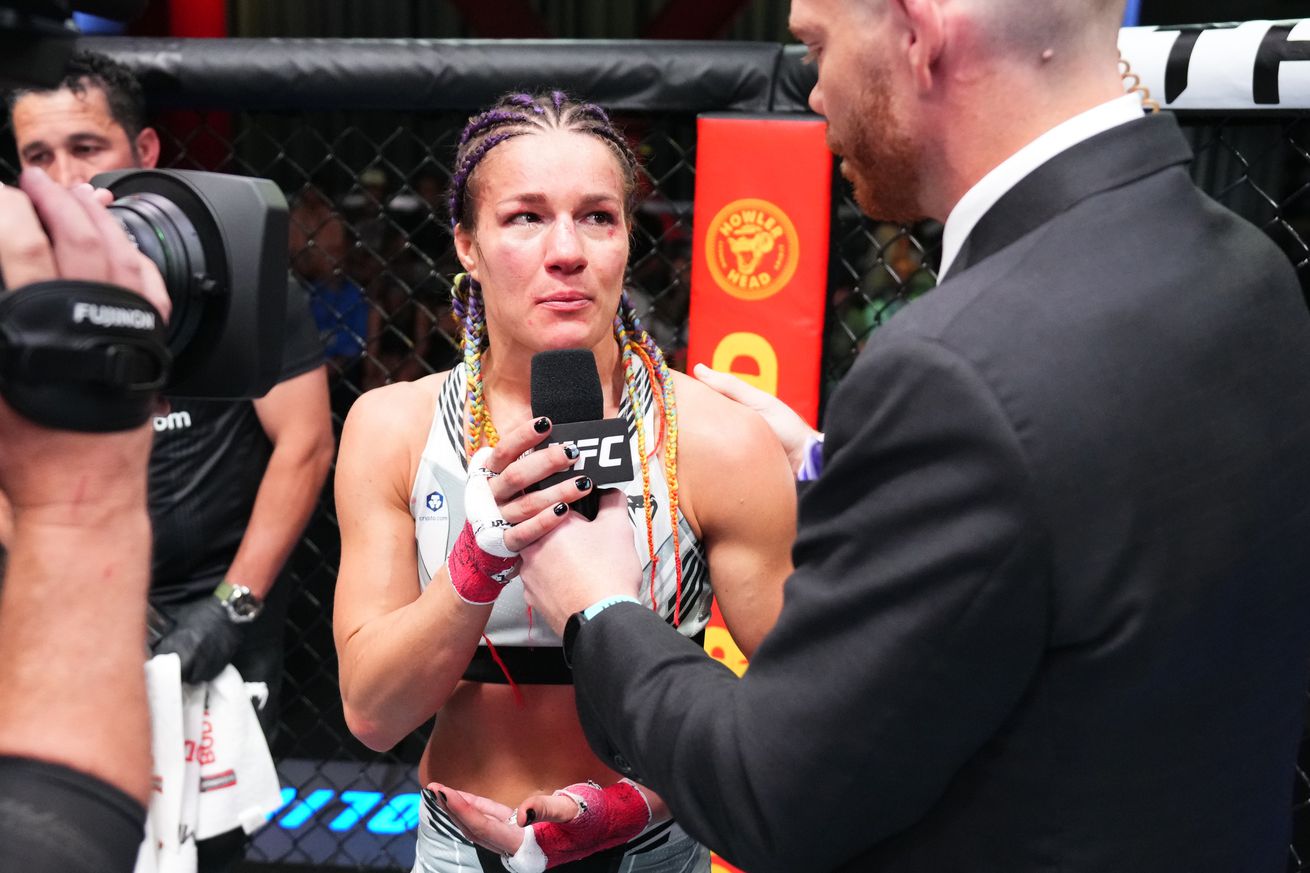 Felice Herrig laid her gloves in the octagon to retire after her last UFC fight, but it turns out that gesture was symbolic.

Herrig has now inked a new multi-fight contract with BKFC to fight in bare-knuckle boxing after putting a bow on her MMA career. BKFC officials confirmed the news to MMA Fighting on Tuesday.

“I’ve watched closely what Dave [Feldman] and his team at BKFC have built and truly want to test myself in bare-knuckle,” Herrig said in a release. “At this point in my career, I’m ready for a new challenge, and there is nothing bigger and better than BKFC.”

Prior to the announcement, Herrig told MMA Fighting she fully intended on competing again, but she was no longer pursuing MMA fights.

“MMA is definitely done,” Herrig said on The Fighter vs The Writer podcast. “Here’s the thing, too, I want to make it very clear, because I feel like people look if you’re done with MMA, you’re a has-been. If you go to bare knuckle [fighting], you’re a has-been. I don’t believe that. Because there’s the thing, now the opportunities go beyond the UFC.

“UFC used to be the top of the top, the cream of the crop, and by no means am I talking s*** about the UFC. Because I love the UFC and I love being a part of the UFC, and I love that journey of my life, but before, the UFC was the end all, be all. If you left the UFC, it was only downhill from there. I don’t believe that anymore.”

Herrig retired from MMA with a 14-10 record, but her background was in boxing and kickboxing.