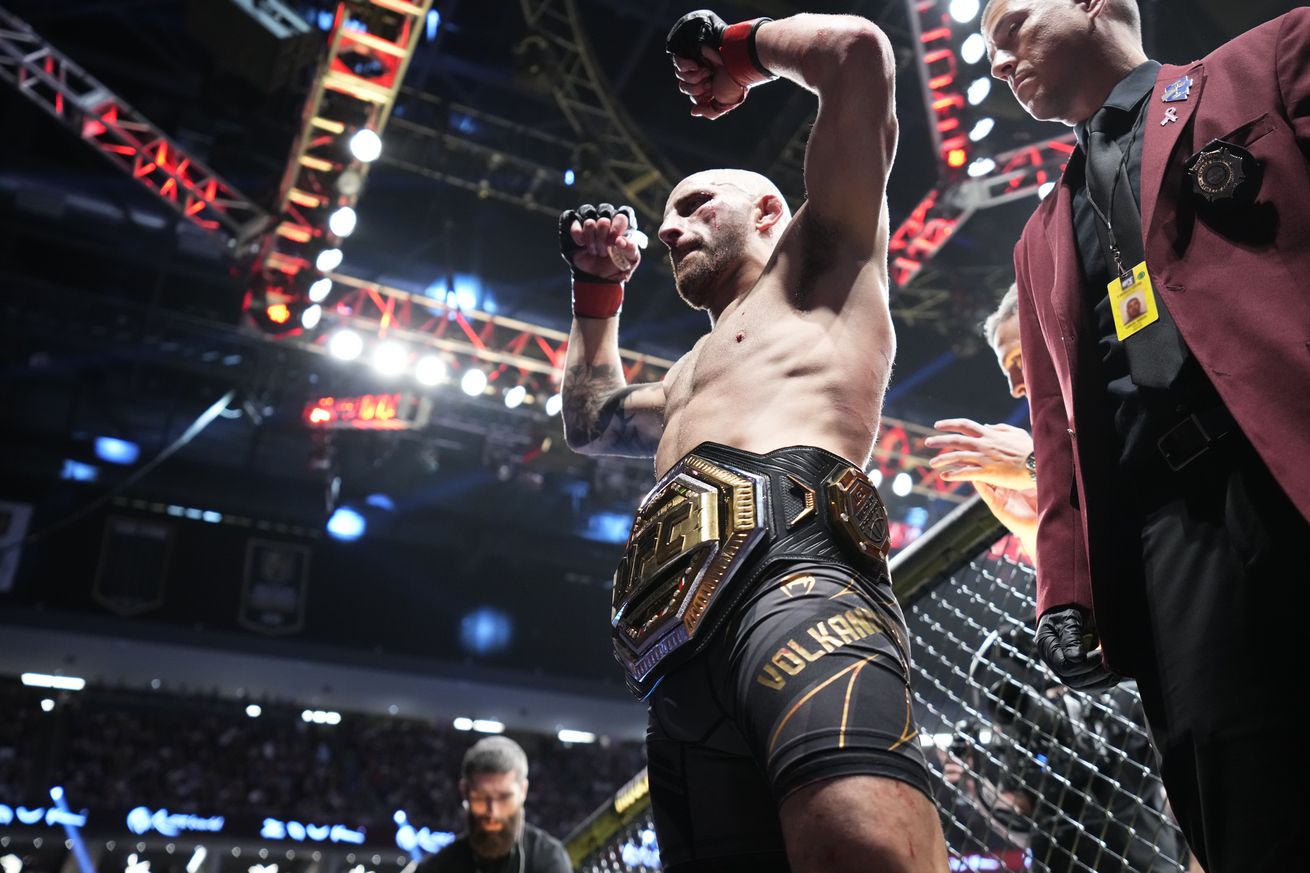 Alexander Volkanovski completed his trilogy with Max Holloway with a dominant decision victory at UFC 276 to go 3-0 against the former champion. Now that’s he’s moved on from him as a foe, Volkanovski explained why he felt discredited and attacked from “all angles.”

“It’s been a bit of a journey this rivalry,” Volkanovski said after UFC 276. “Taking the belt, having the rematch, all that talk and all that was a bit part of my career, and it adds to the story so it’s all good, but it was hard. There were a lot of ups and downs in there, you know what I mean? There was a bit I had to get through, but it was good to finally put an end to it and silence a lot of people. A lot of people that I needed silencing.

“I had to stand up for myself from all angles, and I think people can understand what I’m trying to say there. All angles.”

Volkanovski beat Holloway the first time in 2019 to become 145-pound champion, then defended his belt eight months later in a rematch in Abu Dhabi.

After UFC 276, Volkanovski revealed he wasn’t at his best the second time around due to an unexpected visit from United States Anti-Doping Agency officials hours before the fight.

“Now I can say it, because I went and done that to Max,” Volkanovski said. “That second fight with Max, when I tell you I didn’t turn up, there’s a few things that happened. You obviously don’t know about USADA coming wake me up four hours before I had to get up, which is ridiculous. Don’t know how that happened and how that could happen. I’m over that.

“I ended up doing silly things as well. I took melatonin tablets thinking — it was just silly, and woke up like drunk. Not drunk, but [not right either]. So it was rough, it was rough, but I’m not the type of guy to make excuses, I’m telling you now because I got to shut everyone up, and now I’m telling this. I didn’t turn up, now he’s going to believe that because of what I just did tonight. That’s why I was so confident going into this one. I didn’t turn up, he turned up, and he still couldn’t beat me.

“It was halfway through my sleep,” Volkanovski continued. “They woke us all up and said that we’re gonna test him. Obviously my coaches and management were like, ‘What do you mean? What the hell?’ Obviously I woke up during the night to piss, [so] I couldn’t fill it up. I had to water load. The story goes on. I had to drink water so I could hurry up and piss so I could go to bed.”

Volkanovski’s best performance against Holloway came Saturday at the T-Mobile Arena, and he made sure to get his work done before revealing the USADA situation to the public.

“Now you watch that [second] fight, it probably makes a little sense. Now I can say it. I waited until now to tell you the full story,” Volkanovski said. “Look what I did. I forced everything. If you watch that fight, I had no reactions. My reaction time was way off. I had no reaction, no pace, everything was forced. I had to force everything, use my head to just force things to happen. But that’s the type of guy I am. Even when things were against me, I still stood my ground and forced things and made it happen. Look, I’m just sorta glad it happened because it made me even stronger.”

Should Volkanovski be in the discussion for the greatest MMA fighter of all-time after going 3-0 over Holloway?

“It’s not up to me, but I think you’d be a bit of a fool to not have me in conversations,” Volkanovski said. “Look at what I’m doing, look at the résumé, but, again, that’s not up to me. We’re doing good. We’re pretty impressive. What do you guys think? I know people are being pretty biased. I’ve talked about that, a lot of my speech was to stand up. Maybe some of you as well, stand up some of the haters.

“A lot of people needed to see me go out there and do that. I wanted to silence people. I don’t hold any animosity, I’m not angry, but some you needed that. Again, you can be biased if you want, but what I’m doing is pretty incredible, and for everyone watching, that’s what I mean by stand your ground. People are going to try to bring you down, whatever the way they can. I had people trying to get me down from all angles. I stood up and said, ‘Hey, look at me.’”

On a 22-fight winning streak now and victorious in five straight title defenses in the UFC, Volkanovski feels it’s time to finally get the respect he feels deserves from the fans on fight night, even if it means completing in Australia.

“I’m sick of getting booed, man,” he said with a laugh. “I’m a nice f****** and I’m getting booed every time I fight in other people’s countries. Everyone’s getting nice home crowd advantages when I’m the champion. This trilogy, I didn’t get to fight on my home turf at all. It was neutral ground and two on his turf. Let me f****** defend my belt back home, and we’re making it happen.”