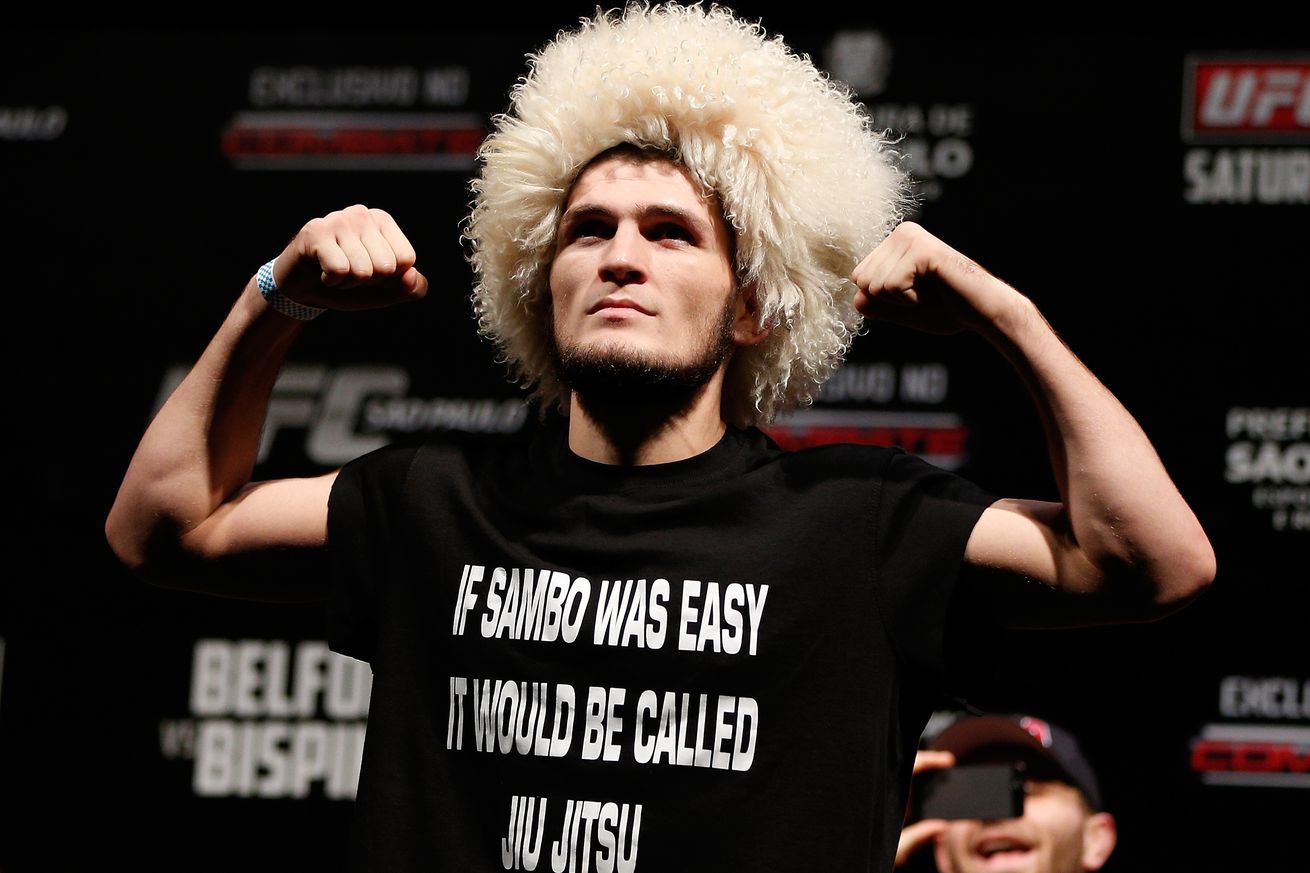 Khabib Nurmagomedov is campaigning for Islam Makhachev to face Charles Oliveira next for the vacant UFC lightweight championship, and said his longtime friend is open to traveling to Oliveira’s home country for the opportunity.

Oliveira was stripped of the 155-pound title after a missing weight ahead of his first-round victory over Justin Gaethje at UFC 274 this past May. The UFC has yet to decide what’s next for the Brazilian star, including the opponent, date, and location for a fight for the vacant strap.

Makhachev initially suggested UFC 281 as the pay-per-view for his clash with “Do Bronx”, a card planned for Oct. 22 in Abu Dhabi. Now, his team seems open to challenging Oliveira in Brazil. The UFC has no events scheduled for Brazil at the moment.

“This is not Islam or Khabib’s organization, this is UFC [and] they have owners. They make these decisions,” Nurmagomedov told Ag. Fight. “Ok, if they say Brazil, we’ll love this. Come to Brazil, fight with Brazilian champion and finish him with Brazilian jiu-jitsu style. I love this. What you think about this? It’s gonna be hard?

“I really believe Islam can finish him on the ground. I really believe this. Now you guys gonna judge me because Islam, but who cares? Who cares? If they say Brazil, OK, let’s go Brazil. Rio de Janeiro, Sao Paulo.”

Nurmagomedov’s third UFC bout took place in Brazil back in January 2013, when he stopped Thiago Tavares with brutal elbows on the ground. “The Eagle,” who retired as the UFC lightweight titleholder and later saw Oliveira claim the vacant throne, even wore a t-shirt at the official weigh-ins for that event that read “if sambo was easy it would be called jiu-jitsu.”

“I fight one time in Sao Paulo, Thiago Tavares,” Nurmagomedov said. “It was very short fight, one and a half minute, boom. Before fight everybody said I was gonna die. After fight, everybody take picture with me. It’s gonna be same thing with Islam and Charles Oliveira.”