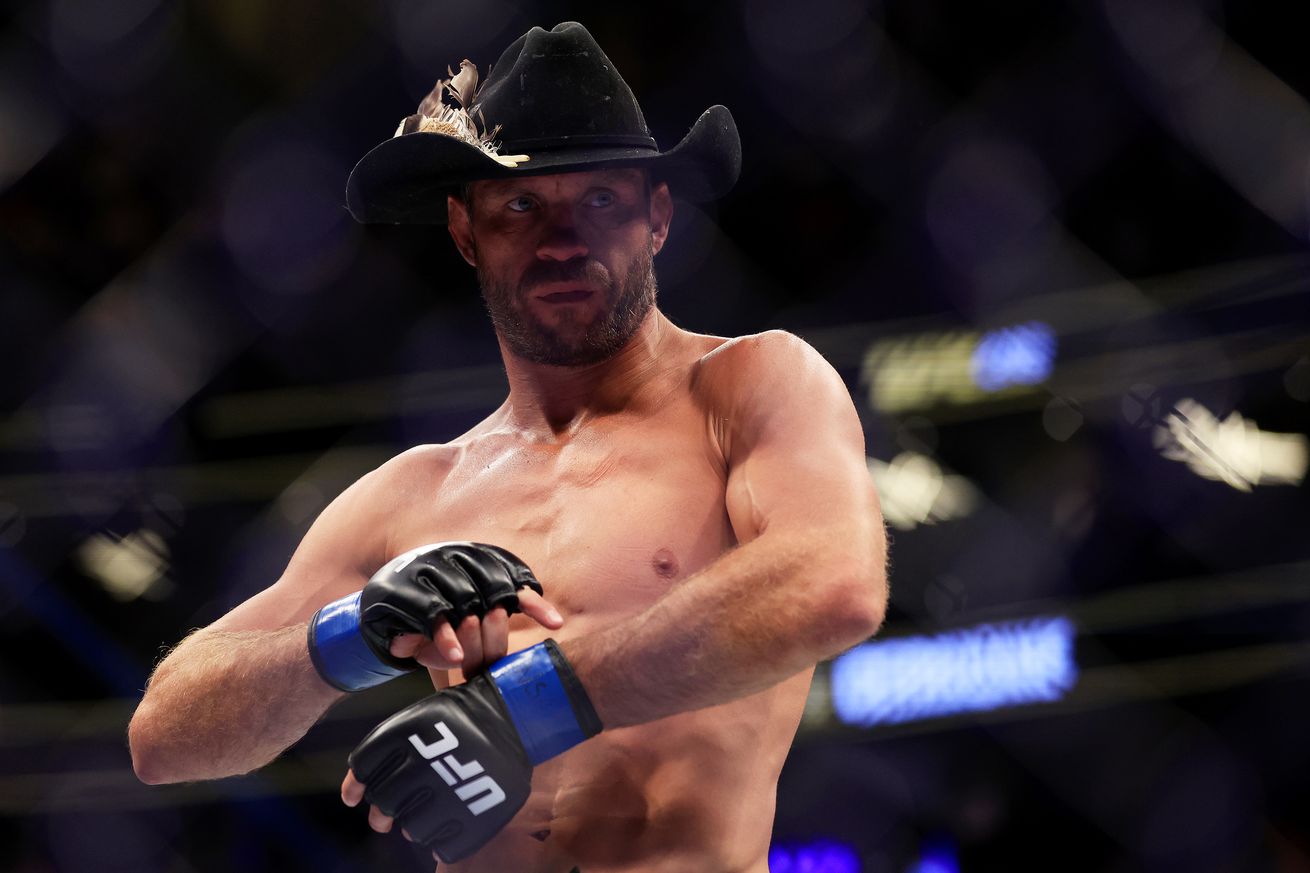 Cowboy Cerrone hung up his spurs at UFC 276 after 49 fights under the UFC and WEC banner.

Cerrone laid down his gloves in the octagon after submitting to Jim Miller at the 1:32 mark of the second round, giving Miller the official win and securing his spot as the winningest fighter in UFC history with 24 victories.

Miller, who was stopped via knockout in their 2014 meeting, narrowly avoided a repeat of history when Cerrone met a head kick with one of his own. The shot connected soundly, but Cerrone slipped on the mat, and Miller hopped on Cowboy’s neck to secure an arm-in guillotine.

UFC commentator Joe Rogan moved to interview Miller, who gave his longtime colleague the spotlight when the gloves came off.

Rogan fought back tears as he congratulated Cerrone on a long and decorated UFC career.

Here’s what fighters had to say about Cerrone’s retirement at UFC 276.

It’s been a honor Donald Cerrone you the man

Daaaaaamn! Cowboy pulling on all the heartstrings #UFC276

This is a sad for MMA but a new chapter for the “movie star” Legend @Cowboycerrone!! All love and respect my friend!! #UFC276

Congratulations @Cowboycerrone on an amazing career, thank you for all of the great fights. #Legend

The end of an era. The fighter I admired most when it came to living life to the fullest while being a competitor, @Cowboycerrone paved the way fighters like me. Thank you Donald. #UFC276

Mannn, I love Cowboy. Respect to a absolute legend and one of my all time favorite fighters. What a career @Cowboycerrone

Dang cowboy straight up legend of the sport #respect #ufc276