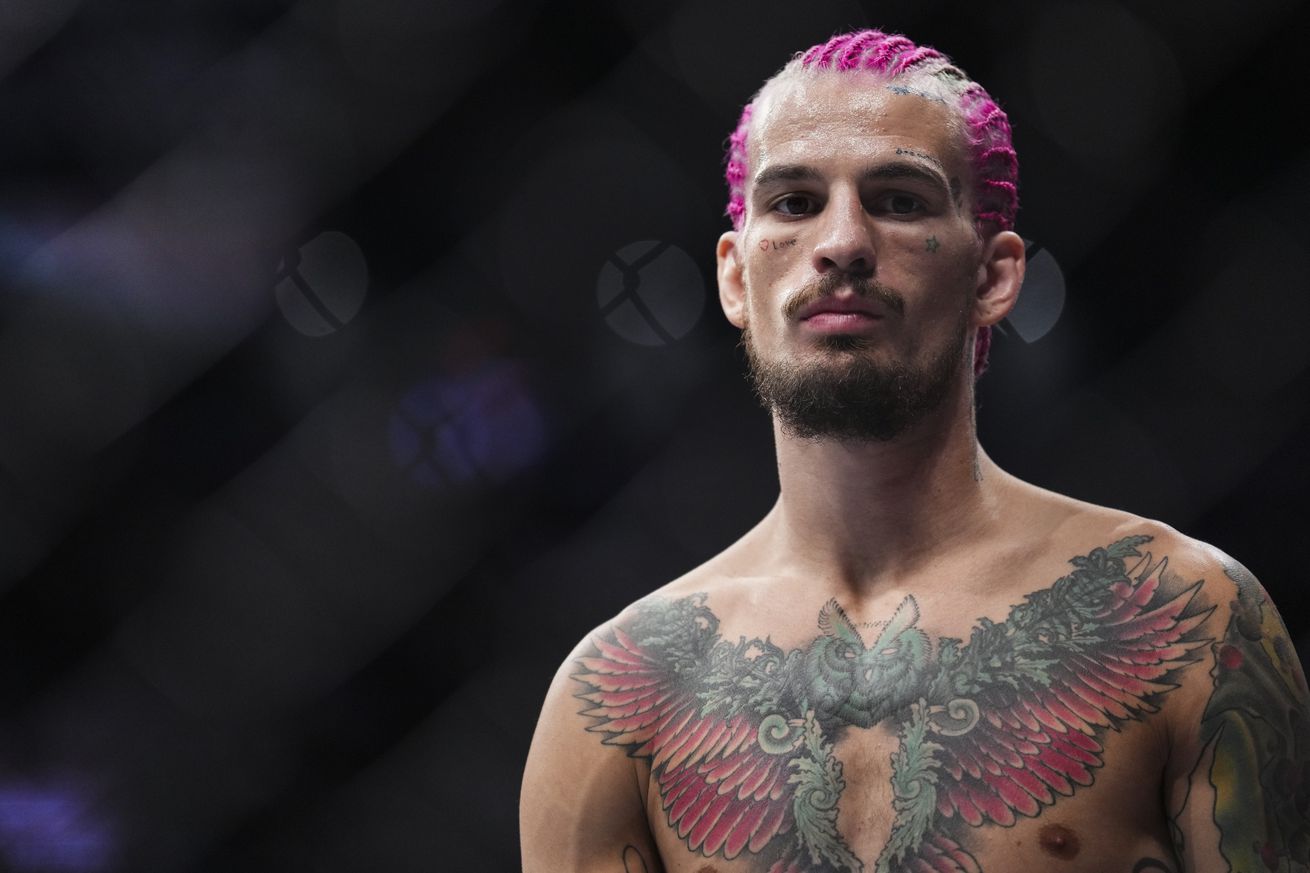 As Sean O’Malley addressed his no-decision against Pedro Munhoz at UFC 276 in a post-fight interview, he heard a familiar voice shouting at him from just a few feet away.

Former two-division UFC champion Henry Cejudo found his way backstage and decided to interrupt O’Malley to suggest a fight between them.

“Hey, Sean, if you want a matchup, he’s right here – I’d love a tune up,” Cejudo shouted in a video posted by ESPN’s Carlos Contreras Legaspi. “What do you say, precious? I’m good to go. When would you want to bend the knee? At what time? Cause I think you absolutely suck.”

Henry Cejudo @HenryCejudo was escorted out of backstage after he interrupted Sean O’Malleys post fight interview.

Cejudo was eventually pulled away from the interview area, but O’Malley jumped at the chance to respond during the post-fight press conference a few minutes later.

“That little fat-ass should stay retired,” O’Malley said. “He’s running around drunk in the backstage, [he] got escorted out. He was tripping over things. Running into things. Looks like he’s on drugs. Looks fat. I don’t know if he’s having a midlife crisis or what.”

In fact, Cejudo has been preparing for a comeback after he retired in 2020; he’ll be eligible to compete again later this year after undergoing six months of drug testing by the United States Anti-Doping Agency. He re-entered the testing pool in April, which means he should be eligible to return in October.

Obviously, O’Malley didn’t seem convinced, even after Cejudo seemingly called him out.

“He mumbled some words like [I was a tune-up fight],” O’Malley said. “Is that realistic? Does Henry come back? He looks fat as s***. Does he want to fight in three years? I don’t know.”

After the backstage altercation, Cejudo took to Twitter to respond to O’Malley, adding more fuel to the fire about a potential fight.

Given the animosity, Cejudo and O’Malley might have just talked their way into a fight, especially given the current lay of the land at bantamweight.

While Cejudo is an ex-champion, Aljamain Sterling currently holds the title, and all signs are pointing toward a title defense against T.J. Dillashaw in September. While Petr Yan is still without an opponent following his loss to Sterling earlier this year, Cejudo has already started building the anticipation for a showdown with O’Malley.