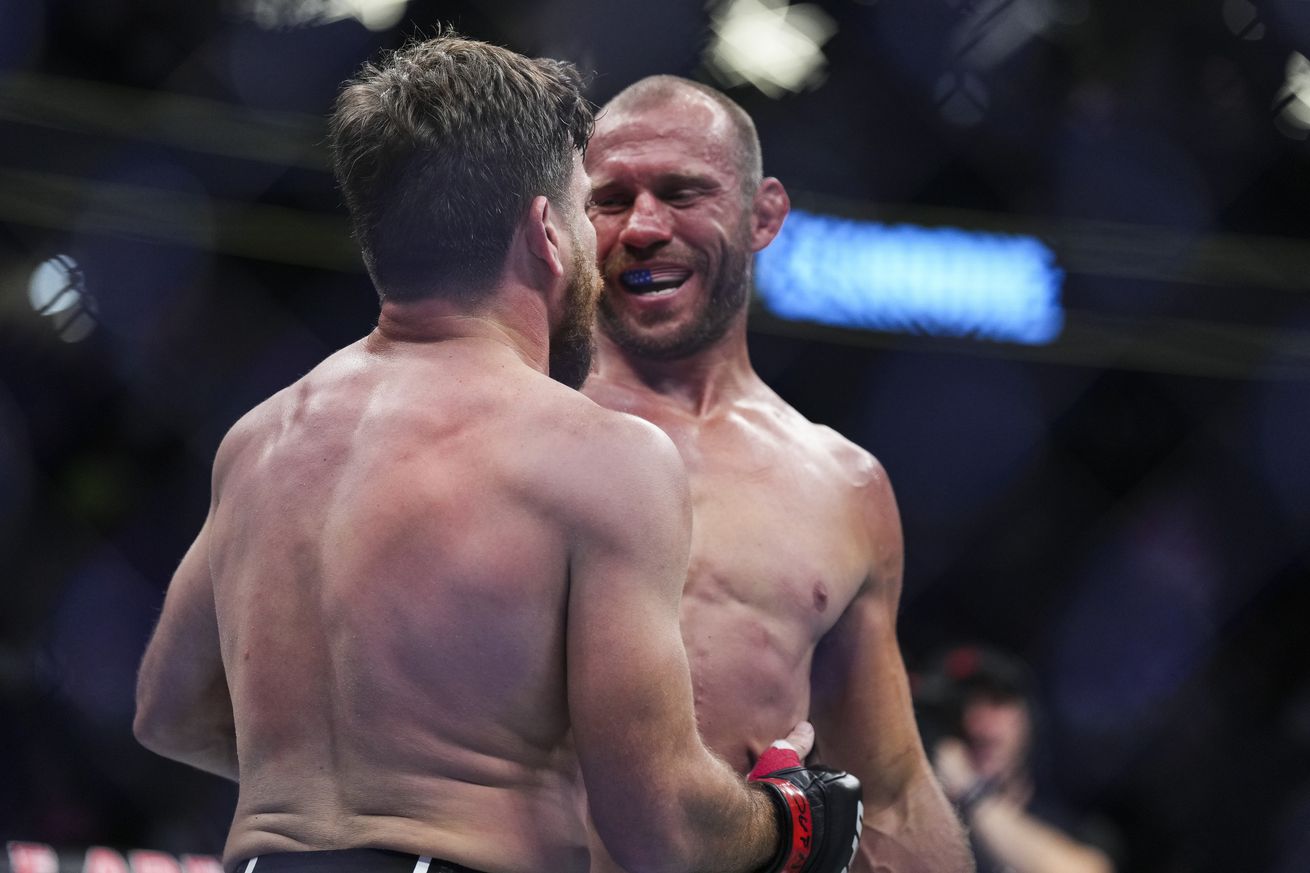 Watch Jim Miller vs. Donald Cerrone 2 full fight video highlights from the preliminary card of UFC 276, courtesy of the UFC and other outlets.

UFC 276: Adesanya vs. Cannonier took place July 2 at the T-Mobile Arena in Las Vegas, Nevada. Longtime UFC lightweights Donald Cerrone (36-17, 2 NC) and Jim Miller (35-16, 1 NC) locked horns in a rematch on the night’s prelims, with the victor set to become the all-time leader for wins in UFC history. The fight aired live on ESPN+ pay-per-view.

An action packed round 1 comes to a close

The last ride of an iconic career. Thank you @CowboyCerrone pic.twitter.com/LEF6Lnea6i

For more on Cerrone vs. Miller 2, check out the live blog by MMA Fighting’s Jed Meshew.

Round 1: Cerrone comes out orthodox while Miller is in southpaw to start and it’s Cerrone who takes the center. Miller appears to be noticeably smaller than Cerrone and the men start kicking almost immediately. Nothing major, but consistent low kicks from both to start.

Not a lot of note over the first two minutes. Kicks have been the priority from both men, to the legs and body. Miller has made a couple charges in but he’s being cautious about navigating the distance and when he does, Cerrone has landed a couple of solid intercepting knees.

Cerrone goes for a body kick and Miller catches it and drives on a takedown immediately, getting it. Cerrone is quickly attacking an armbar but Miller is able to turn with it and maintain top position. Miller is in the guard now and chipping away with elbows. Cerrone, meanwhile, working his legs high.

Cerrone is able to create space and a scramble and he eats some shots in the process but he reverses position! Now Cerrone on top and it’s Miller working the high legs. Cerrone may have been hurt in the scramble because he’s taking his time here, not offering much offense.

Cerrone is finally able to posture but Miller is keeping a solid defensive guard. Miller rolls on an armbar but Cerrone clears as easily as Miller did and then dropped onto a kneebar but he’s not close and the round ends.

MMA Fighting scores the round 10-9 Miller

Round 2: If you wanted to score that round for Cerrone, it’s not a bad score. He got the better of the striking and the grappling was mostly even, but the scramble damage edged it for Miller for me.

Round 2 starts and Miller comes out taking the center this time. Still cautious about the range though as Cerrone fires a teep into his gut. A nice exchange of left and rights happens with both men eating the shots well, then it’s back to the range and kicking.

Cerrone lands a head kick but he slips and as he gets up Miller jumps on the neck and dives on a guillotine! Cerrone has an arm in but it’s tight and Miller has full guard! Cerrone trying to find an angle but he can’t and he’s forced to tap!

Jim Miller def. Donald Cerrone by submission (guillotine choke) at 1:32 of Round 2. Jim Miller is now the all-time leader in UFC wins.