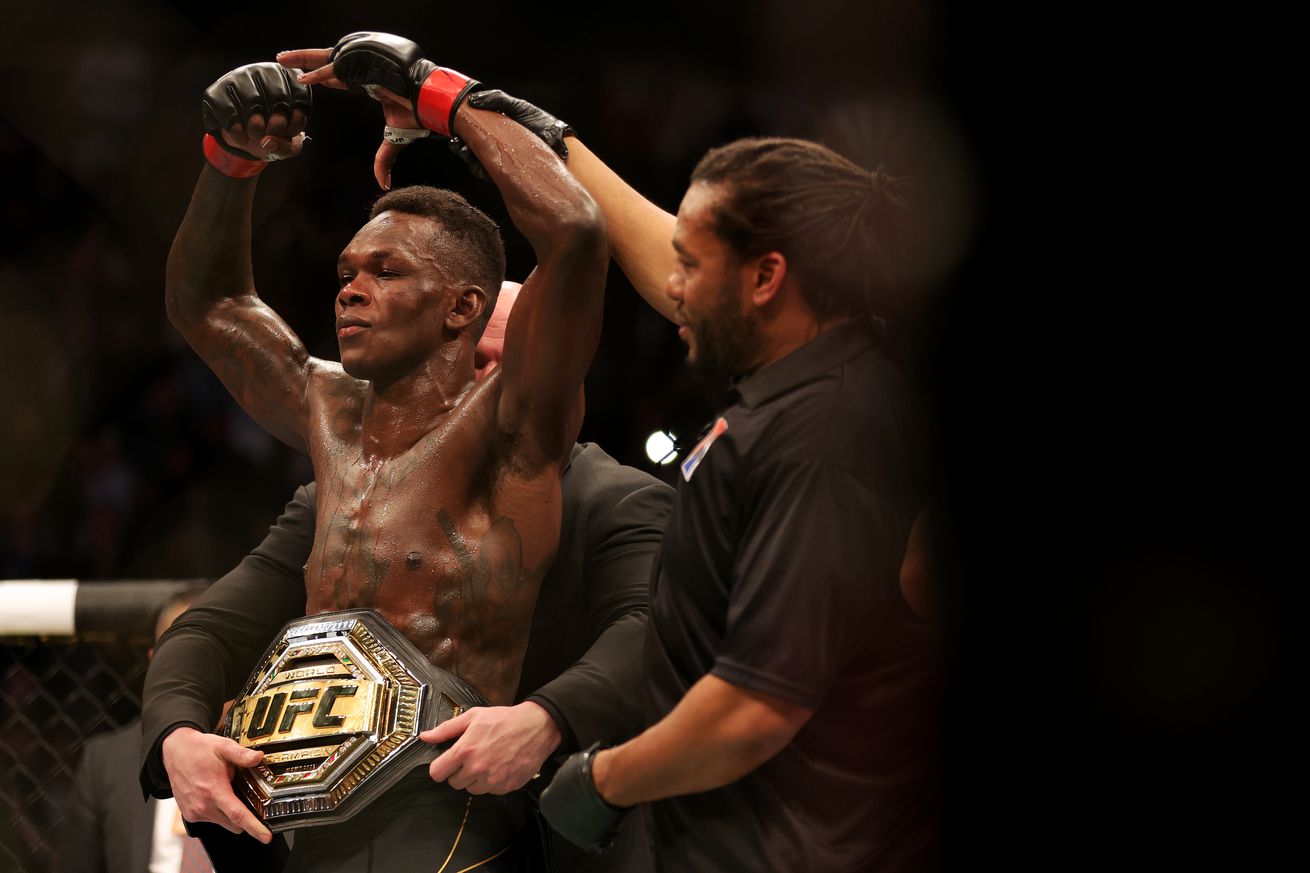 Israel Adesanya is excited for UFC 276 because he finally gets a new opponent to fight.

This weekend, Adesanya puts his middleweight title on the line against Jared Cannonier in the main event of UFC 276. After fighting rematches for his previous two title defenses, against Robert Whittaker and Marvin Vettori, Adesanya now faces a fresh opponent for the first time in over a year, and it’s one he’s had his eye one. Adesanya spoke about potentially fighting Cannonier back in 2019, but Cannonier ended up losing to Whittaker, delaying his rise to a title contention. But with a win over Derek Brunson in February, Cannonier finally earned his shot, and the middleweight champion explained what made Cannonier stand out in the first place.

“His spirit. His fighting spirit and his essence,” Adesanya said at the UFC 276 Media Day. “I recognize that because I’m an empath myself, so I can kind of feel the energy from a great man and a great fighter. I like to take care of these guys. You know me, I call out all the greats, and I saw that in him early on before you guys did, and I tried to boost him up. He fell short once and then came back and proved his worth as the next contender.”

With a 5-1 record at middleweight, Cannonier currently holds the No. 4 spot in the MMA Fighting Global Middleweight Rankings and is a legitimate contender for the title. That being said, the middleweight champion doesn’t believe “The Killa Gorilla” will offer him too much trouble. Mostly, he’s just happy to have a new challenge.

“I don’t feel [that he poses a threat]. I feel like he poses a danger the same way all my past opponents posed threats,” Adesanya said. “But they keep talking about power, ‘Power, power, power.’ You ever heard that before when someone fights me? Power this, power that. It’s the same old song. F****** get it off repeat, get me a new song. I’m just glad I have new blood to fight in this fight. So yeah, it’s time to eat…

“It’s new blood, and I feel like a vampire right now. I’m dark. My people around me know, they know how it is when it comes to this part of the camp, fight week and the timeline that we’re in right now. So yea, new blood. I like having new blood. The last two, the Vettori one I got bored, the Robert one I was waiting a little bit and I didn’t like that from my performance. So I like having new blood and I like having to rise to the occasion. That’s the difference between me and him, I’m used to the spotlight. I’m used to all this s***. He’s not. He’s new to it. I feel like he’s man enough and mature enough to handle it, but not like me.”

And given his level of confidence, when it finally comes time to make the walk at UFC 276, Adesanya said that fans can expect another showcase performance.

UFC 276 takes place this Saturday at the T-Mobile Arena in Las Vegas.