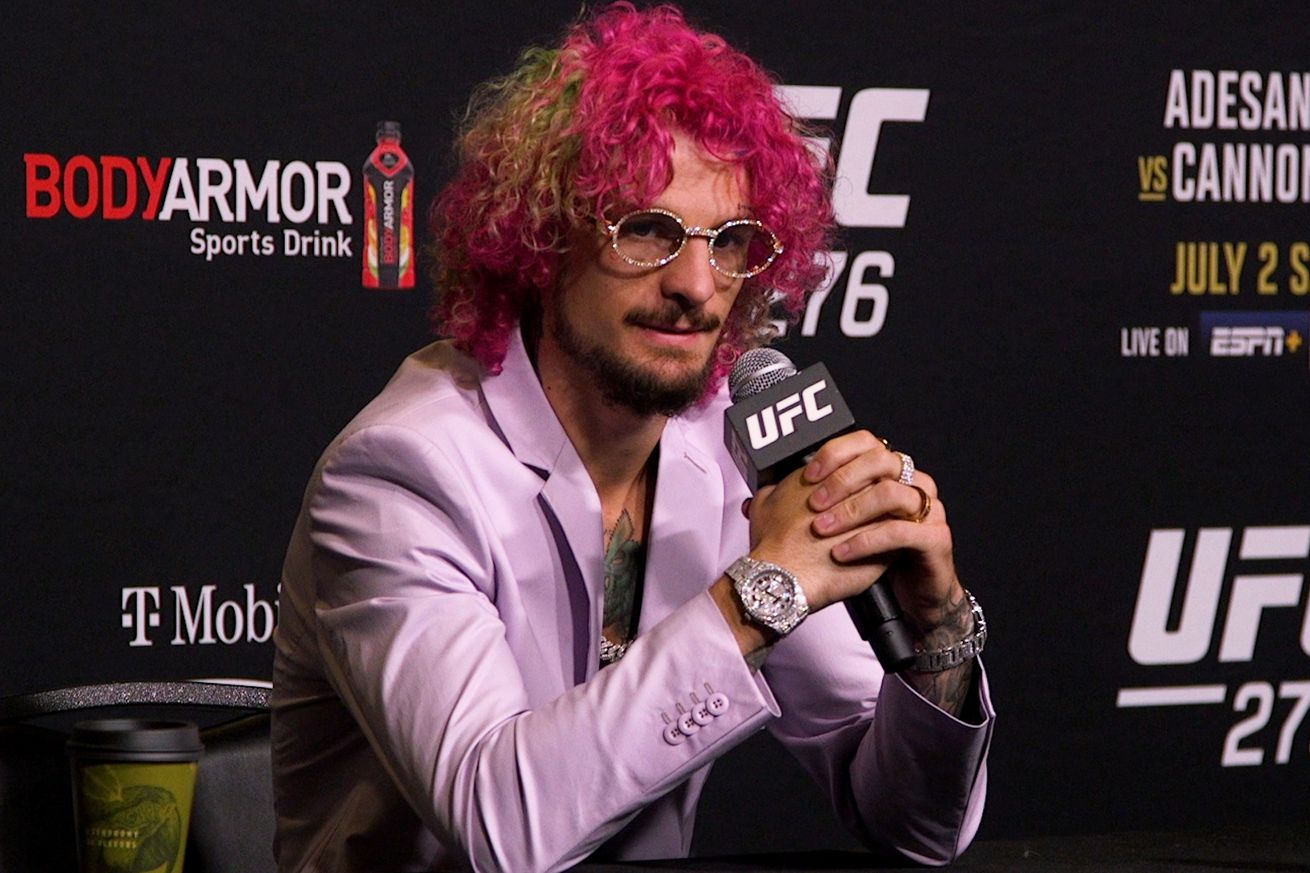 Sean O’Malley expects to be the first fighter to knock out Pedro Munhoz when they meet at UFC 276. That doesn’t mean he expects to get credit for it.

The bantamweight UFC star has made peace with the idea that whatever he does, his talent won’t be recognized by a certain subset of fans. They’ll just keep moving whatever goalpost they set before the fight.

“I could submit Khabib and people would be like, ‘Yeah, but,’” O’Malley said Wednesday during a media day in support of Saturday’s pay-per-view event at T-Mobile Arena. “Something. They’d say something.

“So I pay no attention to what the negative fans say. It doesn’t matter to me. Yes, I’ll go out there and finish Pedro, and yes, it’ll be like, ‘Yeah, but,’ so it doesn’t matter.”

O’Malley has put himself squarely in the crosshairs of haters as a brash fighter with a colorful image. It certainly hasn’t been his multiple knockout wins in the octagon, so he’s embraced the attention whatever form it’s taken.

Call it arrogance, cockiness or confidence, O’Malley said it’s his part of his mindset to believe he’s the superior fighter.

“Anybody my weight class, I could see me standing across from them and knocking them out,” he said. “I’ve done it over and over and over again – it’s hard not to envision that. Everyone I fight, I knock out, so that’s just how I see this fight going. That’s how I see any fight that I’m ever going to be in going, just me putting my hands on their chin enough times, and they’ll fall.”

Munhoz has poked fun at O’Malley for not recognizing his previous fall, namely a TKO loss against Marlon Vera that marked his first professional setback. On Saturday, the Brazilian will get his chance to dash his opponent’s prediction.

O’Malley believes that with a few more pieces of highlight-reel footage, he’ll be on his way to a title shot.

“There’s a little Russian dude running around saying no one wants to find him,” said O’Malley, referring to ex-champ Petr Yan. “That’s an option. [Rob Font] might be an option; he got beat up a few times, so it might not be. The division’s crazy right now. A lot of guys are already booked. We’ll just have to see how the fights play out in the next couple of months.”

Maybe when he’s holding the belt fans will give him more respect. But he’s stopped waiting for it.