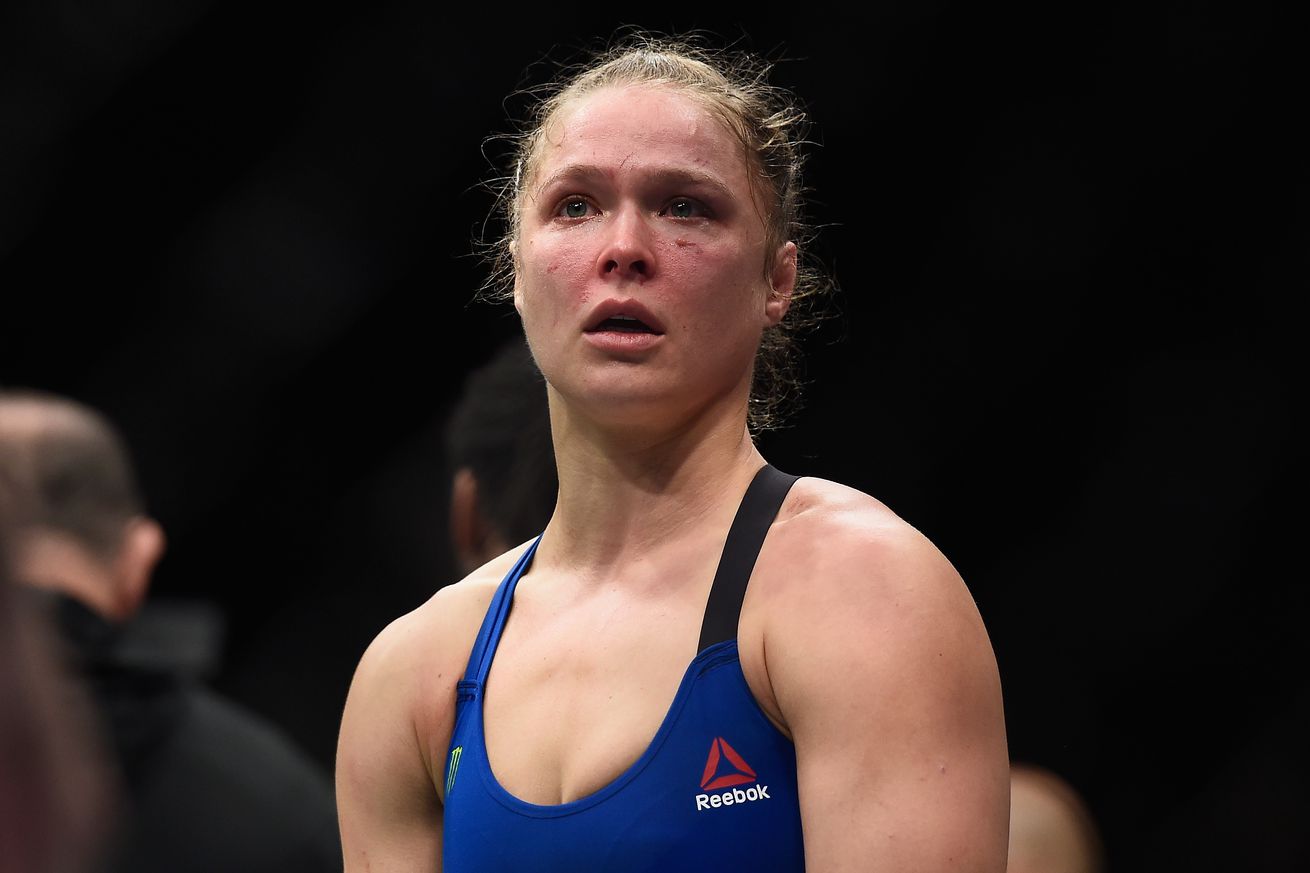 Ronda Rousey rarely looks back on the end of her MMA career, but that has started to change for the UFC Hall of Famer in the years since her final fight in 2016.

Rousey infamously walked away from the sport following back-to-back knockout losses at the hands of Holly Holm and Amanda Nunes. At the time, “Rowdy” took the losses hard. Following the Holm loss, she admitted to experiencing suicidal thoughts and questioning her self-worth if she was no longer seen as a UFC champion. Rousey ultimately hung up her gloves for good less than a year later and began a transition to professional wrestling, where she continues to work as the current WWE SmackDown women’s champion.

On Tuesday, in an interview with fellow UFC Hall of Famer Daniel Cormier for his YouTube channel, Rousey peeled back the curtain a bit regarding what that time in her life was like.

“I think it was difficult [to quit] in both judo and MMA, in that everyone else felt that they wanted more from me,” Rousey explained. “Like, in judo you peak in your mid-20s. I medaled at 21 so I was going to be 25 for the next Olympics. Everyone’s like, ‘Oh, this is it! You’re going to be the first [American woman] to win an Olympic gold!’ And I didn’t want it anymore, and I couldn’t do it for everybody else.

“And I think that’s a mistake that I made with MMA, was when I got to that point where I didn’t want it anymore, I kept doing it for everybody else.”

Rousey didn’t specify when it was in her UFC run that she realized her passion for the sport had started to wane, however she admitted that it took her end-of-career setbacks to finally understand that she was staying in the sport for all of the wrong reasons.

“You’re like a novelty on TV every couple months, whereas that’s your every day and your reality. And yeah, I think that setting boundaries with that relationship of everybody else, and not doing things for them and doing things for you, even though you won’t be understood, I think that was the hardest part — letting go of that need of feeling understood, because no one’s ever going to.”

Regardless of how her MMA run ended, Rousey remains a trailblazer for the UFC and a legend of the fight game. She was the first female UFC champion and still holds UFC records for the fastest win in a women’s title fight, the longest finish streak in title fights, and the second-longest streak of consecutive title defenses for a woman in the promotion’s history. She was also one of the biggest mainstream stars the sport has ever produced.

But Rousey admitted that she has divorced herself so much from MMA these days that she didn’t even watch the latest shocker in her former division, when Julianna Pena stunned Nunes at UFC 269 to finally wrest away Rousey’s old UFC bantamweight belt.

“I honestly didn’t watch it,” Rousey said. “I don’t really watch fights anymore. I know too many people on every card, I get hurt. It’s different if it’s like NASCAR, you know? Like, I don’t know any of these people and the cars smash and it’s like, ‘Woo! It’s cool!’ But when you care about every person and it means something to you, and you know what it means to them, I can’t disassociate myself the way I used to from fighting, and watch somebody have a bad day and just be like, ‘Well, the other guy looked great, didn’t he?’

“But [my husband former UFC fighter Travis Browne] is always like, ‘Fighting is so much of who we are and how we met,’ and he’s trying to bring it more into our lives.”

Nonetheless, Rousey echoed previous sentiments that the one fight that would “mean so much” to her that it’d convince her to return to MMA would be a “dream matchup” against fellow trailblazer Gina Carano.

When asked about the potential bout earlier this week, Carano indicated she was open to the idea.

“You know what? Just never put it past me,” Carano said on FOX News. “It could happen.”

Rousey’s complete interview with Cormier can be watched below.