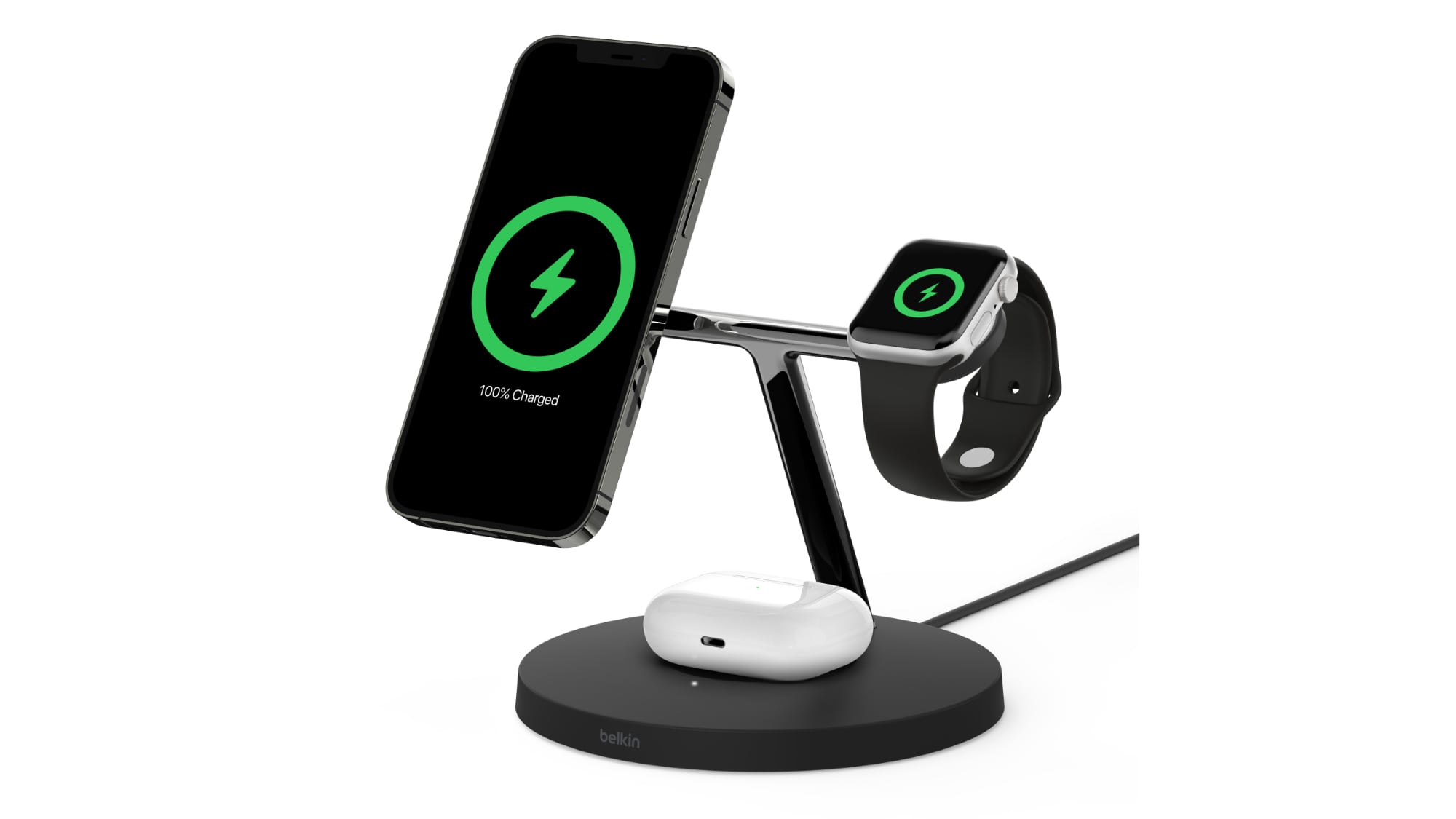 Belkin today announced the launch of an upgraded Boostcharge Pro 3-in-1 Wireless Charging Stand that’s designed for the iPhone, Apple Watch, and AirPods. Compared to the prior-generation model, the new 3-in-1 charger features fast charging support for the Apple Watch Series 7.

The upgraded Apple Watch charging puck is able to charge an ‌Apple Watch Series 7‌ from 0 to 80 percent in approximately 45 minutes, which is the same charging speed as the charging puck that ships with the Series 7 models. Faster charging is a Series 7 exclusive feature, with older Apple Watch models charging at standard speeds.

The included MagSafe charging puck is able to charge Apple’s ‌MagSafe‌ iPhones at up to 15W as it is using the same ‌MagSafe‌ charging technology as Apple’s own ‌MagSafe‌ chargers. Along with Apple Watch and ‌iPhone‌ chargers, the Belkin 3-in-1 charger also has a 5W charing space for the AirPods Pro and AirPods with Wireless Charging Case.

Belkin is including a 40W power adapter with the Boostcharge Pro 3-in-1 Wireless Charging Stand, and it can be pre-ordered from the Belkin website as of today for $150. Apple retail stores will begin carrying the charger starting in June.